Kansas vs. Missouri: The End of the Border War 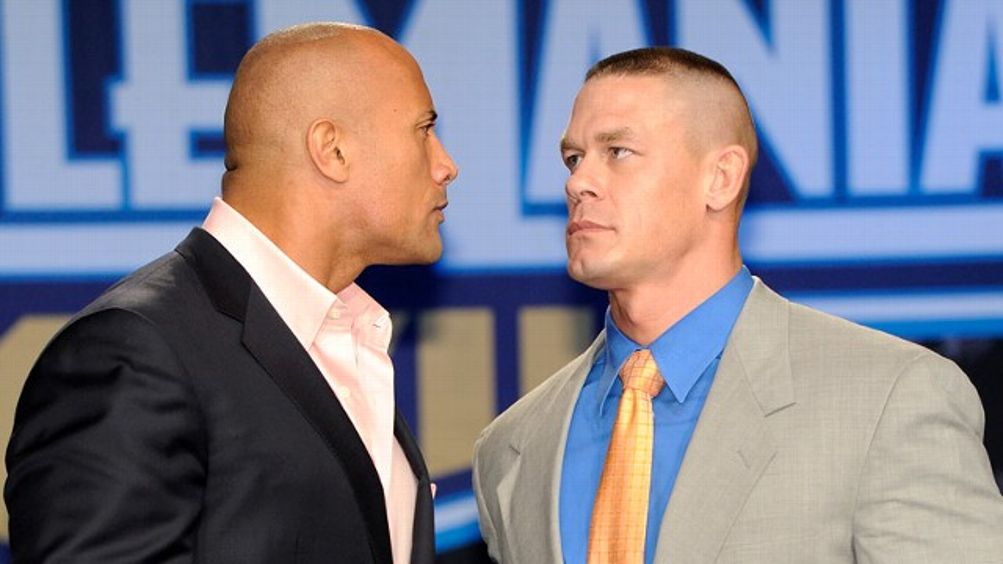 Not long before iconic 1970s and ’80s wrestler Bruiser Brody was killed by a colleague in 1989, he gave a no-holds-barred interview on the state of wrestling and what goes on behind the scenes. He talked at length about his days producing the WCCW1 telecast. After the interviewer asked if anybody — outside of the business — knew about that, Brody paused, mild consternation creasing his scarred forehead. “I don’t think it’s good that anybody knows that I produced that show,” he said. And then, referring to having stated his real name earlier in the conversation: “I don’t think it’s good that anybody knows I’m Frank Goodish.”

I have no idea who the interviewer was, or why he recorded it. But three years ago, somebody uploaded the video to YouTube, and Internet apocrypha was born: This was the first shoot interview, the Dead Sea Scrolls of pro-wrestling postmodernism.

To many in-the-know wrestling fans, shoot interviews inhabit a place of great significance in the appreciation of the sport. While a worked shoot, like CM Punk’s tirade from last summer, is the staged manipulation of reality within wrestling’s peculiar unreality, a plain shoot2 is the real thing, raw and divorced from any narrative manipulations. Sometimes these shoots occur during a wrestling event, as in the dying days of Power Pro Wrestling, when Doug Gilbert mentioned that his rival, Brian Christopher, was only champion because his father was regional honcho Jerry Lawler. He also repeated allegations that Lawler raped a 13-year-old girl (the victim recanted) and said that the company’s owner smoked crack. It’s unclear whether Gilbert was told to shoot and just went too far, or whether he went off-script unilaterally. More often than not, however, shoots are conducted away from the wrestling world.

These shoot interviews, hundreds of which populate YouTube, are generally conducted by enterprising wrestling websites, and always feature an unemployed wrestler of some former eminence. They’re usually shot backstage at a convention, in an office or back room, with a camcorder trained on the subject while an interviewer asks questions about the backstage dealings during their time in WWE or WCW. Just about everybody who has ever left WWE with an ax to grind — or anyone who’s too old to care about future employment — seems to have recorded a shoot interview. It’s so common that some of them have even been rehired by WWE, despite the fact that such interviews break kayfabe, the collective suspension of disbelief on which pro wrestling relies and the industry’s most sacred tenet. These are modern times, after all. In the Reality Era, even the rules of kayfabe are made to be broken.

In the early days of the Internet, you defined yourself as a superfan if you were a tape-trader, somebody who would mail dubbed VHS cassettes of great matches, often from faraway regional federations or even foreign countries, in promise of receiving similar tapes from a message-board pen pal. These were fans so zealous that even horizontal static and Japanese announcers couldn’t dissuade them. In the days of YouTube, though, superfans prefer the shoot interview — the extreme of knowledge, if not experience. It’s a weird effect of the Internet age that extends beyond wrestling — we care more about inside dirt than actual knowledge.

Shoots like Brody’s and Gilbert’s used to be shocking and rare. Nowadays, they take up more airtime than actual wrestling. Just look at the past month or so. Heading into WrestleMania on April 1, WWE has sent its storylines into a spiral of reality-based monologue.

Monday, March 12’s episode of Raw opened with a John Cena “rap” — technically, it was more like a freestyle poetry slam — and ended with a “rock concert” by The Rock. The latter performance amounted to 10 minutes of The Rock parodying Cena to the rough tune of “Heartbreak Hotel” “Jailhouse Rock” and then mangling a cover of “We Will Rock You.” It wasn’t exactly a stirring prelude to their upcoming WrestleMania meeting. For two guys — two wrestlers — who profess to hate each other, they seem oddly content to do little more than talk trash, but at least their musical showdown wasn’t just talk. Talk seems to be the guiding principle in their feud — they’re amped up and pissed off, but they won’t get in the ring with each other. It’s all Mania, no Wrestle.

The Rock-John Cena rivalry stretches back to before last year’s WrestleMania, when Rocky hosted ‘Mania and interfered in Cena’s bout with The Miz. The next night, they agreed to a fight at WrestleMania 28. Presumably, WWE thought that a match so big — the biggest star of this era versus the biggest star of the previous one — deserved a full year of hype. If that seems like too much buildup, well, it wasn’t — their interaction in the meantime has amounted only to one reluctant team-up at Survivor Series and a few in-ring insult contests. And even with a year to manufacture some beef, the roots of their animus exist only in broad strokes — Cena thinks Rock is a sellout and Rock thinks Cena is lame. Ever since The Rock returned to WWE in a “full-time” on-screen role several weeks ago, he and Cena have spent most of their screen time badmouthing one another to the fans; on the few occasions when they’ve shared the ring, they both seemed ill at ease. It’s easier to talk trash when you’re not facing your adversary. And it’s easier to sing a song, apparently, than to throw a punch.

The CM Punk-Chris Jericho feud, which many have seen as the “real fan” respite to the Rock-Cena hype show — is nominally about which of them is the “best in the world,” a mantle Punk has claimed recently but that Jericho has insisted upon in many of his previous incarnations. Despite the physical interaction they’ve had in the run-up to WrestleMania, they both seem oddly content to defer to verbal sparring, which is odd for two guys so confident of their preeminence. In the past two weeks, Jericho has, for no apparent reason, turned to bringing up Punk’s family history of substance abuse (Punk himself is straight-edge) to needle his adversary. The net value of alcoholism storylines in WWE over the years — Road Warrior Hawk, Jake “The Snake” Roberts — hasn’t come out positive, unless you count “Stone Cold” Steve Austin’s six-year run at the top, but regardless, it all seems wholly unnecessary.

The six-on-six match between the proxies of Raw GM John Laurinaitis and Smackdown GM Teddy Long3 is built on the power struggle between Laurinaitis, a hilariously booable wrestler turned WWE talent wrangler whose recent turn playing himself on TV has been mostly revelatory, and Long, an ineffectual on-screen personality whose chief attributes are his wrestling-world tenure and familiarity. Not only are these men not wrestlers — not that that has ever been a disqualifier for entry into WrestleMania — there is no chance that they’ll ever come to blows. Sure, they toss off their sport coats and act really mad, but Long never engages in physicality, to the point that we can assume he’s medically unable to do so.4 Which is to say that when the fighting finally starts in this one, it’ll be a sidebar to an imaginary front-office argument.

I guess I should give credit to the Kane-Randy Orton feud for its consistent brawling, but the action has been so slapdash and so obviously aimed at Mania that on Friday night, Orton came to the ring and straightforwardly asked Kane why they’re feuding, and Kane explained in his usual demonic, long-winded way. “That was very enlightening,” Orton said, and he challenged Kane to a fight. Kane politely demurred. He wanted to save it for WrestleMania. If a maniacal monster can be patient, I guess us fans should also wait, right?

Perhaps the most representative feud heading into WrestleMania has been the Hell in a Cell cage match between Triple H and the Undertaker. It’s an unabashedly meta storyline, a grudge based on whether a match will take place. Undertaker appeared a few weeks ago — for the first time since last year’s Mania — and, in a reference to the setup of their match last year, challenged Triple H to a staredown. Triple H declined because, as CFO COO of the WWE, he has to put away childish things like physical grievance and be more concerned about the Undertaker “franchise.” After Taker and Trips debated this point, Shawn Michaels — Triple H’s buddy and Taker’s opponent in WrestleManias 25 and 26 — showed up to discuss the potential match. Last Monday, the three of them got in the ring together and talked it over again. This all amounts to five separate conversations, and despite Triple H’s protestations about ending Undertaker’s career, there seems to be little ill will between Undertaker and Triple H.5 Two giants of wrestling’s last decade in a dangerous, high-profile match will always drum up some interest,6 but as high as the stakes are, this bout seems more like a “Reality Era” storyline than anything Triple H did with Punk last year. It’s a feud based on whether or not to have a match, and whether business is more important than “the business.” They’re giving us backstage dialogue and expecting it to add up to a brawl. When Taker and Triple H start bloodying each other, one will be bound to wonder what they’re both so pissed off about.

This all suggests that WWE has finally heard the call of fans who care more about talk than, you know, wrestling. People like to say that wrestling is “a soap opera for men,” but as someone who’s watched more than a few episodes of Days of Our Lives, I can say that soap operas have more fistfights than Monday Night Raw these days. Maybe it’s just a byproduct of the level of planning that goes into the WrestleMania card, that WWE planned all these matches weeks and months ago and they’re just treading water in the interim. In many ways, it’s the direct opposite of the summer season that saw CM Punk catch lightning in a bottle last year; that period in the wrestling calendar is always more fluid, more open to sublime happenstance. The road to WrestleMania is pure, choreographed capitalism.

One cannot listen to all the talk between Cena and the Rock, Punk and Jericho, and ‘Trips and ‘Taker without hearing echoes of the Summer of Punk — the Undertaker’s corporate value, Punk’s alcoholic dad, Cena’s barbs about Rock’s writing team and Rock’s barbs about Cena having a wife.7 If this is the fruit of the Reality Era, a wrestling world in which “real talk” is interchangeable with violence and where fans have chosen shoot interviews over wrestling tapes, if we’re bound to a “reality” where feuds aren’t fights but discussions, then it’s just rotten fruit.

Over the years, WWE has scrubbed the word “wrestling” from their glossary as best they could. Wrestlers are “superstars” or, more casually, “competitors,” and WWE no longer stands for “World Wrestling Entertainment” — it’s just plain WWE. I guess it shouldn’t be surprising that they’re pulling the wrestling out of the product so cavalierly. It’s like Coca-Cola changing its name to “Coke” and messing with the recipe. Just because they suddenly say wrestling no longer exists doesn’t mean we won’t remember it.

Despite the monotony of the buildup, however, I’m sure WrestleMania will be good. I mean, it won’t be a four-hour monologue — it can’t possibly be, right? When Rock and Cena or Punk and Jericho or Triple H and the Undertaker are going at it in the ring, we probably won’t even remember all the conversation that went into the buildup. We’ll just be thinking, Now this is wrestling. Regardless of what they want to call it.