A lot to Love … so the Bruins get kiss of death

Editor’s Note: Bill Simmons wanted to run his NCAA tournament predictions today, but since his wife beat him for two straight years with NFL picks, we were much more interested in getting her take on March Madness. Simmons might still file his own predictions Wednesday. Frankly, we don’t care either way.

The best part of the NCAA tournament is the Final Four. It’s exciting and it’s also a finish line of sorts. The words “Final Four” mean to me that “Maybe my husband is about to get up off the couch for the first time in three weeks!”

Bill’s defense is “I need to watch everything because I’m writing about it.” I have no comeback for this one because it’s probably true. But for the past two years, he wrote diaries of the first two days and invited his friends to come to L.A. and join him. They didn’t move for 14 hours each of those days. I was trying to be a good hostess, so I made them food and even drove to Oinkster last year when I was pregnant and battling morning sickness. Every time I went into Bill’s man cave, the room smelled like unshowered guys and farts, and there were newspapers and brackets everywhere. What bothered me is it seemed like they were having a great time!

GET IN THE GAME

Think you’re an expert on the NCAA tournament? Prove it by playing ESPN.com’s Tournament Challenge.

I just don’t understand men at all. If my friends came to visit me, we’d hike at Runyon Canyon; we’d go to Disneyland; we’d go shopping; we’d go get lunch; we’d go to the beach. We live in L.A.! Bill calls his friends and says, “Want to fly cross-country and watch TV for three days with me?” and they’re hopping on the next plane out. This year, I thought we were getting a break because Bill’s new man cave didn’t get finished in time for March Madness. I knew his friends weren’t coming, but I didn’t know there were first-round games in Anaheim and Bill will be going to four games Thursday and two Saturday. So instead of never leaving the house for the first two rounds, he’s leaving the house for two entire days. Wait, that’s a good thing! What am I saying? I wish the entire tournament was in Anaheim.

The good news is I am going to beat his picks and make him look dumb again. For the first two rounds of picks, Bill jotted down the notes for what I said to myself as I was making the picks, then e-mailed those notes to me and I rewrote them into what you’re about to read. For the Elite Eight and Final Four picks, I ran out of things to say, so I wrote those parts myself without help from Bill.

UNC (1) over Indiana (8): My friend Gwen just had a baby in North Carolina. That settles that.

Washington State (4) over George Mason (12): The state of Washington gave me “Singles” and Pearl Jam, so that’s worth a Sweet 16 vote. Some good news in that I now know who George Mason was, although I can’t tell you exactly what he did. Maybe we should be watching that John Adams show on HBO a little more closely. Dumb question but is George Mason where the Mason jar came from? In college, we had a special Mason Jar Night where you got a whole beer in a Mason jar for $1. That brought me almost as much happiness as Eddie V. Another dumb question: Why would John Adams get a miniseries before John Hancock when John Hancock has a building, company and signature named after him? I am much more interested in him and Sam Adams.

Louisville (3) over St. Joseph’s (11): Rick Pitino’s team can’t lose to a little school like St. Joe’s. I had fun at the Kentucky Derby two years ago, even though Bill claimed he couldn’t get me and my friends good seats, and we had to sit in the infield with all the other grunts who didn’t have connections. If Bill went to the Derby, you know he’d end up in Ashley Judd’s special suite or riding on the horse with one of the jockeys, but his wife gets stuck in the rain with college kids and homeless people. This is what I get for marrying an only child.

Tennessee (2) over Butler (7): Bill was watching Memphis play Tennessee recently and said they were the two best teams, so I remember that one. He doesn’t think I pay attention, but I do. Unless he’s having an annoying sports call with his friends. Then I start slamming cabinets and thinking of ways to make the dogs bark.

Villanova (12) over Siena (13): I’ve always liked the name “Villanova.” That would be a great name for a band or album.

USC (6) over Wisconsin (3): This is the real-life matchup and result if Bill takes the Milwaukee Bucks GM job: I will be choosing Southern California over Wisconsin and living off 50 percent of Bill’s salary.

Gonzaga (7) over Georgetown (2): Georgetown plays UMBC in Round 1. What does that stand for? University of My Basketball College? I get sucked into Gonzaga every year, all the Gonzaga kids look like the Brady Bunch boys. Which reminds me: “The Bachelor” started Monday night, and it was a competitive first show because girls were doing everything to impress the bachelor, including singing, arm wrestling and playing the clarinet. It was like a beauty contest for crazy people. But they always have one black contestant who makes it two rounds before she gets voted off — Bill always compares her to Gonzaga because she’s an underdog who never makes the Final Four. Anyhoo, this year’s bachelor is A HOT GUY FROM BRITAIN and seems to really like this year’s black contestant, so maybe she will make the “Final Four” before Gonzaga does! The other highlight from last night other than THE BACHELOR BEING REALLY HOT was a woman with fake lips who got tanked, fondled the bachelor’s knee and gave him her panties before passing out face-first on a bed. I love this show. Ladies, did I mention that THE BACHELOR IS SMOKING HOT????

Memphis (1) over Oregon (9): I like Memphis because of the barbecue, the music, Graceland, the Peabody hotel and because it’s J.T.’s birthplace. Five good reasons.

Michigan State (5) over Pittsburgh (4): I will bite my tongue about Pittsburgh because I got in trouble the last time and don’t want a coal miner to beat up Bill. But who wouldn’t want to live in Michigan over Pittsburgh? I like the lakes.

Marquette (6) over Cornell (14): Maybe I could talk myself into the Bucks GM thing if we lived somewhere near Marquette; I always thought it seemed like a nice school. Also, I’d be considered a twig if we lived in Wisconsin. Everyone would tell me how skinny I was all the time and ask me where I worked out and what I did. I could introduce the women there to pilates and explain to them the dangers of brats and cheese curds. I like the thought of being regarded as an exercise pioneer even if it wasn’t true.

Miami (7) over Texas (2): Texas plays Austin Peay in the first round — every time I fill out a pool, I laugh that there are schools named “Oral Roberts” and “Austin Peay.” I swear they make these names up for people like me.

UCLA (1) over Brigham Young (8): Bill liked Texas last year, and he likes UCLA this year. How annoying! His defense is they killed basketball at his college so now he gets to root for whatever team he wants. I translated that to mean that if something ever happened to me, God forbid, he is going to have a series of meaningless flings and hopefully end up with syphillus. One more thing: Isn’t Brigham Young a hospital?

Drake (5) over Connecticut (4): I should have gone to a college with a cool name like “Drake.” A bunch of Drake students should start a band called “Villanova” — that band would be destined for big things.

Xavier (3) over Baylor (11): Two great baby names! Bill wanted to name our son “Xavier” and almost talked me into it — except we would have called him “X-Man” all the time and something seems wrong there. I can’t imagine breast-feeding and saying, “Come on, X-Man, latch on …”

Duke (2) over Arizona (10): I don’t like Duke, but you know the they are gonna win a few. I have a question, why wouldn’t Arizona be one of the best basketball teams every year? I would think the best schools every year would be in California, Florida and Arizona because those are the most fun places for a college student to live. 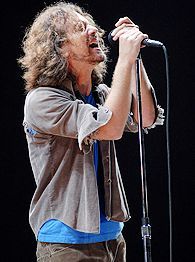 EAST: North Carolina over Tennessee: One of Bill’s sports magazines came two weeks ago, and UNC was on the cover, so the they must be really good. I hate all the magazines we get. We get USA Today Sports Weekly each week, and I keep it on the kitchen counter for a few days and ask Bill if I should throw it out, and he always says, “No, I’m going to read it,” and then he never reads it and I eventually toss it. Two weeks ago, I threw it out on the day it arrived to save myself the conversation. That was the same week when Bill decided he needed it to research the League of Dorks draft. I can’t describe how happy I was to watch him look through a garbage can filled with diapers, coffee grinds and food, give up and not be able to waste time researching for the League of Dorks.

MIDWEST: USC over Villanova: USC has the same colors as my high school, plays 30 minutes from our house and has a best player named “O.J. Mayo.” That gets my Final Four vote.

SOUTH: Memphis over Marquette: I have to tell this story since it just happened: Sunday night, we gave up on “John Adams” after 45 minutes because we couldn’t handle the guy from “Sideways” playing someone other than the guy from “Sideways.” We went to bed and I was pumping milk for my baby for the following morning. Bill somehow found the porn awards on Showtime and decided to keep them on for about 20 minutes while I was pumping milk for our son. You’re supposed to think about wholesome things when you’re pumping because it helps your milk let down, but Bill had no problem watching a show with gross clips and disgusting awards and cracking jokes like “I hope Courtney Cummz wins this one, she’s due.” Finally I had to threaten his life, and he turned it. This is what I deal with every day.

WEST: UCLA over Xavier: In the long run, little schools with religious names don’t have a chance against big schools with big acronyms.

UCLA over Memphis: I needed to pick one of the “local” teams since we live here. Why aren’t there any good New England teams? Sorry B.C., I would have picked you for the Final Four but didn’t see you on the list.

North Carolina over USC: Look at the bright side, O.J. Mayo: You are the first star athlete whose name combines a drink and a condiment. Just writing “O.J. Mayo” makes me hungry.

North Carolina over UCLA: I know, a No. 1 seed over a No. 1 seed. Not very creative. But, as Bill says, that’s why people like me always win office pools.