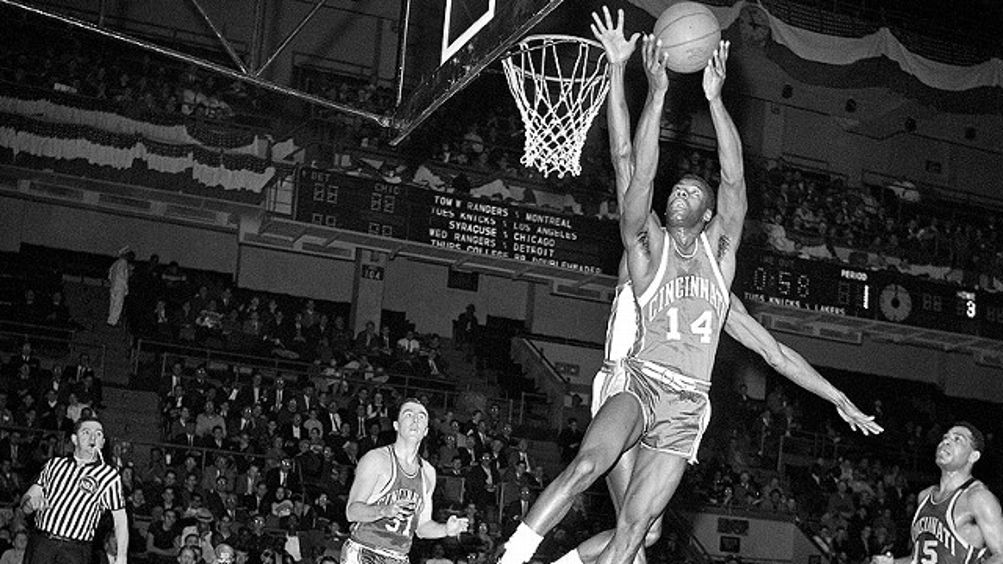 Editor’s note: The following is an excerpt from Bill Simmons’s book The Book of Basketball: The NBA According to The Sports Guy, copyright 2010 by Bill Simmons. Reprinted with permission of ESPN Books, an imprint of ESPN, Inc., New York, and Ballantine Books, an imprint of The Random House Publishing Group, a division of Random House, Inc., New York.

Not necessarily a good thing. Why? Nobody played defense, and every game looked like a disjointed All-Star contest or even worse a college pickup game where nobody runs back on D because they’re sweating out the previous night’s keg party. The ’61 Celtics led the league in scoring (124.5 per game) and averaged 119.5 field goal attempts and 33.5 free throw attempts. To put those numbers in perspective, the 2008 Celtics averaged 76 field goal attempts and 26 free throw attempts per game. That’s insane. Play suffered so badly that NBC dropped the NBA one year later despite a memorable ’62 Finals.1 The following season (’63), commissioner Maurice Podoloff slapped together a production team to “broadcast” the All-Star Game and the NBA Finals, then sold a syndication package to local affiliates around the country like it was Cheaters or The Steve Wilkos Show. Unbelievable.

Because of the inordinately high number of possessions, the statistics from 1958 to 1962 need to be taken with an entire shaker of salt and possibly a saltwater taffy factory.

Within five seasons, scoring increased by 18.6 points, field goal attempts increased by more than 4 per quarter, there were nearly 18 more rebounds available for each team and shooting percentages improved as teams played less and less defense.

Then the ’62 season rolled around and the following things happened:

4. Russell averaged 23.6 boards and fell two behind Wilt for the rebound title

Hard to take those numbers at face value, right? And that’s before factoring in offensive goaltending (legal at the time), the lack of athletic big men (significant) and poor conditioning (which meant nobody played defense). I watched a DVD of Wilt’s 73-point game in New York and two things stood out: First, he looked like a McDonald’s All-American center playing junior high kids; nobody had the size or strength to consider dealing with him. Second, because of the balls-to-the-wall speed of the games, the number of touches Wilt received per quarter was almost unfathomable. Wilt averaged nearly 40 field goal attempts and another 17 free throw attempts per game during his 50-point season. Exactly forty years later, Shaq and Kobe averaged a combined 52 points a game on nearly the same amount of combined field-goal/free-throw attempts.2 Things leveled off once teams started taking defense a little more seriously, although it took a full decade to slow down and resemble what we’re seeing now statistically (at least a little). Here’s a snapshot every four years from 1962 on. Notice how possessions, rebound totals and point totals began to drop; how shooting percentages kept climbing; and beyond that, how the numbers jumped around from ’62 to ’74 to ’86 to ’94 to ’04 to ’08.3

Compare the numbers from ’62 and ’08 again. Still impressed by Oscar’s triple double or Wilt slapping up a 50-25 for the season? Sure … but not as much.