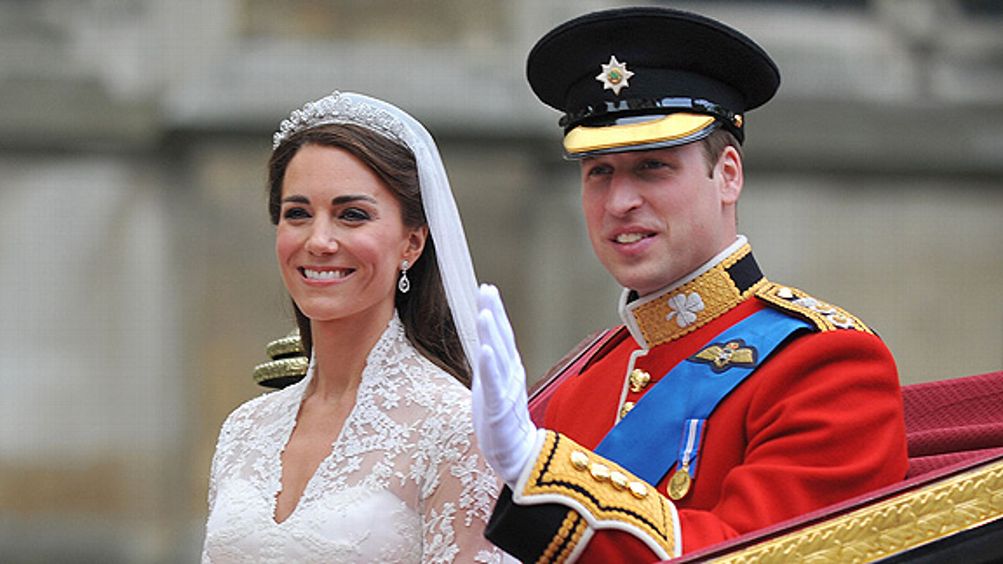 Every Sunday, the New York Times publishes the wedding announcements of the most promising, wealthy, talented — and only very occasionally inbred — couples in the whole wide world. (Oddly enough, two-thirds of them hail from within a 30-mile radius of Manhattan.) If life is a contest, these people are already winning. But by how much, and in what order? This monthly series will attempt, with sabermetric-type rigor, to answer that question using the proprietary NUPTIALS scoring system outlined below. Think of it as matrimonial Moneyball.

Summertime, as anyone between the ages of 25 and 35 can attest, is Marriage Season. From May through October bank accounts are drained, ill-advised toasts are given, and raw silk is sweated through. The “Weddings/Celebrations” section of the New York Times swells from one or two pages in the winter to six, seven, even eight by July. These pages are sometimes referred to as “the sports section for women,” a descriptor that is offensive and accurate in equal measure, and for nearly two years I wrote a manic weekly column about them for Gawker.

Sometimes this was fun and sometimes it was weird. One summer I was part of a share house in East Hampton (the best anthropologists must dwell among those they study) with half people I knew and half people I didn’t. Hungover on Sunday mornings, I would wake up before the rest of the house, ride my bike a few miles to pick up the paper (the announcements are online, yes, but it’s JUST NOT THE SAME), and get to work so I could get to the beach.

But then people would start to wake up. “What … are you doing?” some girl I’d met only once would ask as she walked by the dining room table where I sat with the wedding pages scattered before me, circling keywords, underlining Ivy League degrees, and drawing stars next to names. I’d watch her eyes travel from my laptop to my wine mug (I don’t drink coffee) to the marked-up newsprint on the table before finally settling on my ringless left hand.

Despite the fact that this happened almost weekly I always fumbled for the right thing to say. “I … um, I do this thing … ” Sometimes I’d be lucky and a person who had heard this interaction before would step in. “She makes fun of the New York Times weddings,” they’d explain, and the girl’s eyes would light up. “Oh my god, I love reading those things!” my new best friend would say to me. “Those people are crazy!”

But I’d always correct her: First of all, we’re all crazy. So my goal is not to “make fun” of these weddings or of the (usually) lovely people who are having them. I’ve had friends whose announcements have been featured, so I know that at least some of the couples are marginally human. What kind of monster could tear someone down on their most special day? Rather, I seek to celebrate the institutional absurdities of the Times and its announcements in general.

You see, just as with the Ivy League schools that most of these newlyweds attended, “getting in” to the Times weddings section is enormously difficult. Your two best chances are (a) years of hard work and dedication, or (b) a great name and a trust fund. Or, sometimes, (c) “a good story.” As a result, certain patterns turn up after a while.

To appear in the section you must submit your names and a detailed dossier of your life and times. Clearly those who send in their package are well aware of what they ought to play up to boost their chances of making it into newsprint. So they do, and they do, and the cycle goes on.

This renewed series will attempt, through a rigorous quantitative method detailed below, to determine the following:

Which couple best exemplifies both the unique spirit and impossible standards of everything the New York Times “Weddings/Celebration” section stands for?

Back in the day I used a scoring-system metric originally devised by Alexis Swerdloff, but I felt it needed a more modern update. This new and improved NUPTIALS (Names, Universities, Parents, Tropes, Identifiers, Avocations, Locales, and Special Situations) algorithm can be found below. (Further suggestions are always welcome.) By establishing in advance a robust quantifiable rubric, I hope to remove the more easily triggered human elements — jealousy, rage, lack of productivity as I try to figure out if I went to field hockey camp with that girl — from this important analysis.

Now I’m hungry. Is this a buffet cocktail hour or will they be passing hors d’oeuvre?

• No points for a mere Jr. — come on, anyone can pop out one son — but a III, IV, etc., each earns its number of points.: +3, +4, etc.
• Nicknames that abide by the Chip/Skip/Trip rule — “Chip” if he’s named after his dad (“chip off the old block”), “Skip” if named for his grandfather (“skipped a generation”), or “Trip” if he’s the third (also “Trey”) — earn +3.
• Nicknames that really show true commitment to showcasing patrilinealism (like this little kid to whom I once taught sailing who went by “Quinton” because he was Something Something, V — I’ve seen “Quincy” used this way also): +5.

If the bride is keeping her name: This one is a judgment call that depends on the tone and interpretation of the story. In general, if the name-keeping is central to who the bride is, then points may be awarded. For example:

• A bride who works the makeup counter at Bloomies “will continue to use her name professionally”: -1
• A bride with a last name like Carnegie marrying a groom with a last name like Martinez who, with no further explanation given, “will be keeping her name”: +1
• A professor of cultural sociology who agrees to take her husband’s name only if he takes hers in return, and has already earned a six-figure advance to write a book on the experience: +10

(Sometimes the announcement will really awkwardly state, “The bride will be taking her husband’s” name. For that, -1, because I’ve never understood it.)

For each of the below tiers, points are awarded as outlined for each degree (undergraduate, graduate, law, medical, MFA, whatever diploma James Franco is earning these days, etc.). Keep in mind, once again — this is not a US News and World Report–sanctioned ranking, but rather a careful and studied analysis of what matters to the powers that be at the New York Times.

• Someone is a Marshall, Rhodes, or Fulbright Scholar: +2
• Both attended a school in the same tier: +2 (+3 if it was the same school.)
• Someone has a degree in both medicine and law: +2
• A doctor, a lawyer, an Indian Chief: +20, (and I can tell you one thing: If this hasn’t already happened it most certainly will.)

One fun game is trying to determine who actually filled out the form and submitted the announcement: the couple or Mother Dearest? Add +1 if it’s obviously the latter.

Read the weddings section long enough and you’re bound to come across certain things that crop up again and again. Here are some of them.

• Someone’s “previous marriage ended in divorce”: -1 for each marriage
• The couple met while one or both were seeing other people: zero, or else way too many couples would be getting points.
• The couple met while one or both were married to other people: +1
• The article basically just comes right out and says that they were totally cheating on their spouses and then casually slips in a line like “three months later they again found themselves having dinner at Pastis, except this time they were both newly single” or something equally WTF: +3 (this is textbook Times; just wait).
• The article has some sort of veiled but completely gratuitous BURN about an innocent ex: +5

+1 point if any of the following appears in an announcement (+2 if it appears in a caption):

As with names, the judge reserves the right to award additional points for worthy occupations not outlined below.

• A member of the couple (or the parents) works for the New York Times: +1 (add another point if you get to that part of the announcement and think “Ohhh, NOW this all makes sense.”)
• One or both people appear to be lifelong academics with no end to the over-education in sight: +1
• The couple is gay and one or both of the partners work in some sort of gay rights-related capacity: +1
• Both members of the couple have the same job/career: +1
• The announcement contains a line that sounds like it’s been lifted from a cruddy resume (“He develops strategy for companies”): +1
• The bride teaches third grade or lower at a place with “Academy” or “Country Day” in its name: +2
• The bride works at Ralph Lauren: +2
• The bride blatantly quit her job right before the wedding (“Until recently, Anna was a buyer at Sephora”): +3
• The bride is employed by her husband’s family business: +4
• The groom is employed by his wife’s family business: +5 (nicely done, guy)

• Important sciencey-sounding person: +2 all around, because I’m not smart enough to distinguish.

• Blogger: +1
• Freelance writer: +2
• “Noted author”: +3 (If the announcement lists a motley collection of their “works,” add +1 for every title that made you cringe)

Points as follows if these locations turn up anywhere in the announcement, whether as a hometown/residence, the wedding venue, or part of the meet-cute tale.

• The bride or groom grew up in Manhattan: +1
• The wedding was held somewhere in Manhattan: +1
• The wedding was held on a “grandmother’s farm,” at an “aunt’s summer house,” or “on the grounds of Marbleley Manor, which is owned by family friends” … that kind of thing: +2
• Same as above, except the person is a celebrity or a Supreme Court justice: +3

Just as not every child who scores poorly on his or her SATs is stupid, not every newlywed couple with a low point total is totally worthless. (Just most of them, dear.) From time to time we will point out those whose characters, backstories, family history, and/or qualifications makes them worthy of additional mention.

NOTE: Every now and then the Times tries to troll the matrimonial-industrial complex by featuring an “off the beaten path” look at the weddings and relationships of drug addicts/dealers, homeless people, criminals, people who went to state school, and the like. This would be fine, IF the announcements didn’t blatantly drip with so much holier-than-thou liberal smugness. (“Look, readers. We talked to REAL AMURCANS!”) Like Alanis Morrissette once sang, I see right through you, New York Times. (She may have been addressing Uncle Joey, but still.) Such blatant slumming will not be tolerated, and I will ignore any such attempt. As for those of you who read the first sentence of this paragraph and thought “Wait, I would read an entire section of that!” … I recommend the New York Post.