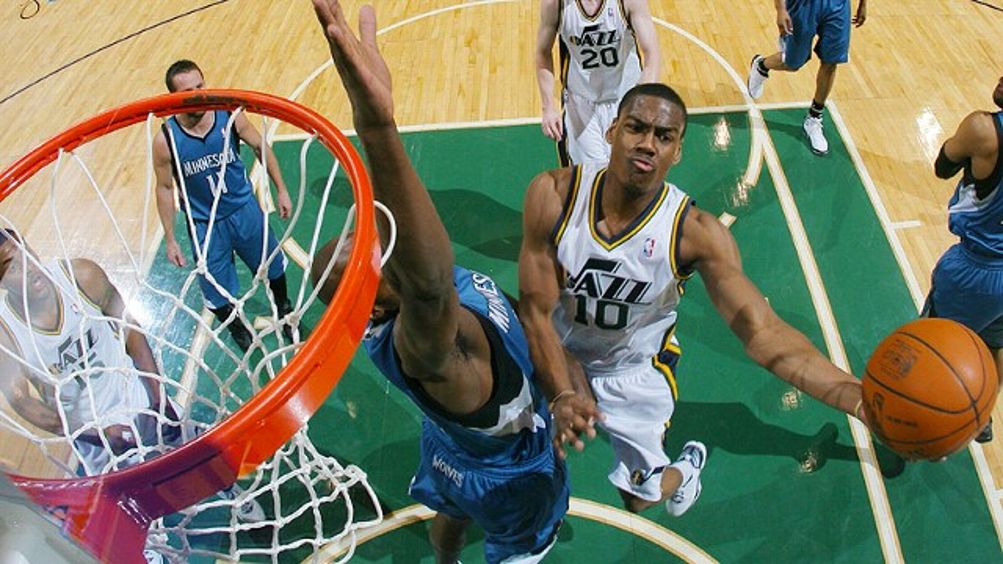 At the beginning of the NBA season, I worried that the 2012 rookie class might not be deep enough to sustain a weekly rankings column. Were there really 10 rookies good enough to be profiled every week? As it turned out, I had nothing to worry about. There have been so many good rookies this season that each time one of them gets left off the list, that player’s fan base goes nuts. This week, a few players shifted near the top of the rankings while other rookies played their way back into the top 10.

As great as Irving is on offense, he might be just as bad on defense, and at times he looks like a liability at that side of the court. Irving struggles most when guarding isolation plays. In those situations, opponents shoot 47.5 percent against him and he gives up 1.04 points per possession (PPP). That’s bad enough to be in the bottom 8 percent of all NBA players. Irving also fouls too much — 15.3 percent of the time in isolation situations. His problem is that he reacts too slowly to his opponents’ moves.

Irving is extremely quick on offense, so seeing him look so slow-footed on defense is a little confusing and definitely troubling. He allows opponents to drive 82.7 percent of the time while forcing them into jump shots just 13.3 percent of the time (his opponents shoot 49 percent on drives and 40 percent on dribble jumpers). The more Irving can stay in front of opposing guards, the more jump shots he can force, and that alone will make him a better defender.

Thomas has been a great spark for the Sacramento Kings, who may have missed on their first-round pick with Jimmer Fredette but who scored big time with Thomas, the last player drafted in 2011. Thomas excels at pick-and-roll and isolation plays. He scores most effectively in these situations, when his jump shot is falling, as opposed to driving to the rim. In fact, 64.2 percent of Thomas’s shots are jumpers, according to Synergy Sports. On those shots, Thomas posts a PPP of 0.938, placing him in the 73rd percentile among all NBA players.

While Thomas is great at knocking down outside shots, he struggles near the hoop. On shot attempts near the basket, which make up 26.6 percent of his total attempts, Thomas posts 1.097 points per possession, placing him in the bottom half of the league. What makes Thomas a below-average finisher? His size is a factor, but there is also something else.

Little guys can have success finishing around the rim, but they can’t shy away from contact. That’s something Thomas does too often. Thomas gets to the free throw line on just 2.7 percent of his shot attempts around the basket, and a big reason is that it seems he jumps away from the defense. At his size, Thomas needs to jump into the defense, draw the contact, and then attempt a shot. If he does that, he’ll draw more fouls and actually make it harder for defenders to get the space and timing needed to block his shot.

Thompson continues to be a lights-out shooter (I feel like I start every blurb on him with this statement), posting 1.23 points per possession on spot-up opportunities, which places him in the 96th percentile among all NBA players. Defenses know how good a shooter Thompson is and try to take away his jumper, but he still finds ways to get shots up. This means that Thompson isn’t just standing in the corner waiting for the basketball to come to him. Instead, he’s moving to get open and create looks for himself.

Thompson has a knack for moving without the ball, finding open space on the court, and creating passing lanes for his teammates. This skill, combined with his quick release in catch-and-shoot situations, means that he will always get scoring opportunities, even when the defense is committed to denying him clean looks at the basket.

When Leonard got drafted, a lot of people compared him to Bruce Bowen. In his rookie season, however, Leonard has played like the exact opposite of Bowen. Instead of standing in the corner and knocking down 3s like Bowen did, Leonard moves well without the ball and gets to the front of the rim. More than half of his shot attempts come around the rim. And unlike Bowen, who was one of the best perimeter defenders of the past 20 years, Leonard has struggled on defense. Against isolation plays, Leonard allows opponents to score 0.945 points per possession, placing him in the 17th percentile among NBA players. What’s interesting is that Leonard does a good job of forcing turnovers, something he does 12.3 percent of the time. But this might cause more harm than good, because it suggests that Leonard gambles too much when he defends in one-on-one situations. When he goes for a steal and doesn’t force a turnover, that usually means his man will get an easy opportunity to score.

Leonard has the size and athletic ability to become a very good defender, but at the moment he doesn’t seem to trust those skills. Instead of staying in front of his man, contesting shots, and preventing offensive players from getting to the rim, Leonard gambles. When he reaches in on ball handlers or tries to jump into passing lanes, he puts himself out of position and gives offensive players an advantage.

What impresses me most about Faried’s offense is his post game. Faried was raw in the post last year in college. He simply used his size to bully defenders and get to the rim. That doesn’t work in the NBA, so Faried has developed a nice little move on the left block. Faried has gotten so good at this move that he has turned into one of the best post players in terms of PPP in those situations. Faried has scored 24 points on 21 post-up possessions on the left block. His 1.143 PPP places him in the 97th percentile of NBA players in that limited category. So what’s Faried’s unstoppable post move? One or two dribbles into the middle followed by a right-handed hook shot.

For a player as big as Faried, his touch on that hook shot requires lots of skill. Thanks to his strength, Faried can get to the middle of the lane whenever he wants, and from there he just rises and shoots. As teams begin to recognize how effective Faried’s hook is, they will find ways to force him away from it. Soon Faried will need a countermove, and once he gets that going he’ll be really tough to guard in the post.

In a past rankings column, I looked at how Williams keeps defenders guessing in isolation situations. Sometimes he goes baseline, sometimes he goes middle, and sometimes he pulls up for a quick jumper, and defenders can’t overplay any single option. Williams posts a respectable PPP of 0.824, good for the 65th percentile, in isolation situations. When he goes one-on-one, Williams shoots jumpers 33.8 percent of the time and drives 66.2 percent of the time. This shot-to-drive ratio allows Williams to keep defenses honest. When defenders respect the shot, he drives. When they play him for the drive, he shoots. Being able to do both at his size is an important skill, and Williams is on his way to mastering it.

Parsons is a versatile big who has the potential to be effective in a number of ways. That said, Houston might be rushing him along in some respects. According to Synergy Sports, the Rockets have used Parsons as a ball handler in pick-and-roll situations on 10 percent of his possessions. While he might have the skills to master this in the future, right now he’s struggling with a 0.623 PPP, placing him among the bottom quarter of NBA players. In addition, Parsons commits turnovers 28.3 percent of the time when he handles the ball in a pick-and-roll. If he can learn to take better care of the ball, his size and skill could make him very difficult to defend.

Shumpert is a tremendous on-ball defender. In fact, according to Synergy Sports, he is in the 88th percentile in terms of PPP allowed. However, Shumpert was left off this list last week and remains near the bottom this week because he’s still a poor offensive player. Like so many rookies, his biggest problem is committing turnovers. Shumpert gives away the ball on 17.8 percent of his half-court possessions. Such frequent turnovers really hurt his efficiency. Once Shumpert learns to protect the ball, he could become one of the finest players of the 2011 draft.

Thompson moves very well without the ball. According to Synergy Sports, 20.7 percent of his possessions are cuts. However, getting open and converting those opportunities are two different stories, and right now, Thompson is struggling with the second part. On 88 cut possessions, Thompson has scored 78 points, resulting in a 0.886 PPP that is among the bottom 10 percent of all NBA players. Thompson has a tendency to bring down the ball after he catches it. This allows the defense to recover, get in position to contest his shot, and force him to miss.

Burks is a great team defender. He finds himself in the top of team defensive categories in terms of PPP allowed, according to Synergy Sports. He’s in the 91st percentile at defending spot-up jumpers, he’s in the 83rd percentile at defending ball handlers in pick-and-roll situations, and he’s in the 96th percentile in defending shooters off screens. But when it comes to one-on-one defense, Burks struggles mightily. He allows 1.091 points per possession on isolations, placing him in the bottom 2 percent of all NBA players. Much like Kyrie Irving, Burks allows too much dribble penetration. Offensive players drive against him on 83.3 percent of isolations.