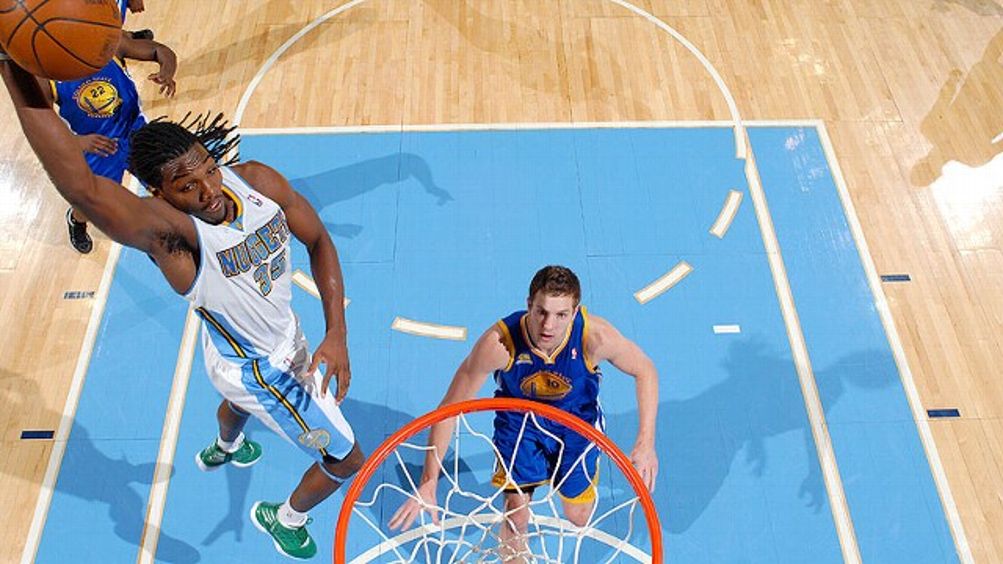 This year’s rookie class looked weak at the start of the season, but since Christmas Day the corps of first-years has been buoyed by several quality players who were selected well after the lottery and deep into the second round. This week’s top five doesn’t include a single top-10 pick, and the top-ranked rookie was the last player selected in the whole draft.

Thomas is one of the league’s most efficient pick-and-roll players. His points per possession (PPP) of 1.012 in those situations places him in the NBA’s 95th percentile. He also shoots 51.3 percent when he attacks the basket or pulls up off ball screens. What’s stunning is that Thomas’s numbers would be even better if he limited his turnovers. He loses the ball on 18.5 percent of his total pick-and-roll possessions. Many of these turnovers are related to his habit of picking up his dribble under pressure.

Thomas is an excellent ball handler. He keeps his dribble low — partly because at 5-foot-9, he’s already low to the ground — making it difficult to strip him. When he uses ball screens, however, he tends to pick up the ball if he doesn’t have a lane or a clear passing opportunity. Once he gives up his dribble, help defenders return to their men, Thomas gets stuck with the ball and no one to pass to, and turnovers follow. Thomas should try to play more like Steve Nash, who keeps his dribble alive and continues probing the defense until an opportunity emerges.

The more Faried plays as a rookie, the more his weaknesses will be exposed, especially on defense. Opposing teams are starting to “stretch him out,” meaning that Faried’s man looks to stay on the perimeter and knock down jump shots (as well as keep Faried out of the paint). Faried’s opponents post 1.14 points per possession in spot-up situations, according to Synergy Sports, which puts Faried among the worst 12 percent of NBA players in defending perimeter shots.

When Faried defends a jump-shooting big man, or “stretch big,” he struggles. Faried, an elite rebounder, seems hesitant to leave the paint. However, when his man receives the ball on the outside and he’s a good shooter, Faried needs to close out and contest the shot more quickly. Faried’s rotation is often too late to effectively challenge shots. If he commits to leaving the painted area, he should be able to get a hand up and bother more shots.

As Thompson’s role with the Golden State Warriors grows, he must become a more complete offensive player. When he was coming off the bench, he could concentrate on spotting up for 3-pointers. As a starter, however, things are different. He’ll always be a good perimeter shooter and the Warriors will work to get him looks from outside, but he also needs to create scoring opportunities for himself. He’s starting to do that more often by using the threat of his outside shot to get to the rim, especially when he curls off screens in the mid- and high post.

These three plays against the Los Angeles Lakers show how Thompson can use his shooting ability to set up his drives to the basket. In the first clip, Thompson uses a screen and knocks down a jumper. After that play, anytime Thompson used a screen in that game, his defender ran hard at him to take away the jump shot. How did Thompson react? He used the defender’s hard close-out against him by driving all the way to the rim and finishing. Thompson should do this more often, and if he can become very good at driving off curls and head fakes, he’ll be extremely difficult to guard.

Chandler Parsons isn’t the same kind of elite shooter as Klay Thompson, but that doesn’t mean he can’t use his shooting ability to get to the rim. According to Synergy Sports, Parsons posts a PPP of 0.963 in spot-up situations, putting him in the top 40 percent of all NBA players. Parsons has an interesting way of scoring when he spots up. Instead of catching and shooting, he mixes up his offensive moves. He shoots jumpers 58.4 percent of the time, takes a shot off the dribble 11.2 percent of the time, and drives to the basket 23.4 percent of the time. This variety keeps defenders honest and makes Parsons harder to defend.

Because Parsons has proven that he can knock down jumpers, defenders have to respect his shot. When he catches the ball in spot-up situations, defenses close out on him to challenge the jumper. This puts them at a disadvantage and allows Parsons to blow by his man and finish at the rim.

Shumpert clearly excels on defense. He has already established himself as one of the better on-ball defenders in the NBA, but despite that success he was often a liability on offense. Recently, however, Shumpert has been using his strength and athletic ability to score more effectively, especially in transition. Shumpert’s PPP of 1.197 in transition puts him in the NBA’s top 40 percent, according to Synergy Sports, and an impressive aspect of his transition scoring is that he’s not just getting points off breakaway dunks. He’s scoring over and around defenders on the fast break.

Shumpert isn’t the best ball handler, but he’s strong and athletic, and that makes it hard to steal the ball from him. When he gets a head of steam going, it’s hard to stop him, no matter how many defenders have hustled back to protect the basket. If Shumpert can continue creating easy scoring opportunities like this in the playoffs, it will give the Knicks an important lift, since their only other offensive option seems to be giving the ball to Carmelo Anthony for difficult isolation baskets.

As the playoffs approach, defense becomes more and more important. This is especially true for the San Antonio Spurs, who aren’t as dominant on defense as they’ve been in past years. Leonard still really needs to improve on defense, especially when it comes to stopping isolation plays. He allows way too much dribble penetration — offensive players get to the rim 77.9 percent of the time against him. If Leonard can force more contested jumpers, the Spurs will be able to play him longer minutes in the postseason.

Williams also has a long way to go before he becomes a reliable defender. His biggest weakness is keeping his man from getting open looks on the perimeter. In spot-up situations, Williams gives up 1.083 points per possession, placing him in the bottom 17 percent of all NBA players. Williams’s problem is he gets lost on defense. Sometimes he overhelps on dribble penetration, sometimes he just loses his man. Either way, the result is an open jumper.

After a long hiatus, Brooks finally returns to the rookie rankings. He’s still not a very good defender, but his offensive production can’t be ignored. Brooks is looking for his own just about every time down the floor. Of his 222 isolation plays this season, 192 resulted in Brooks trying to create his own offense rather than setting up his teammates, but that selfishness hasn’t stopped him from being effective. Brooks scored 165 points on those 192 possessions, good for a 0.859 PPP that places him in the 75th percentile of NBA players. He’s successful because he gets to the rim. Brooks drives on 69.7 percent of his isolation attempts. He doesn’t settle, and that helps his efficiency numbers.

Morris is a pretty good power forward. He can knock down outside shots, he can score on the inside, and he’s a decent rebounder. The next step in his game is becoming a better post defender. Morris is small for a power forward, and teams try to exploit his weak defense on the block. He gets posted up on 19 percent of his defensive possessions, according to Synergy Sports, and allows 1.147 points per possession. That puts him in the bottom 6 percent of all NBA players in post defense. To negate his size disadvantage, Morris needs to do his work before his man gets the ball. The farther out a post player makes his catch, the less effective he becomes. If Morris can push post players farther out on the block, he’ll be able to get more stops.

Thompson gets a lot of “cut” opportunities, when teammates look to pass to him for easy baskets. Unfortunately, he’s not very good at finishing these opportunities. Thompson was very raw when the Cleveland Cavaliers drafted him, so problems like this aren’t all that surprising at this point in his career. Too often, he brings the ball down after he catches it, and this allows defenders to recover and challenge his shots. Thompson also rushes his shots, which leads to unnecessary misses. He posts a PPP of 0.896 on cuts, according to Synergy Sports. That puts him in the bottom 11 percent of all NBA players. Again, since Thompson is so inexperienced, it’s not that alarming that he’s still figuring out how to score in the NBA. Hopefully, he’ll show progress in his second year in the league.