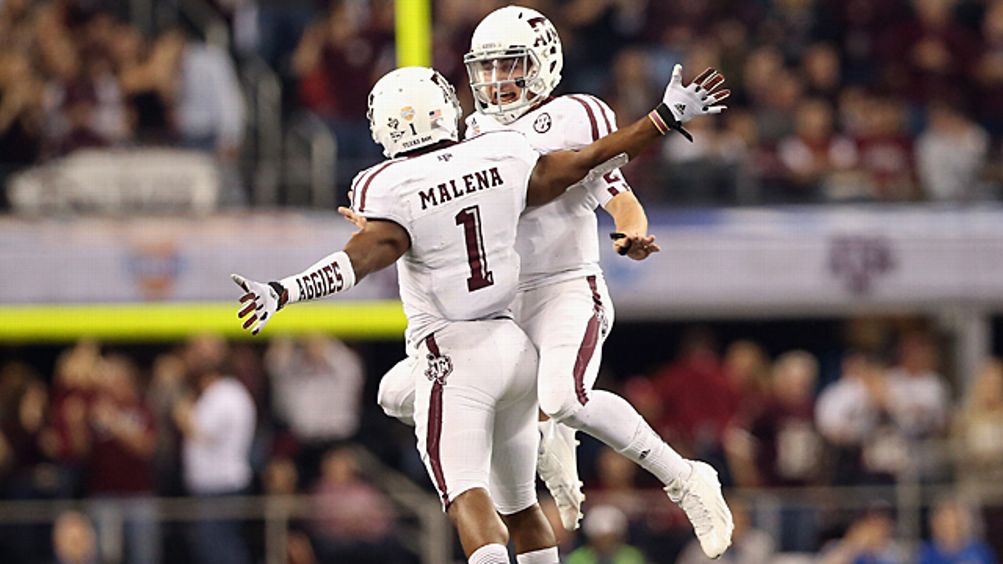 You have to give Jerry Jones credit. A thousand years from now, when somebody digs up this civilization of ours and make a nice buck selling the video to whatever the next millennium has for The History Channel, Cowboys Stadium is going the baffle their eyebrows off, assuming we haven’t evolved beyond the need for eyebrows by then. Why all the steel? Why all the glass? Why all the neon Dr Pepper signs everywhere? What people built this place, anyway? And could they possibly have had … help?

(We can only hope that the great-great-grandchild of that guy with the pompadour who does Ancient Aliens will be around to explain it all to them. That guy is the most awesome man on television right now.)

Cowboys Stadium is a spectacle all on its own, looming above the Walmarts and brake-and-lube joints, the empty luxury housing developments and huge, blank-staring abandoned office parks, and all the rest of the essential archaeology of the latest collapse of the American economy, for which the area in and around Arlington, Texas, looks like ground zero. It is what’s left there, after the ambulances go, as Dylan would say. It is not, in any case, where the Cotton Bowl game belongs.

The actual Cotton Bowl still stands, in downtown Dallas, on the grounds of the annual Texas State Fair. It is said that the old pile is still there, unlike the original Orange Bowl in Miami, primarily to host the annual football game between the University of Texas and the University of Oklahoma. This year, it also hosted a relatively new bowl game, some well-intentioned fund-raising exercise called the Heart of Dallas Bowl. (Oklahoma State crushed Purdue, 58-14, and if you took Purdue and the points, you should seek professional help immediately.) But, since 2010, the Cotton Bowl itself is now played here, out in the desiccated suburbs, in Jerry Jones’s massive tribute to overcompensation.

The Cotton Bowl always was an orphan among these traditional postseason extravaganzas. It began because Chamber of Commerce haircuts got sick of watching the great in-state programs leave Texas every January to play in the Rose Bowl. Some of the early Cotton Bowls featured visiting teams such as Marquette, Fordham, and Saint Mary’s, which actually won in 1939. Often, down through the years, it was what passed among bowl games as a cold-weather site. In contrast to Pasadena, or Miami, or New Orleans, Dallas could serve up a bit of actual winter from time to time. And, most significantly, when the BCS system was developed, the Cotton Bowl was the one left standing without a chair when the music stopped, its place taken by the arriviste Fiesta Bowl in sunny Arizona.

Which made this year’s game something of a paradoxical delight that showed where college football had gone by showing clearly where it had been. They could have played it in the old downtown corral and very few people would’ve gotten lost finding the joint. “This experience was wonderful for me,” said Ben Malena, the good, tough running back from Texas A&M who grew up in the Dallas suburb of Cedar Hill.

“Everywhere we went, all the team functions and all, I would tell my teammates, ‘I know that place.’ The route that we took from our hotel to Cowboy Stadium to go work out, we actually passed through my old neighborhood, and I’d point out to my teammates, ‘I used to live over here. I used to go to school over here.’ It was lovely to see my old places.

A Cotton Bowl that matched Texas A&M with Oklahoma was a game that could’ve happened in any of the seven decades in which there has been a Cotton Bowl. There was a Heisman Trophy winner — Johnny Manziel of A&M — with a performance that could’ve been borrowed from Davey O’Brien, or Whizzer White, or Roger Staubach. However, it being 2013 and all, and the Southwest Conference being as dead as Dana X. Bible, this year’s edition matched Texas A&M of the SEC against Oklahoma of the Big 12, and it did so in a death star of an entertainment palace that features a television set hanging over midfield that’s the size of an old drive-in movie screen.

The tents were set up along the perimeter of the parking lot. The tents were maroon, for Texas A&M, and a brighter red for Oklahoma. Neil Emmett was huddled against the brisk winter’s breeze near one of the maroon canopies. Emmett went to Texas A&M. So did his father. So did his grandfather. So did both his sons. “One day,” he said, “my grandchildren will go to Texas A&M, too.”

Emmett has made peace with the changing (and occasionally surreal) geography of college football. “First of all,” he said, “we hate Texas, and we didn’t like the influence Texas was having within the Big 12. The SEC has been great for A&M. There are great teams with great atmospheres. We went over to Ole Miss this year for the game, and we had a great time there.”

By the end of the evening, a 41-13 exercise in hilarity by Texas A&M that must have delighted three generations of the Emmett family, it turned out that the Cotton Bowl really did matter again, the same way it mattered when Davey O’Brien and Whizzer White and Roger Staubach came to Dallas to play. It was an old-school star turn in an old-school game brought blinking onto a 21st-century stage. The big screen over midfield might just as well have been showing the action in black-and-white newsreel footage. They might just as well have been selling tiny leather helmets at every one of the hundreds of concession stands in Cowboys Stadium. And, as it turned out, at least among its historic brethren, and even if you count the Fiesta Bowl, and even if you count the BCS National Championship Sponsored By Plutocrats United, LLC, it was the old, orphaned Cotton Bowl, simply because it had Johnny Manziel, that had the real show.

“He was everything he was supposed to be, everything you see on tape,” said Oklahoma coach Bob Stoops, eventually seeking solace in the warm embrace of jargon. “And then you could see how, with a month to prepare, they added some wrinkles with the option and different plays with him, so that you play him in a one-safety high, and I’ll say it the right way, you’re out of luck. Then you play him in a two-safety look, and you’re out of luck in another way.”

(By way of useful comparison, the previous Heisman Trophy winner, Robert Griffin III, then at Baylor, had what was reckoned to be an explosive offensive performance in last year’s Alamo Bowl, when he threw for 295 yards and ran for 55 against Washington. Manziel had 113 yards rushing against Oklahoma by halftime.)

The star turn began almost immediately, on the first A&M play of the game. After the opening kickoff, at his own 25-yard line, Manziel turned what appeared to be a sack into a five-yard gain. Two plays later, on third-and-3, he read through what appeared to be seven progressions, didn’t find an open receiver, and then took off for a 24-yard gain. It is hard to know what to call these kinds of plays. Some of them are obviously running plays designed for him, but not most of them. They’re not scrambles, not in the precise meaning of the term. They’re more like real-time audibles, in which Manziel sees the action develop in front of him, and he and his teammates change a passing play to a running play on the fly. Back in the day, when every quarterback called his own plays, and the Cotton Bowl was a big deal that they played downtown, this was not uncommon at all. O’Brien did it. So did Staubach. Now, after 40 years of increasing regimentation, a play like this looks exotic and exciting. In any event, and whatever they’re called, a charge of energy runs through the stadium when it becomes plain that one is developing.

A&M ran Malena twice for good gains. (You could see the Sooners linebackers still edging tentatively toward Manziel, only to see Malena bust right past them. It was the first possession of the game and already the indecision running through the Oklahoma defense was almost palpable.) Then, on a third-and-9 from the Oklahoma 23-yard line, Manziel dropped back, managed to get outside the rush, and took off. He runs with oddly delicate footwork, almost a series of tiny hops that function as a change of pace while he waits for his blocking to develop. On this play, he slipped down the sideline, while his teammates shaded the Oklahoma secondary out of his way. For at least two steps, Manziel looked like he might go out of bounds. (On the replay, at least one Oklahoma defensive back seemed to think that, too.) When he wound up in the end zone, it was something like a surprise.

Oklahoma managed to hang with the Aggies for a half, but three consecutive punts at the beginning of the third quarter, which Manziel, in order, helped turn into rushing touchdowns by Malena and Trey Williams, and which he finished off by dropping a 33-yard touchdown pass over an Oklahoma defender to Ryan Swope, fairly well ended the game. But the identity of the entire event was established on that first drive, when Manziel got into the heads of the Sooners defenders and set up housekeeping there. He owned the house from that moment on. Bowl games always have been primarily a showcase, entertainment for entertainment’s sake, which is why we never should lose them.

“As far as an offensive standpoint for me, this is the kind of game that turned the page again,” Manziel said. “Somebody asked me earlier in the year about what game made it all click. There was the Arkansas game, and this game tonight made me flash back to that.

It all gets more complicated now. Manziel has forfeited every college student’s inalienable right to occasionally be a jackass. (There are photos of him in a Dallas nightclub on the Internet, and photos of him flashing a wad of cash at an Oklahoma casino. These will occasion an amount of huffing and blowing completely out of proportion from what they actually depict.) His life is no longer his own, not completely. But, on this one night, anyway, there was something like a past in which he could hide. He wrapped himself in a tradition that had been orphaned by the corporate elephantiasis that afflicts modern sport. He stepped into a black-and-white newsreel of the mind there for a couple of hours, and it was not about nostalgia, not a bit of it. This was real and it was tangible and, for one night, we all went back to a time when the geography of college football had distinct lines of longitude and latitude and made sense, and when the brightest lights of all could only be found downtown.