Who Are the New Age Shane Battiers? 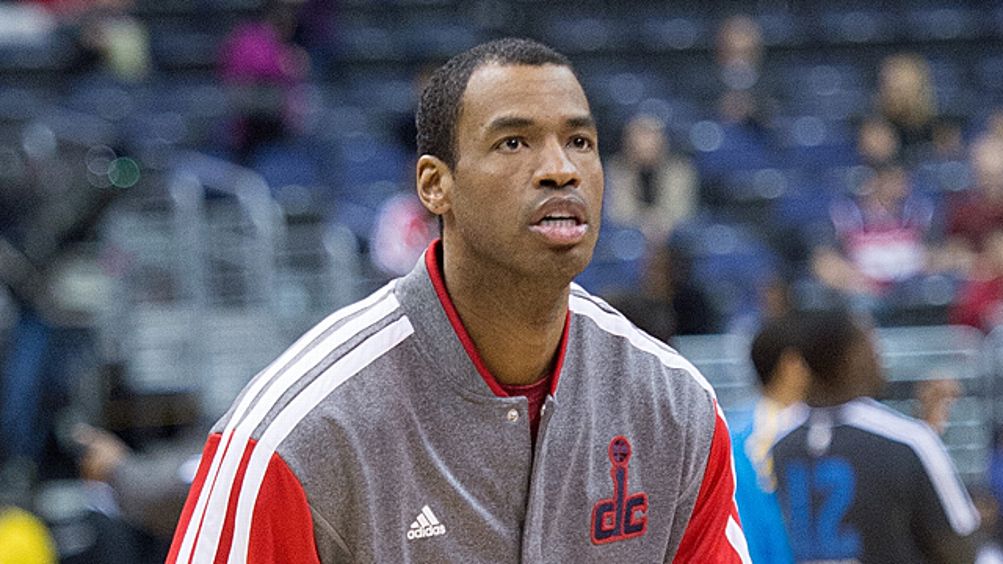 Let us be decent and honorable and do what we can to spare Jason Collins the burdens of history. Let us be humane and not make of him the vehicle of our hopes for a better world. Let us be, for lack of a better word, Christian enough not to make out of Collins’s undeniably brave decision to announce that he is gay the vessel into which we pour enough of our own precious tolerance to admire ourselves in its reflection. Let’s not make him more of a symbol than he wants to be.

To be sure, he’s already couched his decision somewhat in the iconic; he says he chose to wear no. 98 in Boston and Washington in honor of Matthew Shepard, the young man who was tied to a fence and beaten to death in Wyoming in 1998, a hate crime so horrific that national hate-crimes legislation bears his name. (Collins also caught President Barack Obama’s reference to Stonewall in his second inaugural address in January, a citation that caused a lot of heads to spin.) His explanation for his decision to come out is rich with the historical “dual identity” forced on black Americans under Jim Crow, and the similar dynamic within which he lived as a gay man. Homophobia in the black community — indeed, even among the leaders of the civil rights movement of the 1960s — was some of the most virulent and stubborn of all, and there are still some who resent the equation of the gay rights movement with their struggle. In his announcement in Sports Illustrated, then, Collins gave every indication that he’s fully aware of the historic and cultural dimensions of his decision, and of the sacrifices made elsewhere so that he would be free to make it now.

But those are his decisions to make. How deeply he chooses to immerse himself, or not, in the ongoing struggle for LGBT equality is as personal a choice as his coming-out was. Perhaps he can’t help but be a symbol; he is the first active athlete in the Big Four to announce that he is gay. But because serendipity and his own conscience contrived to make him a symbol, that doesn’t mean the world — and the rest of us — have to treat him as such. To do that is to dehumanize him. To do that for the purposes of demonstrating what socially evolved human beings we are is to infantilize him, to turn him into a child’s story and, therefore, we should go to sleep now, knowing that we are safe and how the world is basically good. He’s still the same human being that he was before he made his announcement. He still has to live in the world. He still has to make his way, day by day, through the rest of his life. It is being said that the country has moved so much on these issues that the greatest thing about Jason Collins’s decision is that the ruckus it’s raised has been so celebratory. We shall see about that.

Disembodied history is anesthetized history. Given our druthers, we seem to prefer to cast some people in marble rather than to recognize that people who take a stand for themselves and their dignity generally do so against something in which most of us are complicit. Except for its wonderful use of Sister Wynona Carr’s “The Ball Game” over the closing credits, which is perhaps the only time the filmmakers didn’t make an obvious choice, 42, the Jackie Robinson movie, has two fundamental problems. The first is Harrison Ford’s decision to play Branch Rickey as a basset hound on Quaaludes. The second, and its most primary crime against history, is that the film is so damned predictable. It plays station-to-station ball, one set-piece moment to another, until the movie’s main character is a bloodless drone of comfortable morality at the heart of a racial tumult that seems mechanical, and not organic, the way it actually was, the way that racial bigotry lived on after Jackie Robinson retired, and even after the achievements of the civil rights movement, how it reconstituted itself, like a foul lizard growing a new tail, into new and more cleverly disguised forms, how it lived on in our politics and in our culture. That is the movie’s primary crime against history. Robinson left the Republican Party because he saw the moral quagmire into which the Goldwater campaign in 1964 was leading it.

I am already seeing some of this in the reaction to what Jason Collins did Monday. I do not minimize the importance of his decision. I do not deny that it has a profound resonance within and outside of the culture of sports. But it is not a vindication of our society. It does not mean that, on this particular issue, we have become a good and more tolerant nation. That we are better on this panoply of issues is undeniable. But, in all honesty, I’ve watched backlash politics against gay rights for almost 40 years now, and we hardly could have been worse. We let a generation of gay men die rather than even mention — let alone devise a treatment for — what was killing them, and that wasn’t so very long ago. Those same backlash politics probably influenced a presidential election as recently as 2004. Backlash politics do not disappear by themselves, not as long as there remains an audience for them. They hide. They camouflage themselves. And the audience doesn’t disperse. It takes refuge in euphemism and deceit. Backlash politics must be crushed, and the audience must be rendered politically inert. Self-congratulation is the worst possible context in which this can happen. Watch how quickly “Jason Collins” becomes a conjuring spell on the political right. Watch them invent a “Jason Collins” that they can use to their own purposes. Watch it happen. It will look like magic.

Oh, dear God, couldn’t SI have come up with a better cover headline than “The Gay Athlete”? There literally are thousands of gay athletes, at every level of sports, from Legion baseball all the way to the majors and back again, from high school football teams in west Texas all the way to the NFL. We just don’t know who they are yet, and it would be considerably more dangerous for a center on a Christian academy basketball team in Kansas to come out than it was for Collins, which is the truest measure of how far we really have to go. When one of those kids comes out, and when he is supported by as many people as are now congratulating themselves for supporting Collins, then you can come talk to me about our day of jubilee.

There is nothing that says the achievements of gay people in achieving equality are necessarily any more permanent than those of the people who walked over the Edmund Pettus Bridge in 1965. (In case you haven’t noticed, we’re back to poll taxes and the functional equivalents of literacy tests in some states.) Gay marriage is currently hanging fire in the Supreme Court and I make the odds no better than 6-5 against. There is resistance — actual, successful political resistance — to anti-bullying legislation, particularly anti-bullying legislation aimed at the bullying of LGBT children. Collins can choose to be part of the effort to crush the backlash politics — I hope he does — that drive half the debate on the issues he has engaged Monday. It’s entirely up to him. He doesn’t owe us his decision either way. His announcement this week defeated nothing. There is simply one more fighter who can choose to join the battle. All indications are that he will. But he will do it for himself, and for others like him. If their efforts, and their bravery, and their honesty, manage to make us a better society, then it is their victory and our blessing, and all we should do is thank them, very humbly, and be on our way. I take no pride in America based on what Collins felt free to say this week. I take pride only that we share one thing in common — we are fellow citizens, committed as we all must be to making this a better political commonwealth, and to preserving its achievements, each in his own way. We all must look to our own redemption.

We do not own Collins’s decision. His courage is not ours. He owes us, and our society, nothing more than he already has given us. He made the decision, I hope, knowing one thing quite clearly, and that is that history is not predictable. It does not move in a straight line, let alone in a straight line to glory. History is a river, with currents and eddies and backwashes, and if you just let yourself drift with it, you will not necessarily find your way from the source to the sea. If every river moved straight and true, from bad to good, from historic crime to ultimate redemption, herring would rule the world.

It has been said in too many places now already that the best thing about what Jason Collins did this week was to prove how “normal” his announcement was, and how little an impact it seemed to make, and how supportive most of his fellow athletes were. We will see how “normal” the country will allow his life to be going forward. Oh, we shall surely see that.