Bringing Happiness Back to Happy Valley 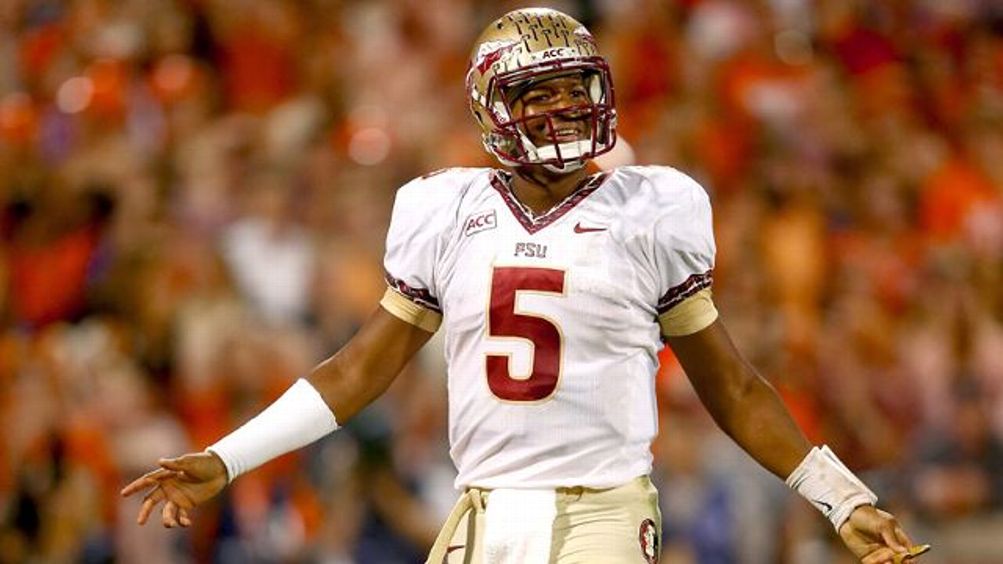 Want to know what happened between Florida State quarterback Jameis Winston and an unnamed woman on the night of December 7, 2012? Read the news articles. Now, read them again. Very carefully. In the nine days since TMZ reported that Winston was being investigated for sexual battery, the media has become a forum for misdirection plays, just like the Tifway Bermuda grass at Doak Campbell Stadium.

Nobody should be shocked that lawyers in the Winston affair are “trying the case in the press.” This is a grand American tradition. Strategic leaks from the accuser’s camp can light a fire under slow-moving prosecutors. Leaks from the defense team can snuff out an investigation before it ever reaches the courts. But what’s made the Winston case fascinating is the sheer number of press leakers, who are crisscrossing each other like receivers on a play diagram. We thought it was worth laying the leaks out, side by side, and thinking about who might be behind each one.

A reminder: Jameis Winston hasn’t been charged with a crime, and the portrait of events laid out here is necessarily incomplete.

The Leak: After 6 p.m. on November 13, news of the Winston investigation hit the web. A police report outlined a few details: Between 1:30 and 2 a.m. on December 7, 2012, a man in a red T-shirt and jeans allegedly assaulted the accuser.

As Deadspin reported, the leak that set the story in motion was given to the Tampa Bay Times‘s Matt Baker on November 6. Baker filed a records request with the Tallahassee police two days later. By November 11, TMZ had filed a similar request and wound up breaking the story.

The Motive: If you read message boards, you know that whenever a college football player is accused of impropriety, the accusation is inevitably traced to agents of a rival program. This is perhaps why Baker told Deadspin: “My source has no axe to grind against Florida State. And neither do I.” Indeed, it may be a mistake to see Florida State’s no. 2 BCS ranking and Winston’s Heisman pole position as having anything to do with the leak at all. The leaker could have been someone inside FSU. Or the Tallahassee Police Department. Or the accuser’s camp. The leaker might have been motivated by a sense of justice rather than a desire to influence who wins a crystal football.

The most interesting part of the initial leak was how TMZ came by its information. The sequence of events almost makes it seem as if Baker’s email to the police spurred someone to call TMZ. Which would have made it a leak within a leak.

The Leak: On the night of November 13, the Miami Herald reported that the Tallahassee police never gave the case to the state attorney … until TMZ got involved.

The Motive: In the space of an hour, reporters were chasing a second issue in the Winston case. They weren’t just interested in what happened between Winston and his accuser on December 7. They were interested in what happened to the case as it stagnated over the next 11 months. Here Meggs was making it clear, as early as he could, that he wasn’t the one sitting on the case.

Note: In all articles (including ESPN.com’s), the woman in question is referred to as “the accuser” or the “alleged victim,” but never by name. Reporters aren’t obligated to protect the woman’s identity. But many news outlets protect the anonymity of such accusers as a matter of editorial policy, so as not to invite harassment of the accuser and to protect themselves from charges that reporting names will discourage future accusers from bringing charges.

The Leak: The Tallahassee Democrat reported that the case against Winston went nowhere because the accuser cut off contact with the police.

The Leaker: Unknown. The reporters said they “obtained” an email written by Tallahassee’s city manager. But they didn’t say how they obtained the email or who gave it to them.

The Motive: The info is the second shot fired in the now-raging press war over why the investigation was held up. The Tallahassee cops are saying, “It’s not our fault. It’s hers.” (They also insisted that a “new piece of information,” not TMZ, convinced them to pursue the case.) The accusation would hold up for all of 24 hours.

The Leak: A detective warned the accuser about pursuing the case.

The Motive: A two-page statement, which was given to the Tampa Bay Times, attempts to refute the Democrat‘s report from November 19. The accuser’s camp said the accuser was advised by a detective “that Tallahassee was a big football town and the victim needs to think long and hard … because she will be raked over the coals and her life will be made miserable.” Carroll also says her client asked the police to take Winston’s DNA sample earlier in the year, but they refused. Carroll’s motive was clear: She was taking the heat off the accuser and putting it back on the Tallahassee police.

Interestingly, Carroll also went out of her way to insist she wasn’t a leaker: “We have not been the source of any information prior to this release; there was no benefit in that.”

The Leak: Jameis Winston is happy he’s being considered for the Heisman Trophy.

The Motive: Florida State’s athletic department has barred reporters from asking Winston about the only thing they want to ask him about. So every Wednesday, Winston sits at a table with garnet bunting and talks about other stuff. The effect is like watching Tom Brady discuss meteorology. Hours after TMZ broke news of the investigation, Winston fielded a question about whether sitting out the fourth quarters of blowout wins was hurting his Heisman chances. This week, USA Today‘s straw poll showed Winston ahead of Johnny Manziel. Winston said, “It means a lot.”

The Leak: Winston’s DNA matched the DNA collected from the accuser’s clothing.

The Motive: The revelation — reported by ESPN’s Mark Schlabach — ratcheted up the pressure on the state attorney to charge Jameis Winston with a crime. Winston’s attorney, Tim Jansen, said that Winston and the woman had consensual sex and denounced the leak: “They’re going to improperly leak evidence to the media. We are saddened to learn that someone has decided to leak evidence … The improperly leaked report, if true, has zero impact on Mr. Winston’s defense … ” This is essentially an admission from Jansen that he’s being out-leaked.

Jansen knows that such leaks can be a useful tool in convincing prosecutors to press charges. (See the Trayvon Martin case down the road in Sanford.) So the leaker could be a justice-seeker or merely an impartial but well-connected third party. It’s also worth noting that the accuser’s camp was seen (in the Tallahassee Democrat report and in its own statement) as furiously trying to obtain the results of the DNA analysis.

The Leak: A photo of Winston with a woman, whose face is blurred out, at a party.

The Motive: Ummm … One of the web’s Baker Street Irregulars was trying to advance the story. Or maybe even out the accuser. As it turned out, TMZ reported that the woman in the photo wasn’t the accuser after all.

That’s just the first nine days. What’s notable is that the Winston case will not be merely a he-said, she-said affair. There are plenty of other people — cops, prosecutors — who have agendas they’re eager to get into the press. If Winston winds up being charged with a crime, we can expect the Florida State football program and coach Jimbo Fisher to begin pushing their own agendas, probably with leaked stories of their own. (What did Jimbo know and when did he know it?)

Until then, sportswriters are stuck in the same limbo as Winston at his weekly press conference. If you see a writer opining about how potential criminal charges could affect Winston’s Heisman chances, call me up. I’ll leak to you that I couldn’t care less.