Last Chances for Wisconsin and Nebraska, and Tennessee’s Long Shot Against Georgia 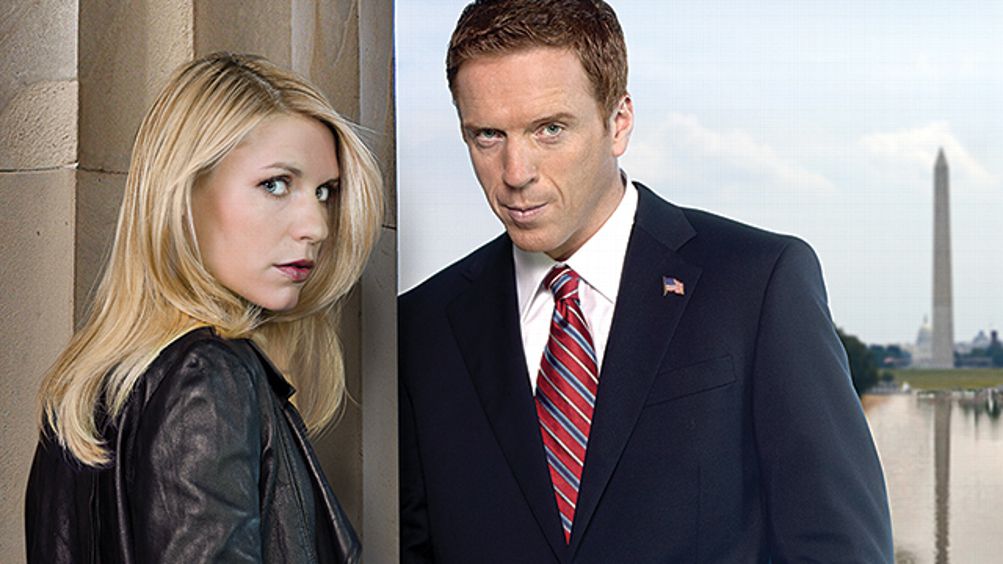 As it turns out, it wasn’t technical difficulties or a sudden crisis of conscience that kept Sergeant Nicholas Brody’s suicide bomb from detonating last December. It was merely on a time delay. The overdue explosion spared the vice-president but rocked the Nokia Theatre on Sunday night when Homeland took home the Emmy for Best Drama series. The surprise win likely won’t be its last. By upsetting the reigning big Bad Men of prestige TV, Homeland — which returns for its second season this Sunday night on Showtime at 10 p.m. EDT — not only hastened the end of television’s teetering Golden Age, it also provided a glimpse of just what might replace it.

But let’s begin with the past. When we talk about the Golden Age, at least in terms of drama, we’re really talking about four shows: The Sopranos, The Wire, Mad Men, and Breaking Bad. (There are those who would agitate for Six Feet Under and The Shield and a number of others. But then there are always people who prefer the opening acts to the headliners.) All are brilliant, masculine meditations on morality. All are mostly concerned with interiority, with the endless, ungovernable collision between our best intentions and our worst selves. (In the case of the doggedly clinical Wire, merely substitute “cities” for “selves.”) They appeared, one after another, in the span of a remarkable decade and were quite unlike anything the small screen had seen before: wildly ambitious in scope and obsessively personal in execution. The sins of the past weren’t forgotten, they were ignored altogether: Manipulative cliffhangers were eschewed (although the gleefully genre Breaking Bad would indulge from time to time), lingering questions were left unanswered, and fan service — sorry, Don-Joan ‘shippers! — was spotty at best. In a larger sense, all were also dedicated to pushing past the corroded limitations of their medium — no matter which network aired them, these shows weren’t TV, they were HBO: complicated narratives pitched directly at the high-minded snobs who, in simpler times — the ’90s, say — would brag about not owning a television.

All four of those transformative shows are now either consigned to history or in the final stages of reckoning with it: There are two years remaining for Don Draper to grow sideburns and finally figure out The Beatles, while Breaking Bad will stop cooking after just eight more episodes. The pyrite hours that have sprung up in the Golden Age’s wake provide plenty of flash but little substance, copying the originators’ moves but not their rhythm and mistaking period settings for exclamation points. As the traditional broadcast networks have retreated further into event-driven exercises in reality and its opposite, so, too, have the cable channels grown increasingly gun-shy; from Bon Temps to Westeros and Hershel’s horse farm, their biggest successes are elaborate, adapted fantasies. The adult themes and high production values remain, but the personal touches — the twist in the martini, the ricin in the electrical socket — aren’t so easily manufactured or replaced. I like some of these shows more than others, but none inspire the same excitement as the previous decade’s groundbreaking, risk-taking triumphs. Creative wheel-spinning looks better when shot in HD but is only marginally more rewarding.

Homeland, the story of a POW returning after eight years of captivity as a potential sleeper terrorist and the sleep-deprived CIA agent obsessed with uncovering him, offers a third way. It’s a refreshingly artful hybrid: cable brains spliced with network brawn. Like the splashy, poster-driven pitches that make it to air every fall on the big four (Dinosaurs! Babies! Dinosaurs surrounded by babies!), Homeland arrived with a killer hook: Was an American hero actually a villain? But the answers provided, in true cable fashion, were muddier than Brody’s Afghani spider hole. Rather than leading us into an unfamiliar world — the mafia, a biker gang, Aaron Sorkin’s hobby-horse farm — Homeland kept us firmly rooted in the tense present, rife with security theater, drone strikes, and known unknowns. But then, like Brody in the vice-president’s bunker, its deeper intentions were revealed.

Homeland is at once a cerebral thriller and a violent puzzle; having it both ways was part of the show’s DNA from the start.

A decade of storytelling excellence has introduced us to plenty of compelling characters with secrets, but the entire purpose of Homeland — the raison d’être of both its characters and its creators — is forcing those secrets to the surface. And, as in wartime, there’s plenty of collateral damage: Brody’s religious fervor is inseparable from his potentially lethal fanaticism, Carrie’s bipolar mania is indistinguishable from her stubborn genius. Frantic and relentlessly physical, the show offers no place to hide, at home or abroad: not a schoolhouse in Iraq, not an improvised mosque in the garage, not even a cookie-cutter condo with an expired bottle of pasta sauce in the fridge. The soldiers on both sides of Homeland‘s amorphous battle lines — Brody and Carrie, Tom Walker and David Estes — are pawns in someone else’s struggle. Those charged with attacking us and those sworn to keeping us safe are revealed to be similarly fucked-up and human. Whether they’re outfitted by Brooks Brothers or by bespoke Islamists in Gettysburg, all involved have long since sacrificed their own lives, resigned to spreading peanut butter with rulers as their wives walk out the door. For every moment of adrenalized action the show provided, there were quiet consequences. In the end, Carrie was right about Brody but her only reward was ruin. There were some who thought the finale’s fizzling bomb was a cop-out. But Homeland is at once a cerebral thriller and a violent puzzle; having it both ways was part of the show’s DNA from the start.

The credit for this balancing act goes to executive producers (and longtime writing partners) Alex Gansa and Howard Gordon. In marked contrast to the Golden Age showrunners whose best work seemed to be angrily reactive — think David Chase indulging Tony Soprano’s every dream sequence and denying his viewers the bloody finale they felt they’d earned, or David Simon using the carrot of a crime show as a stick to batter a complacent, ignorant audience — Gansa and Gordon are happy to create within the preexisting system, not punch and kick their way out of it. They’re industry lifers whose understanding of character and drama, of tension and release, was acquired from years of toiling in the network trenches. (It’s no coincidence that Homeland dwells on the paper-pushing mundanity of intelligence work. Whether you’re making 24 or Maximum Bob, you’ve still got to put in the hours and get something on the air.) But you can see the sure hand of professionals in each of Season 1’s expertly executed twists: pushing Carrie from passive, illegally surveilling observer first into Brody’s quiet house and then further, into his adultering arms. Homeland‘s depth was only possible because its creators knew what they were doing on the surface; traditional plotting and pacing is the kindling that allows idiosyncratic specificity and strangeness to spark. Homeland is Showtime taking two guys who’d been happily commuting in a Subaru and handing them the keys to a Ferrari. It’s the same road, just a much cooler ride.

As quick as I am to celebrate Homeland for breaking TV out of its backward-looking rut and establishing itself as the first pillar of a new (Silver?) age, I also want to be careful not to get ahead of myself. Much of the show’s addictive appeal came from the stakes posed by its central question: What will Brody do? A much harder question to answer is what he will do next. Serialized shows, no matter the era, are best when things are clearest — usually the beginning and the end. Up until midway through production, the creators had Brody slated to die in Season 1 — and planned for Carrie to continue with a new threat, much like Jack Bauer had before her. Now firmly established as Showtime’s signature offering, the future is bright for Homeland but also — thanks to the challenging story-breaking pitfalls and opportunities created by Brody’s survival — risky and undefined; Gansa and Gordon will need to pivot toward smaller queries and longer arcs to maintain momentum. When last we saw Carrie Mathison she had lost her job and was busy suicide bombing her own brain in order to control her bipolar disorder. And so “The Smile,” the wonderfully titled second-season premiere, spends a great deal more time clearing its throat than it does baring its teeth. It’s not until two-thirds of the way through the hour — when Carrie, back on her feet, lives up to the title — that Homeland feels like its old, nervy self again.

But even if Homeland never matches the highs of its first season — or even the more lyrical and auteurist pleasures of the Mad Men season it just defeated — there’s still plenty of reason to cheer. Claire Danes’s performance remains a revelation, a bristly and unself-conscious marvel of intelligence and agitation; she draws you in even as she pushes everyone away. (This year the ticking is coming from inside her own head; what — or who? — will detonate when her memory of Issa returns?) And the new season suggests fresh opportunities for Damian Lewis, fidgeting further undercover while edging toward the national spotlight, and the great, underappreciated Mandy Patinkin as Saul Berenson, the grizzly bear of black ops and the moral backbone of a spineless world.

And Carrie can only dream of having CIA handlers as confident and assured as Gansa and Gordon. Like their prized creation last season at the fountain, they tend to sprint headfirst toward danger, always taking the risk to try something new within the storytelling confines of a medium that’s quite old. By privileging craft over flash and hard work over big dreams, the future of Homeland suggests a future for high-stakes television drama as well.