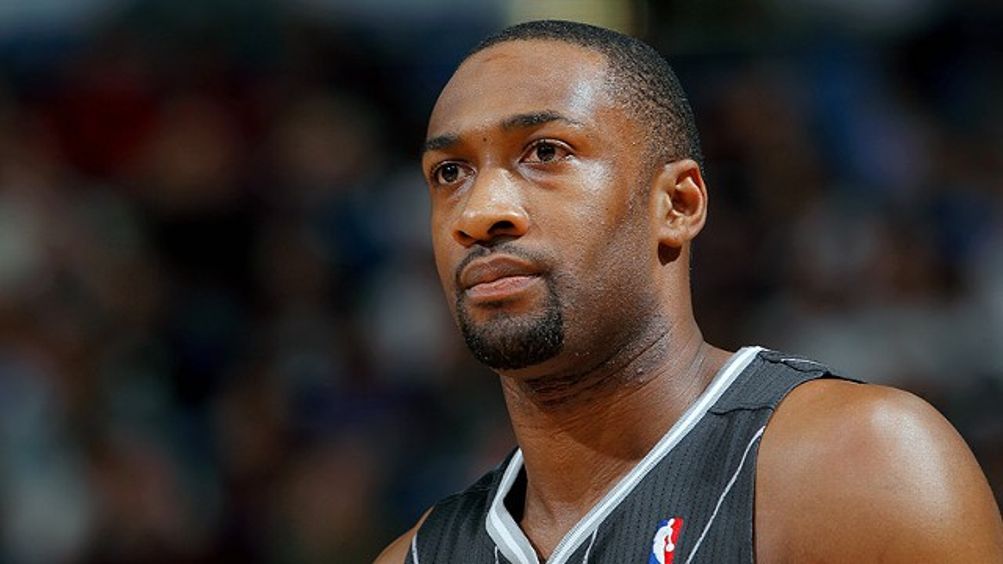 Here’s a scene of everyday NBA cruelty: Derek Fisher, surrounded by a few bored reporters, fielding questions about whether the Lakers can contend without bringing in fresh talent. Derek’s looking blasé, dispensing murmured cliches, just a man fulfilling a professional obligation. No, I can’t comment on Gilbert Arenas. Well, that’s up to Mitch. Mitch makes those decisions. Right now we’re trying to improve with the guys we’ve got in the locker room. No, I don’t know what the other guys think. You’d have to ask them. Right now I’m just focused on the team we have.

Derek Fisher is not an idiot. He’s 37 years old; he’s won five NBA titles. The Larry O’Brien Trophy is filthy with his fingerprints. He knows what a winning team looks like. He also knows that he is personally averaging 5.1 points per game this year, his fewest since his rookie season, while shooting 35 percent from the field and 26 percent from 3-point range. He understands that he is one of the biggest defensive liabilities in the league. He understands that if the Lakers are missing something, the void — or part of the void, or one of the several voids — centers on him. Bynum kicks it out to Bryant, Bryant dishes it to [empty point guard space].

So he knows that if the reporters are right that the Lakers “need something,” then whatever something the Lakers need would very likely either replace him for long stretches or render him obsolete. So what he’s doing now is taking oblique questions about the end of his career. Having functionally evaporated on the court, he’s now expected to stand in the middle of a half-moon of dudes hoisting recorders and talk about whether the team ought to admit that they’ve noticed. If he were Kobe in this situation, he’d get mad — but again, he just let Jeremy Lin torch him for 38 points. So he offers polite, empty answers, because, well, that’s his job, and he wants to keep doing it. There’s nothing remarkable, or even particularly noticeable, about this. You don’t lose it all at once, most of the time, in sports. You lose it in tiny, banal, unnoticeable increments.

This year’s Lakers are the team of unnoticeable increments. Kobe aside — more on him in a minute — there’s something crazily sad about almost the entire squad, as if they’d been created to give the Jeremy Lin story an emotional counterweight. Once a genuine creature of fire, Metta World Peace has now declined to the point that no one even minds calling him by his new name.1 When you think of Luke Walton and Steve Blake, you still picture second-year guys striving to establish themselves, even though they’re both in their 30s. The bench is full of ex-college standouts — Jason Kapono, Troy Murphy — who never quite made sense in the NBA and are now on the downslopes of their careers.2 Andrew Goudelock has potential, but with Blake back from his rib injury he’s struggling for playing time. And nobody can score.

The Lakers haven’t imploded or self-destructed. Friction has just gradually thinned them away. And that, as much as any specific tactical requirement, is why the trade deadline matters so much for them this year. Had the league not gone all Norma Rae on the Chris Paul trade back in December, the Lakers’ offense would now be run by a 26-year-old supergenius point guard who could bridge the gulf between everyone else and Kobe. As it is, Paul is two and a half games ahead of them in the same building, and the Lakers look like somebody’s swooning great aunt. And they’re going to have to go elsewhere for a fresh jar of smelling salts.

This is especially urgent because Kobe has arguably reached the end of his prime, and while it’s fascinating to watch him hoop with somebody’s swooning great aunt, you can’t help but feel like the moment deserves higher stakes.3 Kobe’s relentlessness has always been his most celebrated quality, but this season, he’s starting to remind me of one of those space probes that somehow keep feeding back data even after they’ve gone out twice as far as the zone where they were supposed to break down. You know these stories — no one at NASA can believe it, every day they come into work expecting the line to be dead, but somehow, the beeps and blorps keep coming through. Maybe half the transmissions get lost these days, or break up around the moons of Jupiter, but somehow, this piece of isolated metal keeps functioning on a cold fringe of the solar system that no human eyes have seen.

That’s Kobe, right? While the rest of the Lakers look increasingly anxious and time-bound, he just keeps gliding farther out, like some kind of experiment to see whether never having a single feeling can make you immortal. He’s barely preserving radio contact with anyone else at this point, but basketball scientists who’ve seen fragments of his diagnostic readouts report that the numbers are heartening. It’s bizarre. He’s simultaneously the main character in the Lakers’ drama and someone who seems to have nothing to do with the narrative logic of the post-Phil team. Whatever the Mike Brown era is, he’s got no point of contact with it. Even Gasol and Bynum, his best supporting players, essentially just concentrate on not interfering with his flight path. Everyone stays out of his way, which is easy, because “his way” is a couple of billion miles from the rest of the Lakers.

I guess my point here is this: If you’re the Lakers, why not sign Gilbert Arenas? They worked him out a few days ago, to a chorus of bloggers (correctly) pointing out that he’s hopelessly past his prime and not an obvious fit for the team. And I have no idea whether the super-secret European blood-spinning procedure he recently underwent4 has put the zest back in his knees, or if he’s any different from the guy who coughed up that disastrous season for the Magic last year, and I’d say that the odds he’d actually help the Lakers are probably around 20 percent. But you know what? The current “dignified wilting ex-champions” act of sitting still and making vague overtures toward Dwight Howard5 isn’t going to help, either. Why not at least roll the dice and write your name on the season in letters big enough to see?

Yes, you’d get called out for making a panic move, and people on ESPN would spend a day yelling about guns and locker-room cancer. (Although keep in mind that the main alternative here, before he decided to jump to the Knicks, was J.R. Smith.) But Arenas is cheap,6 experienced, and massively motivated to prove everyone wrong after last season. Assuming he’s OK physically, couldn’t he at least throw in a few points a game and supplement the scoring duties currently being shouldered by — for Christ’s sake — Matt Barnes? More important, Arenas is smart, charismatic, and a little bit crazy. For $1.4 million, isn’t it worth finding out whether he could unscramble Kobe’s frequency and maybe help the current aunts/spaceships binary cohere into a team personality?7

Even if he didn’t play, in other words — which is a live possibility, although he’d be competing for playing time against guys he’d have destroyed in his prime8 — he could bring some intrigue, and possibly some focus, to a team that has so far been alternately anesthetic and depressing. Signing him suggests that the season matters enough to experiment with, even if the experiment turns out to fizzle in the beaker (or, alternately, blow up the lab). Not signing him, or not at least shaking things up in some potentially sensational way, is just marking time, letting the past catch up to the present while Kobe blasts back numbers from the farthest reaches of space.