The Question of Ryan Tannehill 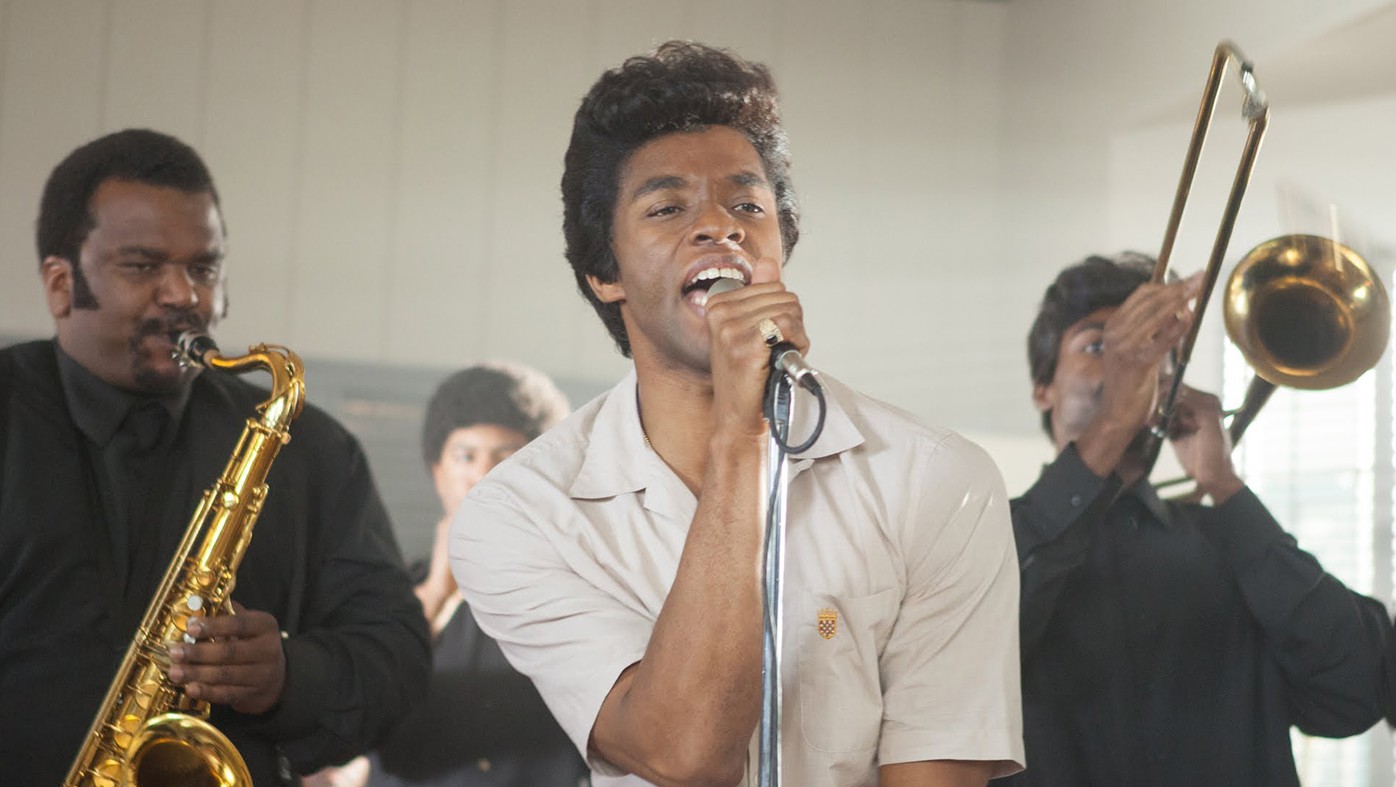 There once was a human being named James Brown. Actually, there have been many human beings named James Brown, but I’m talking about the James Brown. (Not the football anchor — THE James Brown.) He’s among the five or six most important figures of 20th-century American pop music, but there is a circle of people for whom James Brown was just a guy, with all the usual human characteristics, only less usual because, c’mon, he was James Brown. He had three (or four, depending on the legal definition) wives and nine legitimate children, plus at least three other kids born out of wedlock. He had friends, though the Rev. Al Sharpton recently described him as “a very lonely person” on account of his parents abandoning him at an early age. His life was exceptional, but its arc was mortal: He was born, he lived, and he died.

There also is a James Brown who continues to exist as an idea. This is the James Brown the rest of humankind knows. He is the Godfather of Soul. He is the Hardest Working Man in Show Business. He is a sex machine. He is a character Eddie Murphy played on Saturday Night Live. He is living in America like Rocky Balboa. Unlike James Brown the human being, James Brown the idea will never die. The downside is that it can’t exist outside of the public’s imagination. Without our collective consciousness to animate it, James Brown the idea is just a set of signifiers, a collection of hairdos, costumes, and catchphrases floating in the ether.

Last week, a movie about James Brown called Get on Up was released. Like all biopics, Get on Up inserts the idea of a famous icon into a classic melodrama story line. It’s like making Terms of Endearment about Batman. It never really works, but Hollywood never tires of trying anyway, in part because audiences always seem to show up, in spite of already having seen this movie many, many times.

The most notable aspect of Get on Up is the dynamic lead performance by Chadwick Boseman, previously best known for playing Jackie Robinson in 42. I imagine very bored people are already handicapping the 2015 Best Actor Oscar race, and I’m sure Boseman will be a hot candidate. Boseman is fantastic as Brown — he captures the man’s kinetic physicality onstage without shying away from portraying the domineering bully Brown was known to be offstage — and everybody knows that actors who admirably play famous people tend to win awards. For whatever reason, impersonating a real-life person is considered a more impressive feat of acting in our culture than inventing a wholly original characterization out of your imagination. It’s amazing that Rich Little doesn’t have 15 Oscars by now.

James Brown is, of course, a natural for the biopic treatment — he lived a fascinating and historically important life, he was a flawed and contradictory character, and he constantly talked about himself in the third person, which is helpful in biopics. Much of Get on Up consists of concert sequences, and you have to be a pretty miserable person to not enjoy watching a talented actor convincingly lip-sync amazing James Brown songs. There’s also a scene in which Boseman-as-Brown refers to a movie set full of dancing white teenagers as a “honky hoedown,” which is as close to Eddie Murphy–as–James Brown as Get on Up gets. Unfortunately, honky hoedown–level wit is at a minimum in Get on Up. This movie is all about conforming to the established biopic format.

Tell me if you’ve heard this one before: Get on Up opens with the late-period James Brown walking down a backstage corridor as an adoring audience chants his name in the distance, which naturally prompts a feature-length series of flashbacks to his earlier life. From there, we see Brown having Forrest Gump–like encounters with presidents and rock stars, receiving counsel from Little Richard and demanding that LBJ send him to Vietnam. We learn about the childhood trauma that inevitably drives Brown to greatness. We hear family members and confidantes, over and over, underline the certainty of Brown’s destiny by saying things like, “One day, everybody gonna know your name!” and, “The man is a genius!” We see him revolutionize music all by himself in the space of a few minutes while jamming onstage or in the studio. We see him integrate lyrics and exhortations from his songs uncomfortably into everyday dialogue, like when a drug-crazed Brown fires a shotgun into the ceiling and shouts, in very James Brown–like fashion, “Good god!”

Biopics are obligated to dramatize the “real” person behind the legend, but the real person is both unknowable and irrelevant. The idea of the person is what matters; it’s what justifies the biopic treatment in the first place. An idea can denote the power of funk music, the cultural impact of the civil rights movement, and the splendor and silliness of American celebrity. An idea cannot get married, sire children, or perform other civilian tasks without it seeming incongruous and ultimately phony. Batman works only in the context of a Batman movie. The more “real” you try to make the idea, the more fake it seems. 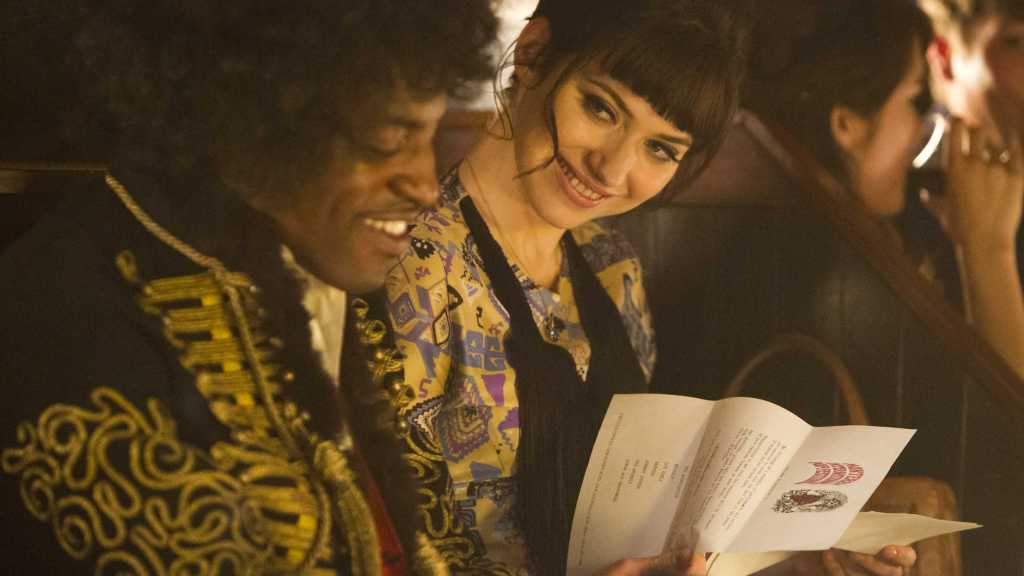 Music biopics are arguably trickier than the standard biopic, because how do you convey once-in-a-lifetime musical genius without an actual once-in-a-lifetime musical genius? It’s one thing to have Daniel Day-Lewis pretend to be Lincoln and Method act the Gettysburg Address. Believing anyone other than the real Jimi Hendrix can play the guitar like Jimi Hendrix is a different story. André “3000” Benjamin, star of the forthcoming Hendrix biopic All Is by My Side, due out next month, doesn’t even have the benefit of Hendrix’s actual music, which the late guitarist’s estate refused to license.1 All Is by My Side hardly ranks as the most troubled recent music biopic project, however. Casting conflicts and general infighting among the film’s subjects have hampered the N.W.A biopic. A Lifetime biopic about the late, great R&B star Aaliyah has already been denounced by the singer’s family, in part because they’d prefer a feature film. (Apparently a big-screen Aaliyah movie is also in the works.) And then there’s the suspended Gregg Allman biopic Midnight Rider, which might never get made now that three members of the filmmaking team have been indicted in connection with a camera assistant’s death.

No matter the challenges, there are dozens of music biopics presently in some state of production. After all, biopics aren’t just good for actors, they’re also good for musicians, reigniting popular interest and spurring album and ticket sales. Kurt Cobain, Iggy Pop, Freddie Mercury, Mötley Crüe, and Hank Williams Jr. are all set to get the biopic treatment. Don Cheadle successfully solicited $325,000 via a crowdfunding campaign so that he can pursue an Academy Award for playing Miles Davis. John Cusack probably won’t win anything for playing Brian Wilson in an upcoming film, but it will definitely be weird. Angela Bassett, best known for playing Tina Turner in one of the most popular biopics ever, What’s Love Got to Do With It, is directing a Whitney Houston biopic for Lifetime, achieving music biopic singularity.2

I obviously haven’t seen any of these movies yet, but I’m confident in blindly assuming that they’ll be terrible, because I have already seen enough movies like them. It is possible to make a good music biopic, however. Here are three modest proposals for how to do it.

1. All Music Biopics Should Be About Fictional Musicians

When musicians talk about the most authentic rock film, they don’t mention conventional biopics, they always name-check This Is Spinal Tap. It’s a movie based in part on real bands — the Stonehenge scene is supposedly inspired by Black Sabbath’s Born Again tour; the part about playing an Air Force base is taken from Uriah Heep. But Spinal Tap as a group is blessedly free of “actual person” baggage — Christopher Guest never had to worry about credibly playing Nigel Tufnel, because he was Nigel Tufnel. (Ditto for Stillwater in Almost Famous, Brian Slade and Curt Wild in Velvet Goldmine, and the titular subjects of The Rutles: All You Need Is Cash, CB4, and Walk Hard: The Dewey Cox Story.) A fictional band or artist made up of stolen details from real life will always be more believable than a real band or artist that’s been dramatized by a made-up plot structure imposed by an inherently bullshit screenplay. 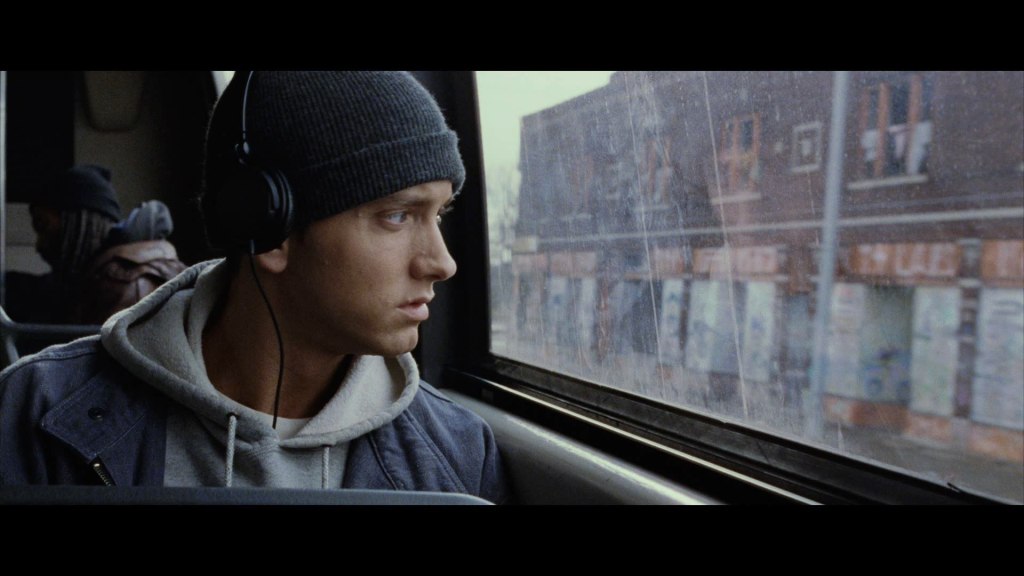 2. If You Must Make a Movie About a Real Person, Place That Real Person in a Fake Story

In Purple Rain, Prince plays “The Kid.” In 8 Mile, Eminem plays “Jimmy ‘B-Rabbit’ Smith.” It’s possible you already knew this, but it’s pretty much worthless information. As far as the general perception of those films is concerned, Prince played “Prince” and Eminem played “Eminem.” And it worked, because Purple Rain and 8 Mile, in spite of being only loosely based on their leading men’s origin stories, are truer to what Prince and Eminem represented in the culture when they were released than any biopic made decades after the fact could ever be. They are mythos-pics, which are what biopics aspire to be and hardly ever achieve.3

3. If You Must Have a Fake Person in a Real Story, Revel in the Fakeness

One of the most acclaimed performances in music-biopic history is Val Kilmer as Jim Morrison in Oliver Stone’s The Doors. Kilmer was praised for his ability to embody what people perceived to be Morrison’s essence — the way Kilmer walked, talked, skulked, tilted his head, moaned into the microphone, and hate-humped Meg Ryan seemed eerily reminiscent of the Lizard King. While I would echo this praise, I’d also point out that it overlooks the obvious about the film that Kilmer starred in: The Doors is a patently silly “movie” movie. At no point does The Doors seem real (or seem to aspire to realness). It is deliberately presented as the fantasies of a megalomaniacal, (possibly) peyote-powered Vietnam vet. And, despite what reasonable people will argue, I think this works to the movie’s benefit. The Doors is an overheated pile of shit about a band that specialized in overheated piles of shit. As with the Doors themselves, I both love it and hate it, and love that I hate it, and hate that my love is predicated on my genuine admiration of long-dead, self-destructive windbags.

The Doors works because it plays, for better or worse, like a Doors song. Todd Haynes’s Velvet Goldmine has a similar quality vis-à-vis David Bowie, though Haynes’s Bob Dylan movie, I’m Not There, failed to do this. (Bob Dylan’s own batshit Dylan movie, Masked and Anonymous, is better in this regard. For more guidance, see modest proposal no. 2.) In terms of a biopic that uses fakeness to get to the heart of a music icon’s reality, Haynes’s first and greatest pop-music film, 1987’s unsettling and illegal4 43-minute art-museum piece Superstar: The Karen Carpenter Story, is the gold standard.

The film’s central narrative device — Haynes used Barbie dolls instead of actors to depict the characters — was a commentary on the damaging social standards for female beauty that contributed to Carpenter’s demise. But it also pinpoints the primary shortcoming of biopics, which is the tendency to depict real people mainly via well-worn reference points lifted from song lyrics, album covers, and iconic television performances. This tacit acknowledgment is totally disarming, and by the end of Superstar, the plasticized Karen Carpenter emotes genuine pathos. Superstar begins as a satire of music biopics and ends as the most emotionally overpowering music biopic ever made. The faker it is, the more real it seems.