The Nastiest Injury in Sports

Through a Glass Darkly 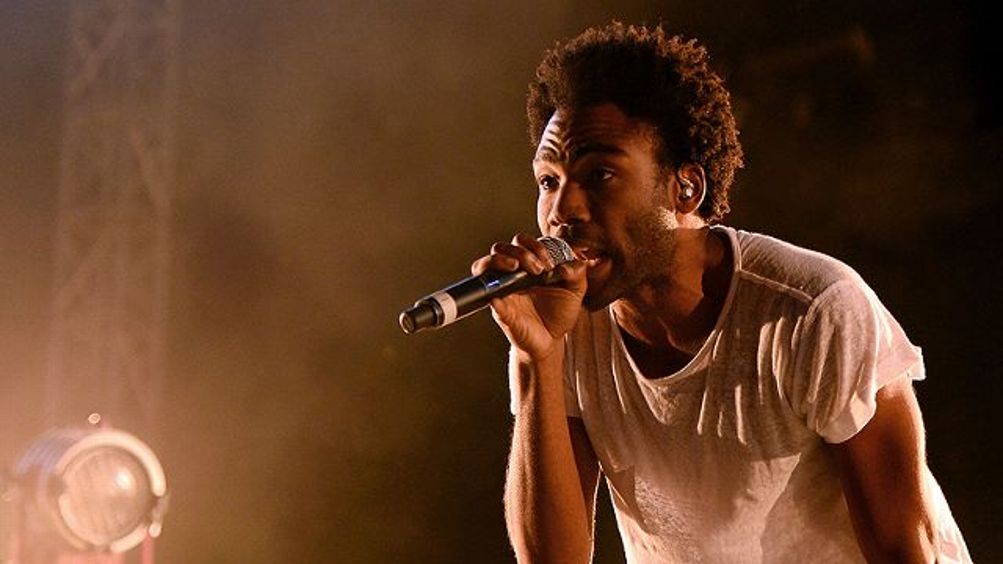 In October, Donald Glover posted to Instagram seven photographed messages handwritten on hotel stationery. The missives were crafted with the naked intimacy of a tortured journal entry and the slickness of an artful ad campaign. Glover printed out his thoughts cathartically in all caps and with self-conscious melodrama, alluding cryptically to a personal battle with depression stemming (apparently) from the recent deaths of “a bunch” of loved ones, his decision to leave the NBC sitcom Community, and the collective burden of miscellaneous fears and insecurities that many humans wrestle with every day. (Do people “get” me? Will I ever be loved by the people whom I want to love me? Does Dan Harmon hold me in low esteem?)

Because Glover is a celebrity, and scanning the social media accounts of celebrities has become the primary method that journalists use to report on celebrities, Glover’s online activity instantly became news. The actor-comedian-rapper (who by coincidence happened to have a new album coming out in a few months) availed himself for several “Dude, are you OK?”–style interviews in which he insisted that, yes, dude, I am in fact totally OK. “I just wanted to write down my feelings,” he told People. In the NME, he stated, “I’m not having a personality crisis, more like a personality burst.” To the website Andpop.com, he griped sardonically that he “felt mildly inconvenienced by phone calls” in the wake of the incident.

The most obvious question of all (at least to me) went unasked: Why in the hell would you scrawl seven pages of sentences, photograph them, and then post them on the Internet? Doesn’t this strike anybody else as weird, or at least horribly inefficient? Maybe it’s been a while since you’ve written out anything by hand, but as a person who occasionally has to scribble down words so that I don’t forget whatever mildly interesting work-related thought happens to be waltzing around my head, let me tell you that it’s kind of a pain in the ass. Back in my penmanship prime, circa fourth grade, I could push a pencil on paper like a juiced-up Lance Armstrong powering his bike up Alpe-d’Huez. But now, writing out a rent check makes my right hand feel like it’s been borrowed from an offensive lineman who retired in 1986. I’m just saying that tweeting or typing out a Facebook post would’ve properly burst Glover’s personality with much simpler logistics.

So, what was the point of this?

Let’s get back to that question later.

It would be cynical1 to suggest that Glover’s Instagram outburst was expressly intended to promote the new Childish Gambino album, Because the Internet. But it’s impossible not to notice the thematic parallels between what Glover wrote and what he recorded. Because the Internet, Glover’s second album, is about the postmodern Catch-22 of the telecommunication age, which (to put it somewhat reductively) is that millions of people are talking endlessly to millions of other people online about how alienated they feel from the bulk of human existence. Glover feels that the Internet has cut him off from the experience of feeling truly alive, and he believes he can express this feeling only on the Internet (whether it’s on social media platforms or on an album that will be heard primarily via streams and downloads). It’s a relatable sentiment for those of us who spend our professional hours shackled to computers and then wind up dicking around in the virtual break room that is Twitter long after the workday ends. Somehow, technology has enabled people to experience the least-satisfying aspects of solipsism and exhibitionism simultaneously. And we won’t stop yapping about it already.

For Glover, the communication breakdown runs deeper. A charming presence on Community and a gifted comedy writer who came up during 30 Rock‘s creative prime, Glover was presumed to be a similarly jokey rapper à la the Lonely Island when he released his first record as Childish Gambino, EP, in 2011. But the 30-year-old Georgia native revealed a more ambitious and sneakily serious artistic temperament on his 2011 full-length debut, Camp, positioning himself as a hip-hop outsider critical of materialism and machismo. Glover was perceived as a novelty artist when he really wanted to be a kind of generational spokesman. “These black kids want something new, I swear it,” he rapped on “Fire Fly,” one of Camp‘s most strident tracks. “Something they want to say, but couldn’t, ’cause they embarrassed.” The implication was that by identifying a supposedly underserved audience in need of a new sort of rapper, Glover was precisely the person to fill the role.

Glover pivots slightly on Because the Internet, from ersatz hip-hop ombudsman to surveyor of online culture. The songs ponder how technology has infiltrated and warped our romantic relationships and encased each “connected” person inside fortified digital walls. Lest you find an album titled Because the Internet to be a prohibitively dispiriting proposition — we haven’t even delved into songs with titles like “Life: The Biggest Troll (Andrew Auernheimer)”2 or “Earth: The Oldest Computer (The Last Night)” yet — Glover believes that our society has already waited too long for an album titled Because the Internet to examine Internet-y subjects. “It’s weird to me that there’s not a similar title [out there already], because the Internet is everything,” he recently admitted to Time. “Everything we do is put into information online so I thought it was appropriate for the times.”

Now, for anyone aware of rappers other than Childish Gambino, he is hardly an “outside” artist, but rather the beneficiary of legitimate trailblazers like Kanye West (who exploded the sound of mainstream rap with 2008’s 808s and Heartbreak) and Drake (who softened and then deepened the 808s template) creating a new center for the rap mainstream that has since embraced iconoclasts like Kendrick Lamar, Future, and Chance the Rapper.3 On Camp, Glover essentially sounded like a well-intentioned but off-brand version of West and Drake. Similarly, on Internet he’s traversing well-trod ground with a lot less insight and panache than his predecessors. Drake is already the defining rapper of the Internet era — oversharing is his brand, and he does it with far greater specificity and debauched self-recrimination than Glover. See the musically breezy but lyrically blah Chance the Rapper co-starrer “The Worst Guys,” in which Glover listlessly describes a PG-rated hookup that commences at a Clippers game, or the low-grade nihilism of “No Exit,” in which Glover’s emotional desolation is conveyed by a hastily consumed McFlurry and an all-night cartoons-watching session. 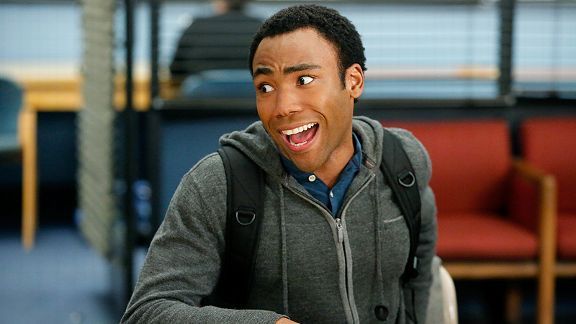 As for Kanye, Glover isn’t in the same league when it comes to web-friendly absurdist hyperbole, as the video for “Bound 2” and his endless supply of meme-generating interviews recently affirmed. Glover doesn’t have the stones to be nearly as outrageous — no matter its ridiculous title, “Life: The Biggest Troll” is a rather mundane rumination on how the Internet allows for lonely people to lose themselves behind avatars. “We are the dreams of our parents lost in the future / who hide the deepest desires and wear a mask like a lucha,” Glover proclaims. That’s deep, Donald, but what the world really needs is another pastry-related catchphrase we can turn into a hashtag.

If Glover lacks Drake’s eye for prurient detail and West’s show-stopping grandiosity, what does that leave for Because the Internet? An unseemly residue of petulance, that’s what. At least Camp had its moments of exuberance; on Internet, Glover (who produced most of the record with regular collaborator Ludwig Goransson) favors a familiar murk of cinematic synths and portentous beats on loan from Frank Ocean and the Weeknd.4 The music telegraphs what the words gracelessly reiterate: “Fuck it, I just want to feel something,” Glover says on “Zealots of Stockholm (Free Information),” and that’s about as eloquent as he gets.

Significant portions of this record don’t critique or satirize the Internet so much as react to it, particularly the parts that have expressed mean opinions about Glover. “My god, you pay for your friends, I’ll take that as a compliment,” he says on “3005.” “Rich kid, asshole, paint me as a villain … y’all fuck boys like Socrates,” he fumes on “Sweatpants,” undermining his attempts at an otherwise sensitive and enlightened tone here. Look, I don’t like anonymous commenters, either, but responding to them individually on a record is probably not the best course of action. But given the worldview behind this record — “The Internet is everything” — it’s natural that these petty scores are amplified beyond all sense of perspective.

I don’t want to be too hard on Glover, since he seems like a thoughtful guy whose worst crime is being derivative. In two recent interviews, he casually mentioned that he reads Kierkegaard, and while I really want to make fun of him for casually mentioning this, I’m not going to. It wouldn’t be fair: Because the Internet is a bad record, but not because it’s pretentious. I think about the same things Glover does all the time. I’m convinced that the level of depression I feel on a daily basis is caused by how much time I spend online. I can engage in a dozen great conversations with brilliant and hilarious people every day in social media, and it doesn’t feel half as fulfilling as a positive in-person encounter with an average stranger (which I normally don’t have, positive or negative, most days). And yet this does not prevent me from compulsively seeking validation in the digital realm — nor does it slow the speed at which the buzz from that validation fades. As with all addictive properties, the Internet creates a hunger that can’t ever be satisfied. This is simply not a healthy way to live.

What frustrates me about Because the Internet is that instead of illuminating an alternative — or allowing for the possibility of an alternative — it personifies why Internet life is so depressing. The tone is nostalgic, self-referential, and complacent. Like so much of web culture, this record favors archiving (of personal neuroses, of pop-culture references, of hip musical signifiers) over imagination. And it blocks out everything else; the idea of just unplugging from all of our shit never comes up. “I don’t want anyone to think this is an indictment,” Glover told Time. For him, “it’s not like it’s a bad thing” that constant exposure to the soul-deadening agents of the Internet has resulted, according to his own lyrics, in his inability to feel anything. Really? So why did you make this record again?

Because the Internet is indicative of that common online malady recently identified as smarm, in that it perpetuates the idea that merely stating your opposition to something means as much as actually doing something (or nullifies actively not doing something). I’m not pointing any fingers here — like Glover, I hate that I spend so many waking hours on the Internet, and yet I’ve done nothing to extricate myself. I’m an analytical person by nature. I crave a vantage point. The real world is just too fast and up close. It feels more comfortable to experience human existence with a five-second tape delay, as a safeguard against living in the moment. I suspect Glover feels the same way. I think that’s why he took the time to carefully write out those notes and then, once they were perfectly constructed, preserve them for public consumption on his Instagram account. It was his tape delay.

In a recent interview, Glover talked about growing up in the pre-Internet world and how he can still “remember what humanity is like.” We need to “bring that good shit with us,” he said. Actually, you can go back to that world whenever you want. It still surrounds us. Just look up from your damn phone.