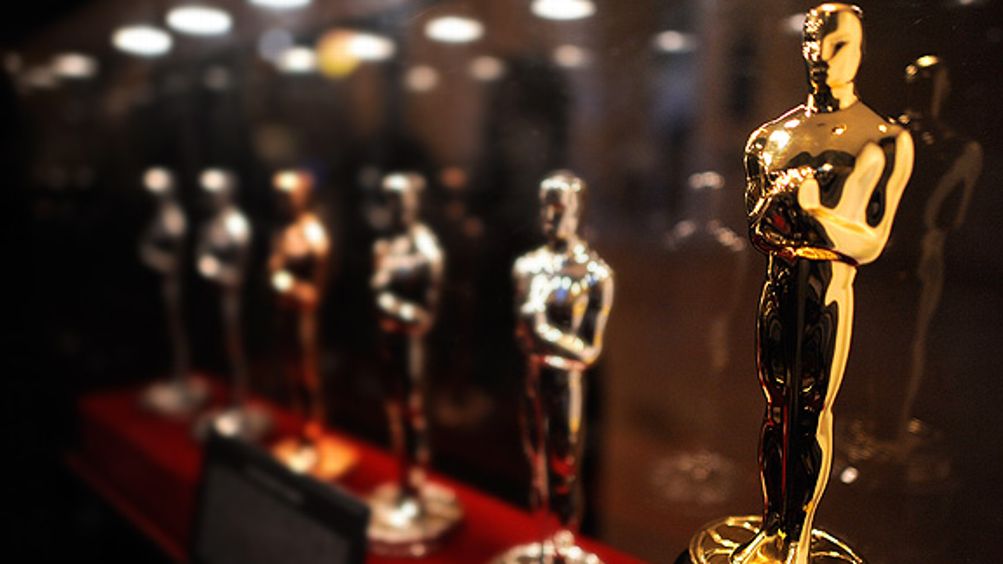 Why am I writing about the 2012 Academy Awards race a full 181 days before the ceremony? If you have to ask, it means you’ve missed the news that when it comes to the Oscars, obsessive overkill is part of the fun. Also, because this post-Labor Day moment is the last opportunity to weigh in before things get complicated, and because in the minds of the people and companies that are spending money on it, the race has not only begun, it has already descended into tragicomedy. (Exhibit A: The mailed invitation that some Academy members have already received to attend a screening and mull the question of whether this year’s pantheon of Best Picture nominees should include Transformers: Dark of the Moon.)

Over the next six months, I will try to sort through the combination of need, ambition, competitiveness, insecurity, ego-stroking, undermining, strategizing, and — not to get inappropriately high-minded — genuine movie love that fuels an Oscar season. And this is going to be a good one, because it includes the desperately welcome element of surprise. To recap: Two years ago, the Academy decided to expand its Best Picture roster from five films to 10, largely as an act of populist atonement for failing to nominate The Dark Knight. This had two tangible results: a lowering of the bar (there is literally no way to undo the phrase “Best Picture nominee The Blind Side” from now until the end of recorded time) and a demolition of suspense. In last year’s run-up to the nominations, the measly list of contenders felt so predetermined that bloggers and handicappers were, for months, reduced to trying to drum up some excitement about whether The Town was going to get a nomination. (It didn’t, and outrage failed to resound throughout the land.)

Anyway: This year, the number of Best Picture nominees — which could be anything from five to 10 — won’t be revealed until the contenders are announced in January, and will be in large part determined by the number of first-place votes each movie gets on the nominating ballot. So if you’re an Oscar follower, you’ll be hearing one number again and again in the next few months: 5 percent. That’s the minimum overall portion of first-place votes that a movie needs to get into this year’s Best Picture race, which translates to about 250 voters saying, “Yeah, I think that’s the best movie of 2011.” That means that right now, Best Picture hopefuls are sort of like Republican primary contenders: It doesn’t take much to stay in the game, but somebody, somewhere, needs to love you even if a majority of voters think you’re stupid.

What’s great about this new system is that it will encourage Oscarologists to think of the Academy not as a monolith with a uniform, hidebound aesthetic, but more accurately, as an accidental confederation of wildly disparate and conflicting factions and constituencies, any of which can become the target of niche campaigns. With that in mind, let’s look at the Best Picture field so far — and yes, there is one: Although most Oscar movies open in November and December, over the past two decades, more than a quarter of all nominees, and seven out of 20 winners, opened before Labor Day. Four movies you may have already seen are likely to be the subject of intense campaigns — and three of those campaigns may work.

Although he’s amassed a record 14 nominations for screenwriting, Allen has been in the Best Picture race only twice, most recently in 1986 for Hannah and Her Sisters. That could change this year, because there are few things about which Oscar voters are more sentimental than a big success in the autumn of a career — and Allen, who will be 76 when this year’s trophies are handed out, has seen this film improbably become his highest grosser ever. (Even when you adjust for inflation, it’s his biggest hit since the 1980s.) Given his recent batting average, voters may decide that this is the moment to bring him back into the fold, if only to see whether he might actually show up for the ceremony, as he did memorably back in 2002. Midnight won’t win;1 too many voters find it slight and are even bewildered that this, of all things, has been Allen’s late-period breakout. But Sony Pictures Classics knows how to run a campaign, and this is a very good bet for a nomination.

The Tree of Life

There are plenty of people who don’t know what the hell dinosaurs or Sean Penn are doing in Terrence Malick’s apparently semi-autobiographical story of a Texas family in the 1950s. (Sean Penn is one of them.2) Those voters don’t matter right now. What matters is that the movie’s admirers don’t just like it, they love it; the intensity of feeling that led the New York Times‘s A.O. Scott to compare it approvingly to the work of Herman Melville is what lands you at the top of a ballot rather than at no. 3 or no. 4. In an early publicity masterstroke, Fox Searchlight released a video of directors David Fincher and Christopher Nolan praising the movie and, in particular, Malick, creating a kind of narrative of neglect in which two directors who have been underheralded by the Academy (Nolan is probably the most prominent terrific filmmaker of his generation not to have been nominated as a director, and Fincher is the guy who everybody knows should have won last year for The Social Network) shower praise on the guy who, for crying out loud, wasn’t even nominated for Badlands or Days of Heaven. There is a base of Academy voters that takes film as art very seriously. They’re the ones who nominated The Pianist and There Will Be Blood and Malick’s own The Thin Red Line. Right now, Tree of Life is their horse.

So, you have a problem with The Help? You think it sands the splintery edges off the civil-rights movement, turns the white character into the big savior, oversimplifies and caricatures everything? Save that argument for after the nominations, because right now, you don’t matter. You will never, ever be able to talk someone into believing that they were wrong to have a big emotional reaction to a film — they will look at you as if you just told them you think their child is unexceptional. And a liberal message movie, even one at which a lot of actual liberals are rolling their eyes, is rarely a hard sell to Academy voters — especially one that has what everyone agrees is a monumental performance at its center. All The Help needed to secure its Best Picture nomination was to become a breakout box-office success. That box is now checked off. It’s an almost certain nominee.

Warner Bros. will likely mount a spirited Best Picture campaign for what has now become the highest-grossing film in the history of the world not directed by James Cameron. But HP8 is likely to end up as the highest-grossing film in the history of the world to not become a Best Picture nominee. The pro-Harry argument is simple: The series was good for the industry (meaning some people got rich), it got better as it went along, which is rare and heartening, and it should get some kind of Return of the King-style recognition for cumulative achievement. And the hope is that, as an elaborately mounted, ultra-art-directed, sound-effectsy movie, it will have enough craft-branch support to carry it to a nomination. The problems with that reasoning are twofold: First, unlike Deathly Hallows, Return of the King represented the culmination of a single filmmaker’s sustained vision. The second is a classic Oscar-campaign fallacy — the delusion that members of the sound branch vote for the loudest movie, that costume designers think the best picture of the year is the one with the nicest dresses, and so on. Voters don’t think that way — they vote for the movie they liked the most. It would be a fun coup to have Daniel Radcliffe, Emma Watson, Rupert Grint, and the astounding roster of master thespians who supported them onstage for a well-deserved group curtain call at the Oscars — but that’s all the reward they’re likely to get. (And I write that as someone who thinks that Alan Rickman’s Snape surely deserved recognition somewhere along the way.)

We’ll see many other Best Picture campaigns, including a push for Bridesmaids, which shouldn’t be completely counted out, and a pro forma pitch for Cars 2, which should. But what’s missing from the field above is, surprisingly, an Oscar perennial — the Sundance Film Festival darling that became a breakout success. Last year, two of those, The Kids Are All Right and Winter’s Bone, made it to the final 10. This year, nothing from Sundance so far has had quite the combination of critical heat and word-of-mouth box office to put it in the race. You don’t have to make much money to be the Little Movie That Could, but you do have to do better than $1 million or so, at which a lot of this year’s festival movies are topping out.

Speaking of festivals, as I write this, the onslaught of fall film unveilings at Toronto, Telluride, Venice, and New York is about to change everything. Next time, I’ll write about how Toronto in particular can redraw the Oscar landscape, the good and evil behind the word “buzz,” and some of the pre-Labor Day performances that may already have secured spots on the ballot.

Mark Harris is the author of Pictures at a Revolution: Five Movies and the Birth of the New Hollywood and is currently at work on his next book.

Previously from Mark Harris:
What the F is the MPAA Thinking?