The Reducer: Week 4, We Are Big, It’s the League That Got Small 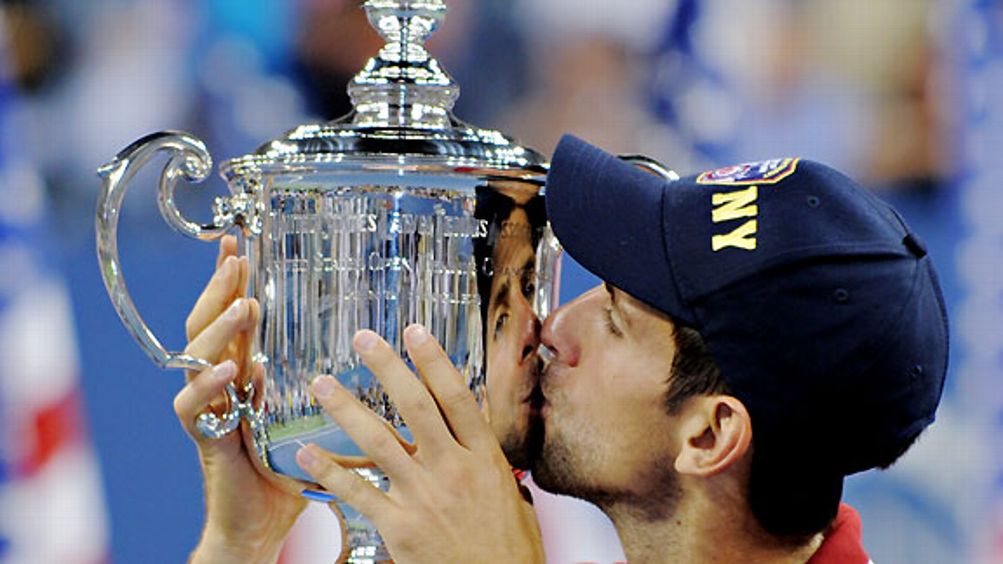 When it was all over, Novak Djokovic dropped to his knees and covered his mouth with his fists. He was wild-eyed with joy — you might have been, too, if you’d just beaten Rafa Nadal in four bruising sets in the U.S. Open final — but only for a second. He quickly recovered himself, scrambled to his feet, and blew a few kisses to the crowd before trotting over to his bag to wipe off the sweat and get his stuff in order. He was happy, but the reaction was a far cry from Wimbledon, where he’d been so ecstatic after beating Nadal in the final that he actually ate some grass.

A lot has happened since Wimbledon. That was the tournament when Djokovic cemented his status atop the tennis hierarchy, putting distance between himself and Nadal and Roger Federer. Maybe because we’d been so conditioned, pre-Djokovic, to see Federer and Nadal as untouchable, Djokovic’s status always felt a little fragile, even when he raced out to a 60-something-and-2 record, even when he beat Federer multiple times this season and waxed Nadal in five straight (now six straight) finals. The tennis world always seemed to sense that, sooner or later, the real status quo would reassert itself.

The tennis world can forget it. Just last week, I was worried that Djokovic was too quirky and sensitive to pose a long-term threat to the old world order. But this thunderous U.S. Open final, which Djokovic won 6-2, 6-4, 6-7 (3), 6-1, proved that Nole is the world order. His demeanor after winning showed as much. No tears, no hysterical celebrations, just the calm glow of a job well done. He cut his way through Federer in an epic five sets in the semifinals, then through Nadal in a somehow even more epic four-set final, becoming in the process only the second man — after Juan Martin del Potro in 2009 — to take down both players en route to a Grand Slam title. And he reacted with a kind of contained self-satisfaction, as though he expected it all along.

He might not have been the only one. Talking to Mary Jo Fernandez before the match, Nadal — who’s been frank about how baffling he finds Djokovic to play against — was weirdly subdued, holding out hope that he might one day beat Djokovic. “If not today,” Nadal said, “then in the future.” In the first two sets, Nadal, the defending tournament champion as well as one of the toughest, grittiest, and least intimidatable players in the history of tennis, got pushed around like somebody’s little brother. Nadal broke Djokovic’s serve four times, and Djokovic broke him right back four times. For the match, Nadal won a paltry 52 percent of points on his first serve. The crowd, sensing a mismatch, started screaming for Nadal almost immediately. That kind of thing used to frustrate Djokovic, get in his head. Last night, fresh off The Confrontation that propelled his win over Federer, he seemed almost indifferent. He just slugged away, kept the pressure on Nadal, and waited for the Spaniard to crack.

Djokovic accomplished two things in this final, neither of which should be able to coexist with the other, both of which should dramatically help his legacy. First, he dominated one of the greatest tennis players of his generation at the peak of his prime, practically toying with Nadal at moments and storming through the final set, 6-1, despite a back injury that threatened to disrupt the match. “He’s a beautiful player,” Nadal allowed in the prematch interview, but in this match Djokovic was as punishing as he was beautiful. One of the reasons Nadal’s points percentage was so low was that Djokovic kept smashing back shots that would have been winners against any other player. In the fourth set, Nadal repeatedly did something I’ve never seen him do before: he dropped his head in weary exasperation before turning to chase down yet another improbable Djokovic passing shot.

The other thing Djokovic accomplished was to win a close, tense, hard-fought battle against one of the greatest tennis players of his generation. It’s a contradiction, but what made this match unforgettable was that it felt simultaneously like an easy blowout and a crazy cardiac thriller. Djokovic was always in control, but his opponent was so relentless and indefatigable that that control somehow asserted itself over a sublayer of all-out war. There were multiple — I mean many-times-over multiple — rallies that stretched to 25 shots or more. Both players have near-perfect defensive games, can batter the ball from the baseline for hours, and yet also have the speed and grace to run down drop shots and crush winners from anywhere on the court. It wasn’t a lyric contrast of styles so much as a running contest to see who could send the ball hurtling with greater force and at a more violent angle. And Nadal gave as good as he got, roaring and pumping his fist after winners, spraying sweat off his blue Nike shirt. Except that somehow, at the ends of games, Djokovic kept being the one left standing.

For instance: Leading 2-0 in the second set, and serving, Nadal used every shot in his arsenal to stay alive in a game that stretched to nearly 20 minutes, fighting off six break points. “I fight until the last ball,” he declared after the match. On the last ball of this game, however, he somehow dumped an overhead smash into the net to give Djokovic the break. It was one of the most grueling games of tennis I’ve ever seen, and yet it came in the middle of a set that Djokovic won pretty easily, 6-4. The cumulative effect of all those moments was that Djokovic seemed both to prove his runaway superiority over the rest of tennis and to prove that he could win a toe-to-toe brawl with one of the game’s most legendary bundles of fury.

And this is where history gets interesting. Djokovic is now 64-2 with nine titles on the year, including three majors. That’s easily enough to put his season among the best ever, ranking with Federer’s 2006 (92-5, 12 titles, three majors), McEnroe’s 1984 (82-3, 13 titles, two majors), Connors’ 1974 (99-4, 15 titles, three majors), and Laver’s 1969 (the second time he won all four majors). With only four Grand Slam titles to his name, Djokovic doesn’t yet have the résumé to rank with anyone on that list, or with Nadal, Sampras, Borg, etc. But this year, at this moment? He’s playing some of the best tennis that’s ever been committed on the court, with a return game that absolutely decimates opponents and a signature shot — the down-the-line backhand — so devastating that even top players who know it’s coming usually can’t cope with it.1 Just ask Nadal. It’s time to stop treating Djokovic like an afterthought who got in the way of Nadal and Federer. He might have been spurred along by their accomplishments,2 but he’s every inch their equal. And he’s still getting better.

And so, after the rain delays, the wind, the controversies, the 9/11 tributes, and the Mercedes ads, that’s what’s left from the 2011 U.S. Open: Djokovic smiling benevolently, congratulating Rafa, and touching his lips to the cup. “We cannot even realize how lucky we are to live and be able to do something that we love,” he said, paying tribute to the victims of the September 11 attacks. After four hours of battle, he was poised and gracious, like someone who knows he’s a champion.

Previously from Brian Phillips:
Novak Djokovic: The Shot and The Confrontation
The Problem with Novak Djokovic
The Brash Style in American Tennis
When We Need Our Barbarians
Corruption, Murder, and the Beautiful Game: On FIFA’s scandalous history