A great night of television

Editor’s note: This article appears in the June 5 issue of ESPN The Magazine.

During Game 5 of the Clippers-Suns series, Mike Dunleavy made the single dumbest coaching move I have ever seen. With his team leading by three and 3.6 seconds remaining in OT, Dunleavy inserted a rookie who’d played 18 seconds in the first half (Daniel Ewing) to cover Phoenix’s best 3-point threat (Raja Bell). Suddenly blessed with a couple of extra inches and some 25 extra pounds, Bell pushed off the slender Ewing to get free, darted toward his favorite spot in the corner and drained a game-saving 3 over Ewing’s outstretched arms. And, yes, the Clippers had a foul to give. 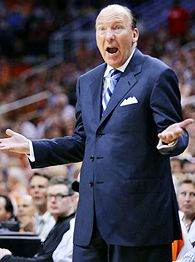 Watching this fiasco at home, I nearly began to hyperventilate like Paula on “The Real World.” If your life depended on winning a game, would you tap an ice-cold rookie to guard the other team’s most dangerous shooter, let alone expect him to realize instinctively that he had a window to give an intentional foul before that shooter gathered himself? Or would you put this decision in, say, the hands of Cuttino Mobley, your second-best defender, an eight-year veteran, someone who’d actually been on the floor all night? The old guys know what’s up. As Sam Cassell said after the game, had he been guarding Bell, the Suns sniper would have ended up in the “fifth row with the popcorn man.”

The Suns ended up winning in double OT. By the time you read this, we’ll know if Dunleavy’s boner blew the series, which would be a shame because he had the better team. Remember also that Dunleavy kept Cassell — one of the most clutch players of his generation — on the bench for all but 35 seconds of the fourth quarter of an agonizing Game 3 loss. Two days later, Sam nailed a backbreaking 3 to clinch Game 4, then skipped down the court holding an imaginary pair of giant testicles. Coincidentally, he passed right by Dunleavy, who was rummaging on the sideline for a time machine that would give him another crack at Game 3.

For the record, I am not a Clippers fan, although I have a vested interest in their success because I own season tickets and attend every playoff game (the more the merrier). I have grown to like their fans, who, before things turned this season, were beaten down like abused dogs waiting to be rescued at an animal shelter. But I don’t really care. I’m a Celtics fan. If they had been the ones playing the Ewing card and choking away Game 5, I’d have been catatonic for a week.

Still, the Ewing sequence got me thinking: I’ve watched these Clippers up close for the entire season, and over that time, Cassell has been a revelation. I have never seen a player control his environment quite like he does. He doesn’t just lead the Clips in every way. He interacts with referees, opposing players, even fans. He never stops smiling and chirping. During stoppages in play, he races over to teammates to explain what they’ve done wrong, how they should fix the problem, how they can get better. When he’s resting on the bench, he stands much of the time, yelling out instructions, cheering on teammates, calling out picks, riding the refs. He may as well be the player-coach.

So … why isn’t he? Why couldn’t Cassell be the first player-coach since Dave Cowens in 1979? Consider the following:

1. Real coaches get fired all the time — and over and over again. Two seasons ago, every coaching job in the East changed hands within 18 months. Hire an NBA coach and there’s an overwhelming chance he’ll be gone within three years. And then the same guys get passed around like a beer bong at a keg party (like Dunleavy, who’s on his fourth team), and nobody ever questions the wisdom of spending millions on someone who has failed somewhere else.

2. Bill Russell won two titles in Boston as a player-coach. Sure, the game is now more technical, and there’s tons of scouting, and you have to break down game film and stuff. But couldn’t quality assistants handle 90 percent of that? It’s not like this is football. You play five guys, the game plans are fairly simple, common sense usually prevails. Look at Phil Jackson: He’s been more spiritual adviser/caretaker/relationship therapist than X’s and O’s teacher, and the dude has nine rings.

3. To my mind, only five coaches in the league stand out — Jackson, Avery Johnson, Gregg Popovich, Mike D’Antoni and Scott Skiles. (Note: I had to remove Larry Brown from the list after this season’s Knicks travesty, although he might be onto something with this ingenious “sign big contract, stay for year or two, initiate sabotage, burn bridges, collect huge buyout” routine.) Nobody else matters; they’re all interchangeable, ranging from “decent” to “I wouldn’t hire that guy to manage a McDonald’s.” Take Dunleavy, whose 2000 Blazers blew a 15-point lead in Game 7 against the Lakers, still the most painful sports collapse of the decade. He’s not a bad coach, but he’s not really a good one, either. The same could be said for the rest of these guys. 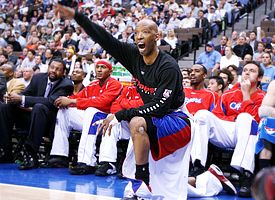 4. Coaches get fired because they “stop reaching their players” or because “the team needs a spark.” Well, do you think a player would ever tune out one of his best teammates, someone who leads by example on the floor each night? It’s the foundation of all sports: two or three players rising up as alpha dogs, everyone else falling in line. Who knows the strengths and weaknesses of the players better than a guy who plays with them? It’s no different from George Clooney directing a movie.

5. Although the CBA prohibits teams from paying a player for a nonplaying job — the Bulls can’t sign Ben Wallace to a $75 million deal as team janitor, then get him to moonlight as a player for the minimum — a team could try to convince a player to coach for free. Would you rather pay $8 million a year for Cassell, player-coach … or for Doc Rivers and Brian Scalabrine?

6. The buzz around the league would be dress-code huge. Nothing would cause a bigger commotion than a team hiring a player-coach. Certainly, no random coaching move would get a run-of-the-mill team more publicity and attention, short of hiring Whoopi Goldberg or reuniting Spree and P.J.

See? At the beginning of this, you thought I was crazy. Now you’re slowly coming around, right? What gets you more excited? Year 2 of Coach Cheeks in Philly, or Year 1 of Coach Iverson? Ah, the possibilities.

Now, I’ve been told player-coaches may actually be against the rules of the CBA, too. I say let common sense prevail. Is it really that dangerous to experiment with
a job that already carries an 80-85 percent rate of failure? Probably not. Of all the kooky sports nuances that long ago disappeared — goalies playing without masks, kickers kicking straight on, players smoking at halftime — the player-coach is the one that deserves to have lasted. There’s still time to bring it back.

I don’t know if Cassell is the guy, but I know this: He wouldn’t have relied on an ice-cold rookie with a playoff game on the line. As far as I’m concerned, that alone makes him better than half the coaches in the league. Besides, shouldn’t the first player-coach in nearly three decades be someone who celebrates big shots by hopping around and holding
an imaginary pair of giant testicles? You can’t do that while holding a clipboard.

At least let’s hope not.