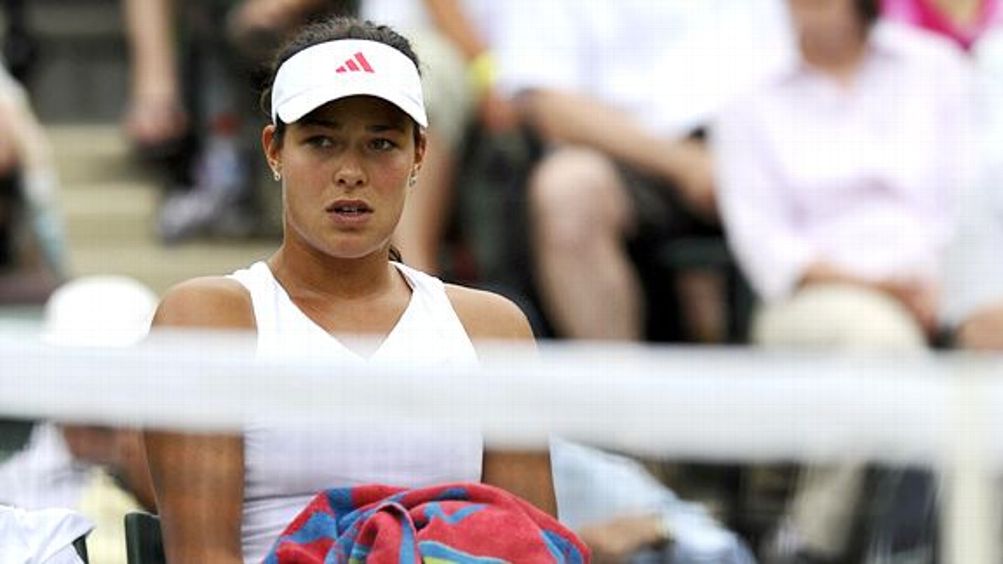 Tennis requires the ability to calculate infinite variables while not thinking at all. The physics are gnarly but preconscious. Reflexes and muscles, eye sensors and veins, execute the work, and adjustments are made as a machine recalibrates according to conditions. A winning strategy requires immense brainpower, but its intelligence is narrow; it admits no ambivalence or second thoughts. What is called the ability to focus, the mind of a champion, is more like having no mind at all.

Winners are people who maintain this state of mindless genius all the time. Because they don’t question whether certain things are possible, such as making a ball bend through the air at weird angles or reaching an out-of-reach shot, sometimes they manage to do them. Not just sometimes — the best do impossible things often. Watching winners can be wonderful for precisely this reason: their athletic virtuosity makes you ecstatic. You leap from your seat and raise your arms without even realizing it.

But not all tennis players — not even all great tennis players — are winners in this sense. Some of them manage to move around with uncomplicated singular grace some of the time, but are weighed down by the knowledge, however slight, that their blessing is borrowed. Occasionally, they begin to think and have second thoughts. They feel a little pain in their pinky and wonder how it might affect their grip. They notice that their opponent is really ripping that backhand, and they wonder about how to adjust, instead of just adjusting. They wonder why they’re losing, or why they’re winning. They talk to themselves instead of just grunting.

Of course, these players, these not-winners, still win a lot. Caroline Wozniacki, the top seed going into Wimbledon, typically plays some brilliant tennis, and then something happens. She starts to fuss with her hair. Her counterpunching loses its punch. It looks like her mind is wandering from the court, though my guess is that she’s actually too aware. She’ll probably win a major someday, but it won’t be because she summons the ferocity of a champion. It will be because she figures out how to not lose.

Or take the no. 2 seed, Vera Zvonerava, last year’s runner-up. In her first-round match today, against the young American Alison Riske, she won the first set 6-0 and was up a break in a second, and yet she nearly let the match slip away when Riske began to pick up the pace, attacking with her return. Zvonareva held it together, did not panic, and continued to play her game, but even near the end of the match she was muttering to herself.

Aside from the Williams sisters and Maria Sharapova, who plays like ferocity personified, there aren’t any champions in women’s tennis right now. Unlike the men’s game, where the top four are so dominant, the women’s field is wide open. When the top players step onto the court, these days there’s usually a hint of doubt, the hanging question of whether they can manage not to lose it. 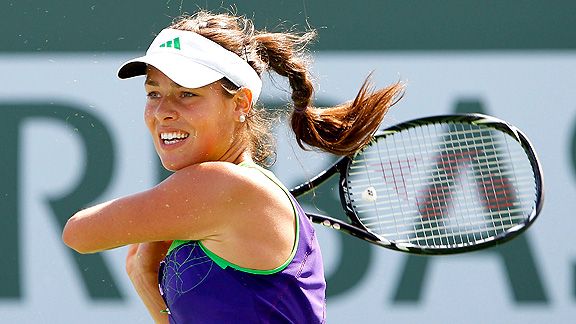 Ana Ivanovic is already moving when her opponent hits the ball. She tracks its speed and spin, processing innumerable factors as she sets up for a forehand. She coils her body and loads her weight onto her right leg, balanced as her racket loops back, her left hand open and outstretched, as if to say wait for it. Then, her racket head descends and her hips whip toward the net as her forearm pulls the racket forward, its face sweeping open and cleanly striking the ball just in front of her torso, her long body lifting away from the court as the racket completes its orbit, moving at terrific speed. When the ball is good, when it rips along the line and out of her opponent’s reach, it is a shot of astonishing power and grace.1 When it is bad, it is baffling.2

More often than not these days, Ivanovic is baffling. Few top players unravel so spectacularly (in Miami a few months ago, she was up 5-1, 40-0 in the third set before losing to second-ranked Kim Clijsters) or lose in the first round of majors so persistently. Three years ago, she was the no. 1 player in the world. A year ago, she ranked 65th. Today, she’s officially no. 18, but the rank is more or less meaningless. She is among the most talented players on tour, but one of her talents seems to be squandering her chances.

This volatility makes her interesting, at least to me. The unwinnable battle between psychology and skill is one of the most compelling reasons to watch tennis. A tennis court, after all, is the ideal arena for a clear look into the athlete mind. A player can’t ask for help. She is alone inside the cage of those white lines. She can’t even touch her opponent; she can only strike the ball. This compressed space makes for fascinating head cases. Ivanovic is special, even in the suddenly manic world of women’s tennis. Watching her makes me want to pull out my own racket and smash it on her behalf.

When Ana Ivanovic looked like the future of women’s tennis, the future looked good. It helped that Ivanovic is gorgeous, tall, and lithe, the kind of beauty that reduces a writer to clichés (tawny skin, sparkling eyes, high cheekbones) and spawns a thousand websites. Her life story is the stuff of a TV drama. Ivanovic was born in Belgrade, Serbia, in 1987. She began playing tennis at the age of five, learning on courts at the bottom of a drained swimming pool. During the NATO campaign in Belgrade in 1999, she practiced when the bombing paused. She was, suffice to say, a marketer’s dream.

But she also had a game to match her marketability, and early on she dominated. Ivanovic went pro in 2003. In 2004, she jumped 608 spots in the rankings. By 2005 she was in the top 20. In 2007 she reached the final at Roland Garros and the semis at Wimbledon, and the following year she was a finalist at the Australian Open and won the French. At 20 years old, she was the top player in the world. She had a forehand that was compared to Steffi Graf’s3 and a service game that was considered one of the best. Her height, 6-foot-1, allowed her to hit a flatter, more powerful serve than most, though she could also mask a range of spins. Her fastest delivery was clocked at 125 mph — a speed that would please many on the men’s tour.

After she reached no. 1, the injuries began: thumb, ankle, thigh, stomach, left wrist. … More devastatingly, she suffered from the yips — a hitch in her confidence. Her ball toss wandered to her right, and she began to chase it. Her double faults mounted. Critics suggested that she was too focused on her photo shoots, that she lost too much weight, that she talked too much about her problems to the press. She started overthinking her mechanics during matches. She started overthinking her shots. She swung harder, she swung softer, she went down the line when she should have taken the percentage crosscourt shot. Sometimes, though, she’d step onto the court and demolish her opponent — even good ones. Last year she beat Patty Schnyder (6-1, 6-2), Marion Bartoli (6-2, 6-3), and Anastasia Pavlyuchenkova (6-0, 6-1), among others. The commentators would whistle and marvel and call her victory a turning point. But every turn seemed to route her right back into another setback.

Coaching has been an issue. Ivanovic has had five coaches in seven years (depending on how you count). When she describes to the press what she wants in a coach, she sounds like she’s talking about a boyfriend or a psychologist. “First, I have to find a good one,” Ivanovic said. “Then, someone who will commit. And someone willing to travel. And someone with whom to get along, because you do spend a lot of time together. For a coach to be able to help you, they need to get to know you well. They need to see what’s happening — that you are not in the mood to talk, or something like this. It is very hard to find the right person.”

In the meantime, her career continues to careen. Last month, Ivanovic made the semis of a Wimbledon tune-up in Birmingham, but failed to convert 18 break points in a loss to Daniela Hantuchova. In a second pre-Wimbledon tournament, a rusty Venus Williams demolished Ivanovic in just more than an hour.

“Sometimes it just becomes so technical that you forget what you’re doing,” Ivanovic said after parting ways with one coach. “If you start thinking about how you come down the stairs and think about how each muscle is working, you can’t go down the stairs. Anyway, I’m a person who overthinks and overanalyzes everything, so if you give me one thought, it creates a lot more.”

Louisa Thomas is the author of Conscience: Two Soldiers, Two
Pacifists, One Family — A Test of Will and Faith in World War I.