An Open Letter to Manny Pacquiao From a Gay Filipina American 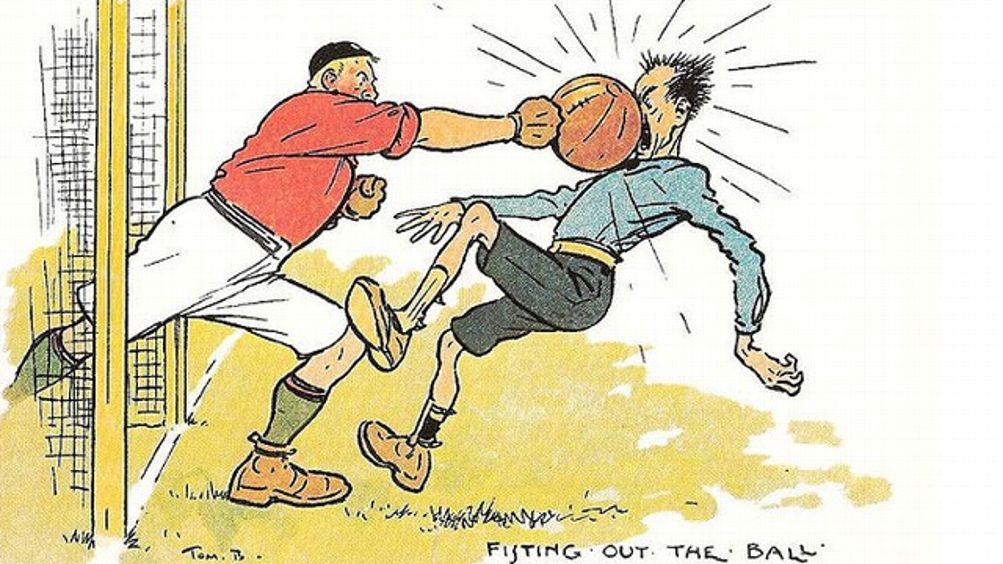 Like everyone else, I blacked out when Manchester City scored two goals in stoppage time to snatch the Premier League title from Manchester United. In my case, I woke up three days later, in a bathtub full of ice. My right kidney was missing, and a piece of paper containing the following text was folded in my hand. I have no idea what to make of this.

TO BE SUNG TO THE TUNE OF “MAJOR-GENERAL’S SONG.”
With apologies to Gilbert, Sullivan, xkcd, and you.

It’s very plain to see that the Premier League is sensational,
Its thrills defy laws natural and also gravitational;
If Fulham’s form has frequently approached the magisterial,
Newcastle’s owner looks like something found in breakfast cereal.
At Sunderland O’Neill has shown persuasive pluck and wherewithal,
At Wigan 15th place is like a potent hit of Roxanol,
And Arsenal’s a paradise, utopian, spellbinding us,
As all their stars who’ve moved away are constantly reminding us.

The billionaire at Chelsea loves the lumpenproletariat,
While Joey Barton’s mounting QPR like Secretariat;
In short, with thrills so thrilling that they’re near-coeducational,
It’s very plain to see that the Premier League is sensational.

Nobody noticed Swansea have the season of the century,
While Stoke somehow avoided getting sent to penitentiary;
It’s true that Villa sank into deflationary tragedy,
But Norwich compensated with a fine canary strategy;
At Tottenham the situation’s getting quite precarious,
Though Harry Redknapp plays a courtroom like a Stradivarius,
And Wanderers and Wolves at least have awe-inspiring alibis,
Unlike some Blackburn managers who’d like to stab Sam Allardyce.

Now, Liverpool won every year and every year would celebrate,
Till history stopped and never budged again, in 1988;
In short, for thrills that legally exceed the recreational,
It’s very plain to see that the Premier League is sensational.

But Manchester’s the city with the claim upon the laureate,
The place they stashed the only draft of “Land of Hope and Glory” at;
United gave the crown away, the feeling is unanimous;
I’d 8-2 meet them on a day when they weren’t so magnanimous.
But if you want a club whose every action deleterious
Is countered by accountancy attacking and imperious,
Whose expeditious spending is a matter of no small chagrin,
At least for teams they greet by playing on a tiny violin,

Then you want City, champions, who’ll banish Tévez, God forbid,
Before they’ll forgo buying him like Everton or West Brom did;
Because for thrills numerical and hyper-aspirational,
It’s very plain to see that the Premier League is sensational.