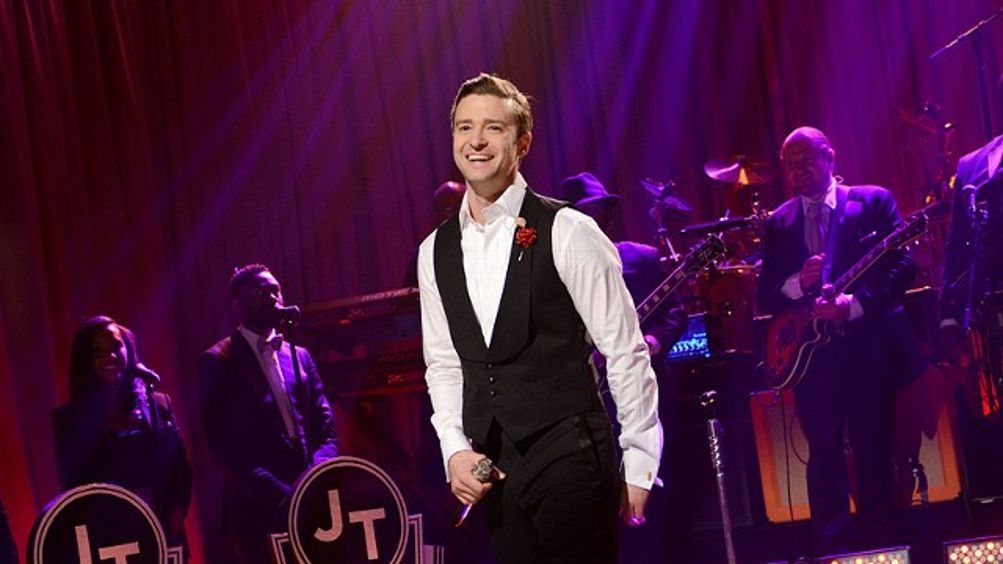 1. In 1970, Rolling Stone published a takedown of the Bob Dylan album Self Portrait written by legendary rock critic Greil Marcus. The review was structured like a list, eviscerating the 24-song, 73-minute double album over the course of two dozen conversational asides. Self Portrait today is regarded as one of the great “weird” Dylan records, but at the time it was perceived as a lackadaisical eff-you move in the aftermath of the reclusive singer-songwriter’s most iconic decade. (Dylan later claimed that Self Portrait was intended to make his fan base lose interest in him.) The most famous part of the piece prefaces the list. It’s Marcus’s provocative four-word thesis statement: “What is this shit?”

2. I don’t bring this up to suggest that Justin Timberlake’s 10-song, 70-minute album The 20/20 Experience is shit. Nor do I mean that this record will one day be regarded as the shit. The 20/20 Experience is planted firmly at the exact midpoint between shit and the shit. So let’s begin with the album’s middling middle. “Strawberry Bubblegum” opens with the sound of a needle hitting a groove on a vinyl record, which is a weird sound effect to employ on the album’s fourth song. (Though I suppose “Strawberry Bubblegum” would probably be the first track on side two of a double LP.) Like most of The 20/20 Experience, “Strawberry Bubblegum” is distended, clocking in at eight minutes. And it doesn’t build toward anything in that time — JT the ’70s soul scholar wraps his studied Marvin Gaye/Curtis Mayfield falsetto undulations around some low-key There’s a Riot Goin’ On funk box percussion and just lets it percolate for four minutes and 58 seconds. Then the song transitions to an even creamier, somewhat jammy interstitial piece for another 180 seconds. Then it’s on to “Tunnel Vision,” in which Timberlake imagines himself as a film director sexually harassing his leading lady. (Not to be confused with the real-life Timberlake, who has three upcoming movies in various stages of production and a movie-star wife waiting for him once he’s finished hawking this record.) After another interstitial music piece, we arrive at “Spaceship Coupe,” another midtempo song whose primary influences include the previous two midtempo tracks and “Cosmic Slop.” The guitar solo is cool but too short. It’s the only aspect of The 20/20 Experience that is too short, really.

4. The longest (and therefore most Zeppelinesque?) song on The 20/20 Experience is the second single, “Mirrors.” When Timberlake performed “Mirrors” on Saturday Night Live this weekend, my first thought was, He now seems like an actor dabbling in music rather than a musician dabbling in acting. It’s like when you watch a biopic about a famous rock star, and the concert scenes are never credible because the music hasn’t actually been recorded live and Lou Diamond Phillips can’t convincingly convey the singular magnetism that made Ritchie Valens a subject worthy of a biopic in the first place. On The 20/20 Experience, Justin Timberlake stars as himself in the movie about the pop star he once was. He looks the part, but there’s something not quite correct about it.

5. In the realm of Justin Timberlake solo albums, The 20/20 Experience is aesthetically similar to 2002’s Justified and formally reminiscent of 2006’s FutureSex/LoveSounds. Like Justified, it is a neo-soul record with traditionalist tendencies. Like FutureSex, it is presented as art first and pop music second; nothing immediately jumps out as an obvious hit, though all of the songs wind up rattling around your brain if you listen long enough. Where The 20/20 Experience diverges from its predecessors is in its urgency, or lack thereof. Timberlake has never sounded so relaxed on record. This is not a compliment.

6. One day after The 20/20 Experience started streaming on iTunes, The Hollywood Reporter posted a roundup of early reviews. They were mostly positive: The album was “weird” but also “accessible.” It was “sexy” but obviously informed by a “mature” understanding of relationships stemming from his recent marriage to Jessica Biel. What was missing from the reactions was any trace of shame. In the early ’00s, rockcrit law required any positive review of Justin Timberlake’s music to include the phrase “guilty pleasure” at least once. The guy was a presumed lightweight; Justified as an album title was defensive long before it was boastful. “Cry Me a River” and “My Love” (not to mention “Rock Your Body,” “Like I Love You,” “SexyBack,” and “What Goes Around”) rank among the best pop singles of the ’00s because they had to be for Timberlake to get any respect.

7. That this narrative has completely flipped, to the point where people barely remember Timberlake’s past, is his finest magic trick. It’s not just that we’re at a place in our culture where Steve Martin can induct Justin Timberlake into SNL‘s Five-Timers Club and it makes sense to see him standing next to people like Tom Hanks and Paul Simon; it’s that Steve Martin can do this while making a Joey Fatone joke and there’s no cognitive dissonance. Timberlake is the biggest star of the boy-band era who is no longer associated with the boy-band era. His transformation is complete. Herein lies the rot at the heart of The 20/20 Experience: Nothing is at stake. 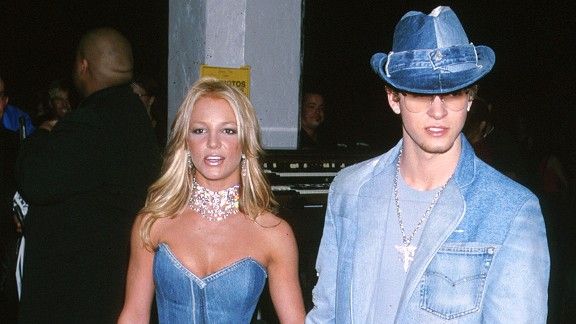 8. On Monday, eight days before The 20/20 Experience‘s official release, Billboard reported that “industry sources” are forecasting first-week sales of at least 500,000 copies, “easily securing Timberlake his second No. 1 album on the Billboard 200 chart.” In terms of imaginary business, The 20/20 Experience is already killing it.

9. Buzzfeed’s Matthew Perpetua wrote an astute piece about how The 20/20 Experience (particularly the album’s first single, “Suit & Tie”) sets out to establish Timberlake as a “luxury brand” among the current pop-star competition. Some reviewers have picked up on this and used it as a primary attack on the record, saying Timberlake is “out of touch” with regular people or that his music isn’t “relatable” for those of us who don’t wear tuxedos to work every day. This is also known as the Watch the Throne critique. It is the wrong reason to not like this record.

10. The 20/20 Experience would not be better if it were grittier or more dissonant or more “real.” The least successful track is “Blue Ocean Floor,” a mawkish Channel Orange–inspired performance-art piece in which JT coos sweetly over backward dolphin warbles for seven minutes. It is the opposite of what a big-time pop record is supposed to sound like. It’s like watching Cary Grant trying to fit in at an indie rock show.

11. I suppose the pan-African chant “Let the Groove Get In” could be counted among the “trying too hard” tracks, but I like it as a loose, feral reimagining of Michael Jackson’s “Wanna Be Startin’ Somethin’.” It’s certainly preferable to “That Girl,” the self-conscious “Southern” tune in which Timberlake revives the “JT and the Tennessee Kids” shtick he’s been using in his pre-release promotional appearances. Old-fashioned musicianship has long been an integral part of Timberlake’s solo-artist persona. How ironic that Justin Timberlake, of all people, has become as much a rockist as Dave Grohl or Jack White.

12. The most right moment on The 20/20 Experience occurs right away. That rush of grandiose strings heralds the arrival of the first and hands-down best song, “Pusher Love Girl,” like a David O. Selznick production. It’s the rare instance when the opulence seems sweeping rather than soporific.

13. In terms of the money, time, and career capital it cost to make, there likely won’t be a more expensive record released in 2013. The scale of The 20/20 Experience isn’t the problem; the scale is what potentially makes it unique and enticing. We so rarely get to hear music that sounds literally like a million bucks. This is also known as the Watch the Throne defense. What’s absent is JT’s all-in engagement and two or three killer singles. The 20/20 Experience has the body of Songs in the Key of Life and the resolve of Hotter Than July.

14. Timberlake truly is a luxury brand. He’s appeared on only one album that has sold fewer than 3 million copies in the U.S. (‘N Sync’s Home for Christmas, though even that album is just under 3 million). What I appreciated about “Suit & Tie” initially was the idea that Timberlake was presenting himself as a professional among pretenders. Timberlake dropped out of the pop game right before the rise of social media and YouTube. He was a product of the old star system, where you start out as a kid in the Disney salt mines and work your way up after years of getting your dance/vocal/cute smile chops down. So many people wished he would come back to music because Timberlake might very well be the last pop star of his make and model.

15. How satisfying that waiting game must have been for Timberlake. He has spent the majority of his life currying the public’s favor. Lately the roles were reversed — it was the public begging him to get back to doing what had threatened to turn him into a punch line in his early 20s. Now he’s sacrificed the upper hand.

16. In his recent ESPN interview with Michael Wilbon, Kobe Bryant makes a passing reference to being 40 years old. I was pretty sure he was joking, but still — Kobe Bryant has been around for a long time. It almost seems like he could be 40. By the way, Justin joined ‘N Sync the year before Kobe joined the Lakers. He’s not a kid anymore. And he sounds like it.

17. Justin Timberlake is not going to park it on Twitter 24/7 like Lady Gaga or Justin Bieber, because he doesn’t have to constantly campaign to hold on to his spot. He’s not part of that generation. Justin Timberlake has tenure. He toured stadiums with ‘N Sync a lifetime ago and he’s touring stadiums with Jay-Z this summer. He can take a long sabbatical and know that his job is still waiting for him when he gets back. Hanging out on Late Night With Jimmy Fallon for a week is the closest he needs to get to stepping out of the cocoon.

18. The only career transformation more amazing than Timberlake’s is that of his buddy Fallon. SNL‘s serial sketch-killer is going to be the new Johnny Carson, and he deserves the job. Ladies and gentlemen, here’s your mainstream entertainment establishment for the next 30 years.

19. Look, I wanted Timberlake to make another record, too. But it was inevitable that The 20/20 Experience would end up like this. It’s an album made outside of contemporary pop music, because Justin Timberlake lives outside of that world now. He’s not going to record with Skrillex or invite A$AP Rocky to rap on a track; he doesn’t exist in the same context as those guys. He doesn’t see himself like that anymore. When Timberlake made FutureSex with Timbaland in ’06, he employed one of the most prodigious hitmakers in the world at that moment. On The 20/20 Experience, Timbaland and Timberlake still sound like the most prodigious hitmakers of the mid-’00s.