The Road to Redemption 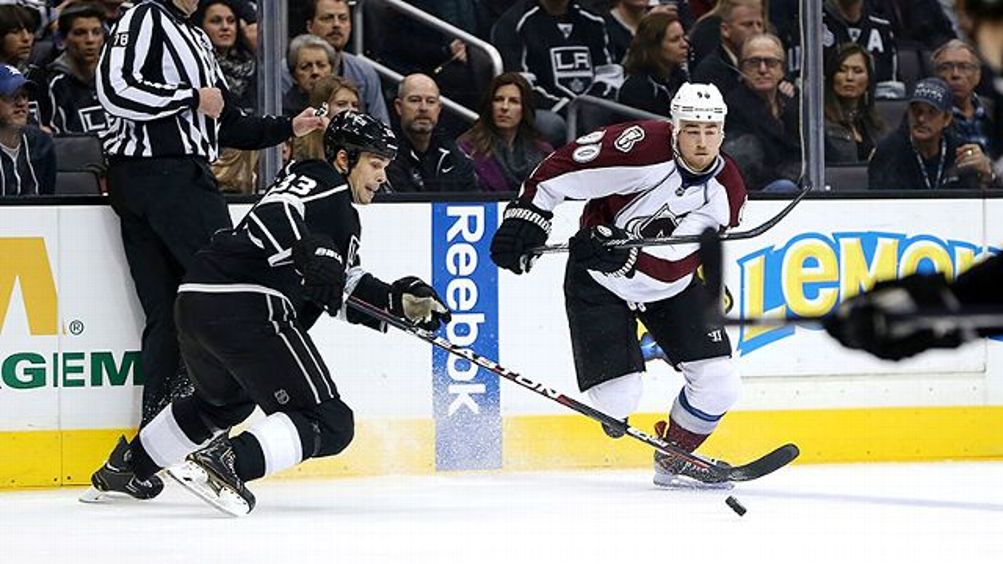 It happens dozens of times in any period of NHL hockey: An attacking player, usually a forward, carries the puck through the neutral zone. As he crosses center ice and bears down on the opposing team’s blue line, defenders start to converge on him.

One of several familiar scenes probably plays out next. Maybe he carries the puck across the line. Maybe he fires it in deep. Or maybe he turns it over and they switch direction to do it all again 50 feet away at the other blue line.

For most fans, those moments aren’t memorable or even especially interesting. They’re just filler — the back-and-forth part of the game that happens in between the important stuff.

But as the hockey world slowly becomes more open to new ways of analyzing and quantifying what happens on the ice, those filler moments have become the focus for a shift in thinking about how teams generate offense. And it turns out that something as common and seemingly innocuous as a puck crossing a blue line may be surprisingly crucial to getting it into the back of the net.

We’ll get to why, and what it means. But first, a bit of background.1

If a team has possession of the puck in the neutral zone and wants to get it across the other team’s blue line and into the offensive zone, it essentially has two choices: control the puck (either by skating with it or passing it across the line to a teammate) or shoot it in deep and chase it.2

Each play comes with its own advantages and disadvantages. Carrying the puck across the line is more difficult — defensive teams will clog the neutral zone, and defensemen will wait near the blue line to try to poke the puck away. It also carries higher risk; failing means attacking players can get caught out of position as the play turns the other way. But if a team can manage to do it successfully, it gains the zone with possession.

Shooting the puck in3 is safer. Other than the occasional fluke play where the puck hits someone on the way in, a shoot-in almost always results in the puck going deep. But then comes the hard part: Now you have to go get it, either by reaching the loose puck first or by taking it away from the defensive player who did. That’s easier said than done, and often a dump-in ends in a change of possession. But if a team does manage to win back the puck, it will have control deep in the zone and may even be able to manufacture a quick chance off the turnover.

Is one option better than the other? We’ll get to that. But first …

Both approaches have been around for years, though the way coaches use them has evolved. The North American game has often favored the dump-and-chase,4 and has attached a kind of workmanlike ethos to it. Keep it simple. Dump it in, skate hard after it, bang and crash, and good things will happen. Don’t go getting fancy.

That became especially true in the ’90s, when variations of the neutral-zone trap5 began to infest the league. When executed well, the trap made it almost impossible to carry the puck through the neutral zone, let alone across the blue line. And in a league that had abandoned enforcing its own rules against obstruction fouls, the trap was usually executed very well indeed.6

The end of the 2004-05 lockout brought several rule changes, one of which was meant to hamper the trap. The league eliminated the two-line pass rule, meaning teams could send the puck from their own zone to the other team’s blue line with one pass. But while that did make the trap tougher to execute, two other rule changes combined to make the dump-and-chase an even more effective strategy.

First, the league added the trapezoid behind the net. That prevented strong puck-handling goalies like Martin Brodeur from acting as a third defenseman, retrieving the puck and firing it right back out before the attacking team could reach it.7

And the league also decided to finally start calling obstruction again, which included an emphasis on defensemen holding up forecheckers. It used to be expected that one defenseman would race back for the puck while his partner ran a little interference on the attacking forwards. Nothing too flagrant, but a little pick here or a straight-arm there was part of the job. The NHL put a stop to that, which meant any defender who went back to gather a dump-in could now expect an opposing forward to be bearing down on him at full speed.

So, despite the game becoming faster and more wide-open after the lockout, dump-and-chase remained the strategy of choice for most teams. Which brings us back to the present day …

A New Way of Thinking

If you follow the work of anyone among the (rapidly growing) legion of advanced-stats proponents, you’ve probably noticed the term “zone entry” getting thrown around an awful lot recently.8

The term means pretty much exactly what you’d think: a team entering the offensive zone, either with or without possession. Number crunchers have taken aim at quantifying the value of a zone entry and whether there’s a significant difference between dump-and-chase and carrying the puck. It turns out that there is, and we’ll get to that in a minute.

Right off the bat, though, we run into a problem. The NHL doesn’t have any official stats that deal with zone entries, which means that if we want to quantify them, someone else will have to track the data manually. Luckily, many fans are now doing just that, and they’ve been organizing efforts to track zone-entry data for various teams by observing each game and recording every zone-entry attempt.9

So we have some data to work with. Not as much as we’d like, maybe, but enough to start drawing some conclusions.

And the Winner Is …

If you’re familiar with advanced stats, you know how much emphasis they place on possession. In the case of dump-in vs. carry, you might suspect that that gives away the answer, and you’d be right. It turns out that crossing the blue line with possession is worth more than a dump-in.

How much more? Quite a bit, according to this paper presented at the 2013 MIT Sloan Sports Analytics Conference.10 After tracking more than 300 games from the 2011-12 season, the authors found that, even when accounting for the higher failure rate of carry attempts, that approach still generated roughly twice as many shots, scoring chances, and goals as dumping in the puck and trying to retrieve it.

Needless to say, that’s a major difference.11 But it does seem to match what common sense would tell us. For one, some clean zone entries will include breakaways or odd-man rushes that are more likely to result in shots and goals.12 Even beyond that, though, the modern NHL game is increasingly about the fight to get and keep possession of the puck. Viewed that way, a strategy of intentionally giving it back to the other team seems counterproductive.

That’s Nice. But Does Any of This Matter?

If the numbers are right, then there are some practical applications here for coaches. You’d obviously want your players to try to gain the offensive zone with the puck, dumping it in only as a last resort. But you’d also want your defensemen to be more aggressive near their own blue line, attacking the puck carrier in an attempt to prevent him from gaining the line with possession and instead forcing a less-productive dump-in.

Of course, it’s not quite that simple. There’s a reason why teams started embracing the dump-and-chase strategy all those years ago, and it still holds true today: Gaining the offensive zone with possession is difficult. You have to avoid turning over the puck on your way in. If you make an extra move, you may put your teammate offside. And at the moment you do gain the zone, you quickly become vulnerable to a defender because you can’t bring the puck back out. Even if you can manage all that while still protecting the puck, there’s a decent chance you’re going to end up taking a hit for your troubles.

So a clean zone entry requires some skill, and skill isn’t a quality that’s distributed equally among NHL players. It may make perfect sense to have less-skilled guys who make up the league’s third  and fourth lines keeping shooting it in, especially when a team is defending a lead.13

We’re never going to see the day when the dump-and-chase play is going to go away, but the research suggests that smart teams will rely on it less.14

Is that actually happening, though? Are any NHL teams changing their strategy based on this kind of thinking?

Yes, as it turns out. One prominent example: the Minnesota Wild, a classic dump-and-chase team last year that made the playoffs with that style of play. But after the Wild realized they were going to need to beat elite divisional rivals like the Blackhawks and Blues to get to the next level, the Minnesota brain trust decided to shift strategies. As outlined in this recent post by Elliotte Friedman, Minnesota has decided to focus on gaining the zone with the puck.

Other teams may be adapting as well. The Kings are an excellent possession team that still relies on dumping in the puck, but recent data suggests that may be changing. And of course, there may also be teams that are shifting strategies that we don’t know about because they’re not yet being manually tracked. Any shift away from dump-ins is certainly not a league-wide phenomenon yet. But it’s a trend that smart fans will want to keep an eye on.

So the next time you settle in to watch your favorite team, don’t forget about those seemingly boring blue-line moments. They may turn out to be more important than you’d ever expected.