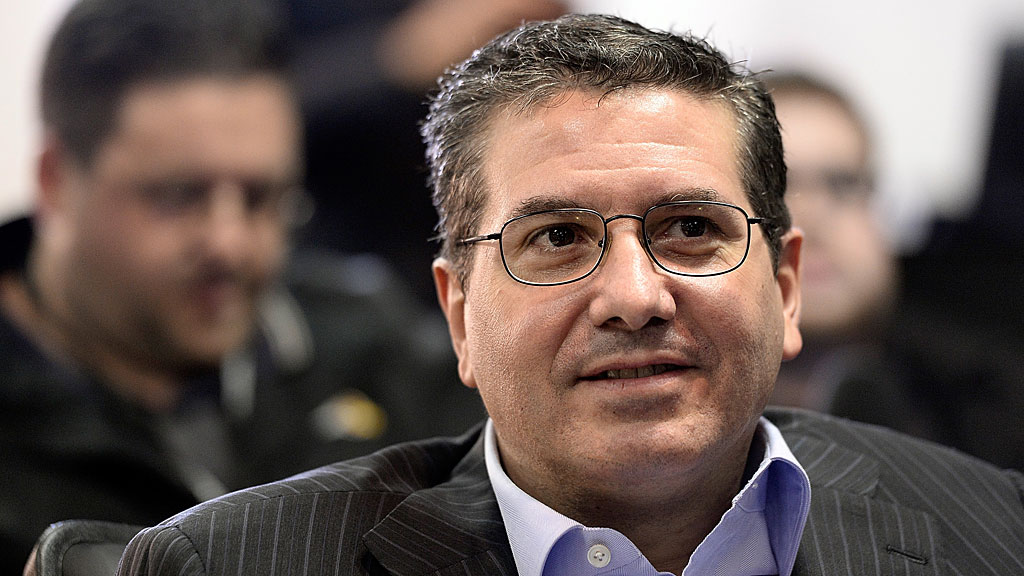 All the trouble really started when they played up here. In 1932, George Preston Marshall, a truly odious fellow, was awarded a National Football League franchise after the Newark Tornadoes folded. He set up shop in Boston in the same stadium that was home to the Braves baseball team, so, naturally, Marshall gave his franchise the same name. A year later, when it moved into Fenway Park, Marshall, operating out of the involuntary reflexes common to all bigots, changed the team’s name to the Redskins and hired a man named Lone Star Dietz to coach.

Dietz remains something of a historical puzzlement, even though Dan Snyder, the equally obnoxious current owner of the Redskins, insists on calling him an “Indian athlete.” There exists compelling historical evidence that this is all hooey. Lone Star was actually a white man born in Rice Lake, Wisconsin. He first attached himself to Native American culture as part of an exhibit at the monumentally weird 1904 World’s Fair in St. Louis. Even though the fair was memorialized in the Judy Garland movie, it may have been one of the strangest episodes in the history of American popular culture. Among its other attractions, it included various Polynesian, Inuit, and Congolese people as living exhibits to be gawked at.

That, apparently, is where Lone Star became a Native American.

(The only thing stranger than the fair was the 1904 Olympic Games that were rigged to coincide with it. For one thing, they took four and a half months to complete. The marathon alone featured Félix Carvajal, a Cuban national who showed up at the starting line in long trousers and street shoes. He cut off his pants and finished fourth, even though he stopped at an orchard along the way. The first runner into the stadium was Fred Lorz, who’d dropped out at the nine-mile mark, jumped in a car, and ridden 11 miles until the car broke down in the summer heat. The actual winner, Thomas Hicks, was a Brit who was running for the U.S. and had to be carried across the finish line because his trainers had been dosing him with strychnine and brandy throughout the race. This is not even to mention that an entirely different set of events was set up so the Polynesian, Inuit, and Congolese people could compete against each other.)

Lone Star got canned in 1934. Two years later, after losing the league championship to the Green Bay Packers, Marshall packed up his phobias, his team, and its ghastly mascot, and hauled the whole lot down to Washington, where, as is so often the case, things got worse. And the curse of Lone Star Dietz dogs his franchise to this very day. 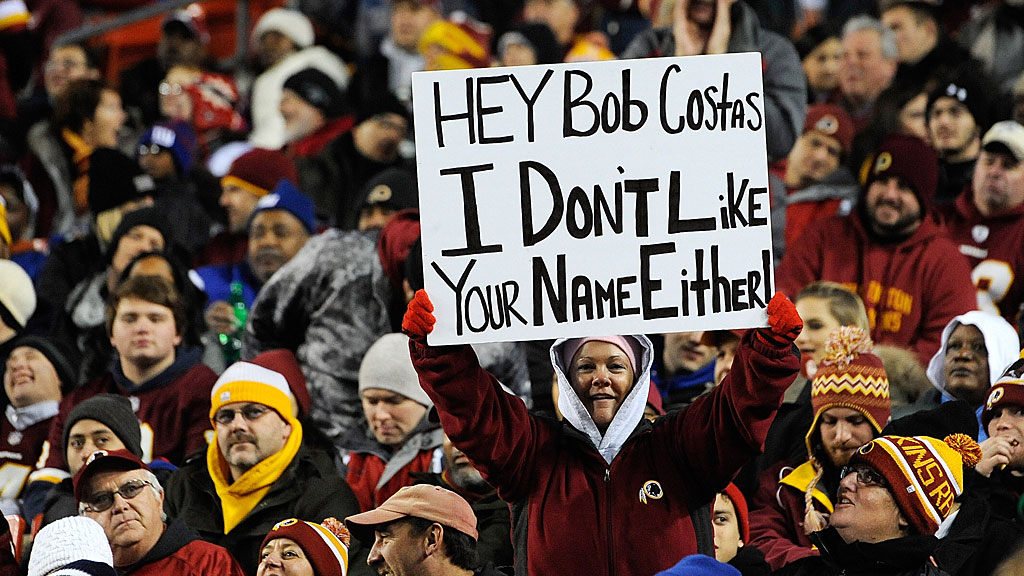 In October, Dan Snyder wrote a letter to his season-ticket holders explaining (again) why he declines to change the team’s nickname to something a little less racially vicious. In that letter, Snyder cited Lone Star Dietz without naming him, which seemed a little unfair. In the months that followed, the Washington Redskins have continued to be one of the sports world’s noisiest carnivals, and the National Football League is notoriously averse to unsanctioned carnivals in its ranks.

Most recently, of course, Snyder once again attempted to put out the conflagration licking at his ankles by ladling out a little of what we ex–altar boys like to call “conscience money.” This concept was derived from the ironclad syllogism that the more elaborate the stained glass window, the bigger the sinner who donated it. This never fails. Anyway, Snyder announced that, while he still was going to hang on to the racial slur that is his team’s nickname, he would establish something called the Washington Redskins Original Americans Foundation, which, Snyder said, would “tackle the troubling realities facing so many tribes across our country.” This fooled approximately nobody. The name of the foundation is self-refuting, and that’s about the best thing you can say about it.

There is absolutely no point anymore to hanging on to this nickname. It survives only because Dan Snyder has enough fuck-you money to say it to practically everybody this side of Warren Buffett. A slur remains a slur, no matter how much you loved your grandfather, who took you to see ol’ Sonny Jurgensen slinging the ball around. It is 2014 and we don’t call people “Redskins” anymore. The NFL would like the whole controversy to go away. This is a simple fix made complicated by one man’s wallet and the empowered insensitivity of much of his fan base. At this point, it’s the modern equivalent of racing the Eskimos and the Pygmies against each other, a freak show from a bygone era. 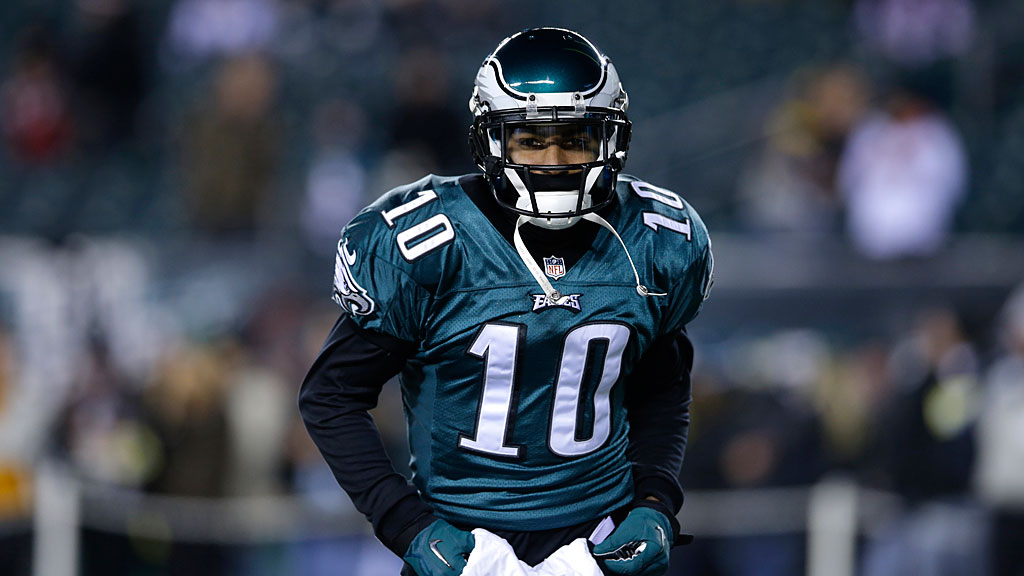 Then, of course, the Redskins gave even some of their most loyal fans a bit of a shake by leaping at the chance to sign DeSean Jackson, whose employment with the Philadelphia Eagles was terminated last month in a welter of ill-feeling, innuendo, and a walk through the shadowlands of perception and reality that still exist on any issue that touches on race in this country. Which, of course, is the same place the fight over the Redskins’ nickname has been conducted all these years.

When the Eagles cut Jackson, a story popped that, in addition to the Eagles’ having been fed up with his work habits, the team was concerned about Jackson’s alleged connections to gang members back in California. Jackson vehemently denied these latter allegations and, indeed, the amorphous nature of them — What does “concerned” mean, exactly? What are “connections,” really? — left the Eagles open to charges that there were different behavioral rules for white and African American players. This seemed especially notable when one considered that the team took receiver Riley Cooper back after a video went viral of Cooper N-bombing away at a Kenny Chesney concert, which, now that I think of it, is just about the whitest way to get in trouble there is.

Ever since the story broke, Jackson and the “controversy” around him have brought out the worst in the maiden-aunt-with-the-vapors school of sports journalism. Anonymous sources around the Eagles erupted in perfect harmony, emphasizing that Jackson had been cut because his teammates grew tired of him in the locker room, and not because of whom he was hanging out with at home. This all rang clearly as something of a dodge, albeit a fairly common one among NFL teams that suddenly cut a star player for no apparent reason. Still, the “concern” over his gang “connections” clung so closely to Jackson that he felt obligated to speak out in several venues, denying that there was any real substance to the rumors.

While Washington should get some credit for making the enormously pragmatic decision to have DeSean Jackson running the deep post for Robert Griffin III, the whole episode operated as a kind of strange counterpoint to the ongoing efforts of Dan Snyder to hang on to the team’s nickname. Somehow, it’s fitting that this all takes place in Washington, the capital of a nation still struggling with its two original sins: slavery, and the deliberate slaughter and oppression of its Native populations. These are political concerns because all such concerns are essentially political, and that edge is sharpened because of how many of the people tasked with making policy in this country flock to the luxury boxes every couple of Sundays. That is why the atmosphere around the Washington Redskins remains so very charged. There are important people who can — and should — pay a real professional price for supporting a team with an outright racial slur as its nickname. That is the context within which the Redskins signed DeSean Jackson, with all of his alleged “baggage,” which somehow never accrues to big white linemen from the Ozarks whose high school teammates are cooking up meth in the hills these days. And, out on the fringes of things, Lone Star Dietz walks alone and ghostly, a man without two countries.