Should we keep on booing?

Take the Bada Bing strip club from “The Sopranos,” stick it in Atlanta, supply a surreal assortment of celebrities, lawyers, athletes, mafiosos and strippers, inject the tension of Michael Corleone’s racketeering trial in “Godfather II,” then toss in a bunch of goofy sexual anecdotes. 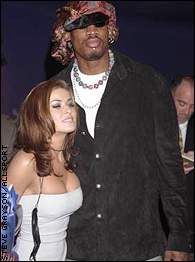 What would you have? You guessed it! It’s the Gold Club Trial, which captivated sports fans all summer in an “I feel dirty, but I can’t stop reading about it” sort of way.

Since the trial abruptly ended last week and since media coverage was spotty at best, I thought it was my civic duty to sift through the online archive of stories on the special “Gold Club Page” at the Atlanta Journal Constitution’s website (www.accessatlanta.com/ajc/metro/goldclub/index.html), explain why there was a trial in the first place, pick out all the salacious details, explain the plea bargain and throw in an occasional cheap shot along the way.

In a nutshell, what happened? Who are the “bad guys” here? Why did they have a trial?
Back in November 1999, Gold Club owner Steve Kaplan was indicted on a full array of federal racketeering charges, including credit-card fraud, prostitution, money laundering, police corruption and even inappropriate ties to the powerful Gambino crime family. 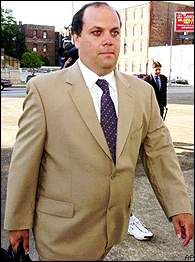 When the trial kicked off last May, the prosecution argued that Kaplan took control of the club in ’94 and basically turned it into the Bada Bing — encouraging lesbian sex acts, offering free sex to special customers, condoning drug use, bribing local policemen (with money and sexual favors) and buying himself protection from the Gambino crime family — while skimming millions from unreported tips and unreported revenue.

(And just for the record, is there a better possible Mafia name than the “Gambinos”? You couldn’t make that one up.)

What was Team Kaplan’s defense?
Other than the “this is crazy, we didn’t do it” defense, some of the attorneys unveiled excuses of the “dog ate my homework” variety. For instance: