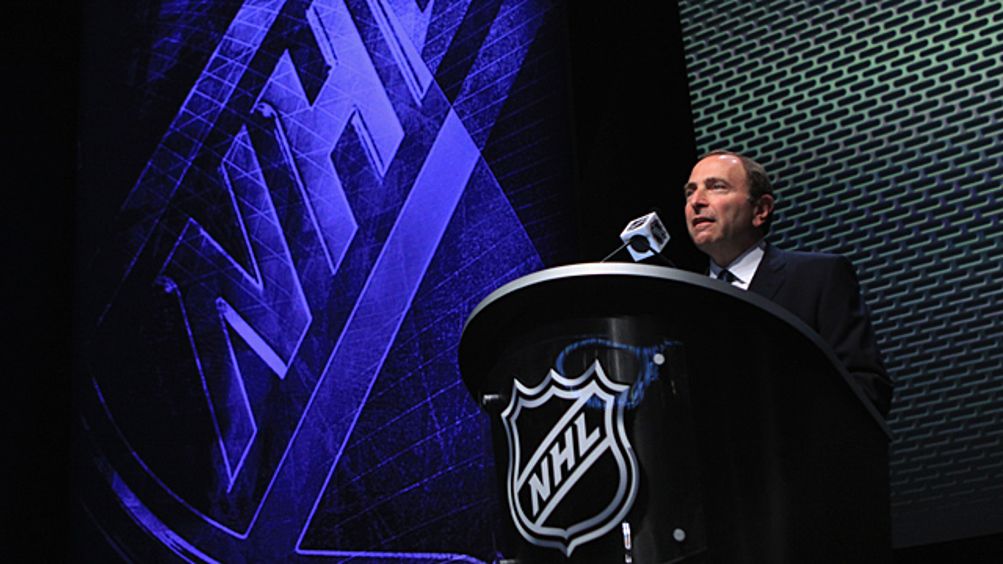 There was no stranger period of my sportswriting life than the baseball seasons — or, more specifically, the baseball offseasons — of 1985 to 1987. During that time, Major League Baseball conducted an experiment in laughably obvious mendacity. Management determined that the teams would collude to depress the prices in the free-agent market in direct violation of a collective bargaining agreement they had freely negotiated, and just as freely signed.

This, of course, required everyone in management to lie generally about what was going on, and to lie specifically about certain players. I heard general managers of baseball teams argue with a straight face that they had no room for Tim Raines or Jack Morris on their rosters. I heard A. Bartlett Giamatti, then the president of the National League, upbraid the press for not referring to the collusion as the “alleged” collusion, as though that weren’t roughly the same thing as standing on a plain in Nepal and referring to the “alleged” Mount Everest. The whole thing came to a crashing end in 1990, when an arbitrator socked baseball’s owners for $280 million. But the ill feeling and the bad faith continued.

Make no mistake, every commissioner who designed this strategy, every owner who colluded, and every GM who lied about it through that period should be as exiled as Pete Rose is from the game. In a very real sense, the owners and GMs “threw” their baseball jobs as surely as the 1919 Chicago White Sox threw theirs, and for the same reason — money. (In fact, the GMs probably threw their jobs worse than Buck Weaver did.) They kept faith with their fellow owners rather than with their fans. But those days teach me a few valuable lessons. The first is that, in discussing the financial situation of their respective leagues, the management side in professional sports can generally be assumed to be lying, at all times, and on all issues. The second is that, with very rare exceptions — and I think, for all his faults, Mark Cuban might be one of these — the management side of professional sports does not see the labor side as cooperative partners in a mutual enterprise. (This, of course, has resulted in the labor side’s adopting much the same mentality, but it was management that historically inculcated this dynamic into the relationship.) And last, that labor disputes in professional sports are rarely about money, and almost always about power. The collusion was less about actual economics, and far more about management’s attempt to win back de facto the power that they had lost de jure, in the courts and in front of various arbitrators, over the previous 20 years. Always and forever, baseball management will mourn the death of the reserve clause.

T his came to mind again recently, because a couple of our major leagues are behaving like idiots. First, the National Hockey League comes before its players with an initial proposal so hilariously weighted on the management side that it might as well have included a cover sheet that read: “If you want to move right to the lockout, check here.” Right now, the NHL never has been in better shape. It’s not the most popular sport in America, but it has a TV contract with NBC that is, frankly, far better than its national ratings deserve. Its teams in major U.S. media markets are thriving; the last three Stanley Cups have been won, in succession, by Chicago, Boston, and Los Angeles, and the New York Rangers and Philadelphia Flyers are both solid contenders. Management won the last confrontation by a knockout. Everybody involved in the NHL should be holding hands and dancing down Rue Ste.-Catherine together.

So, naturally, management came to the table with an opening offer best summed up as, “More us too, yes?” They want to claw back 11 percent of hockey-related revenues, reducing labor’s share to 46 percent. They want to make it harder for players to reach free agency and they want to eliminate salary arbitration entirely. I suspect that, at one point while formulating the offer, someone proposed to have the players pay to launder their own gear on a rock in the Niagara River, but that the “moderates” among the owners managed to shoot that proposal down. This is an opening offer, to be sure, but it’s a signifying one. That same day, the National Football League announced that it was planning to employ scab referees, since negotiations with the union representing the real referees had broken down. I am looking forward to seeing some schlub fresh up from Division III trying to call interference from 10 yards behind the play. In neither of these cases, though, do either of these proposals have anything to do with how much money the leagues in question are making, or how much they are pretending to lose. Both of them are about power. Both of them are about control. ‘Twas always thus.

The only exception to this rule was the nearly catastrophic events surrounding the NBA at the end of the 1970s. The two sides managed to reach an arrangement to save the whole enterprise, but not until management consented to surrender some of its control — namely, to show labor the real books and to deal with them honestly, thereby demonstrating both good faith and the true depth of the league’s fiscal abyss. Compare that to the preposterous propaganda attending last season’s lockout, in which the NBA claimed that 22 of its teams were “losing money” and, therefore, the players needed to give back more than they had in the past. The first thing that happened was that actual financial reporters checked out this foolishness and didn’t stop laughing until Valentine’s Day. The lockout was about control, just as the silly dress code was about control, the quibbling over rap music was about control, the widespread panic over tweeting is about control. This is an intramural struggle for power in which the fans are as remote a factor to the conflict in question as Pakistan was to the Battle of Gettysburg.

Certainly, the NHL’s initial bid and the NFL’s threat to put scab officials on the field are opening gambits, but the mentality behind them is as clear and as plain as it ever was. And why shouldn’t it be? The people who own professional sports team come from the same upper corporate class that has spent 30 years destroying the idea of the American economy being a mixed system and a cooperative venture rather than purely an engine of private profit. In all their other successful ventures, keeping down the workforce has been a primary goal. The creation of a passive workforce has been so thoroughgoing that it is now a discipline taught in America’s finest business schools. Indeed, there is more than a little evidence that the elite from which we get our owners is rigidly and steadily fashioning for itself a country of independent owners and subordinate workers. Last week, for example, Rebecca Kemble of The Progressive reported on a meeting of a special committee of the Wisconsin State Legislature at which one state official said that, as far as he was concerned, the purpose of public education was to develop a “workforce.”

“In workforce development we say,” this fellow said, “you begin at birth and end at the grave.”

This is the prevailing zeitgeist in the world in which all of the owners of our professional sports teams make their real livings. Why should they be expected to act differently toward the people who work in their enterprises than they have for their hobbies? Of course, the workers in the industry of sports have a number of advantages over the anonymous workers in America’s other corporations, many of whom are hanging on by their fingernails. First, they are independently rich and independently famous. Their complaints command a spotlight. Second, they have strong and functioning unions; one can only guess what happened among the presiding blazers of the NHL when Donald Fehr took over as the head of the NHL players’ union. And third, the enterprises in question literally cannot function without them. The Sacramento Kings can’t save money by outsourcing the roster to Vietnam. Put these together, and you get the not uncommon complaint that the labor side in sports is “going too far,” usually from people whose industries have crushed their unions and/or packed their jobs overseas. In reality, sports is one of the few arenas in which the battle for power and control between management and labor approximates what it used to be, back in the days when the country had both billionaires and a functioning middle class. And that sticks in several affluent craws.

So we get stories like the ones last week, in which the NHL owners demand a few additional pounds of flesh and the management of the NFL announces, seriously, that it might be willing to throw its quality of play to the seals. These are only opening bids, but what drives them all is something permanent and, as near as I’ve been able to tell, immutable. It’s about control and, therefore, about power, and if once the Red Sox had given a damn about anything else, they could have had Jack Morris starting in the 1988 playoffs.