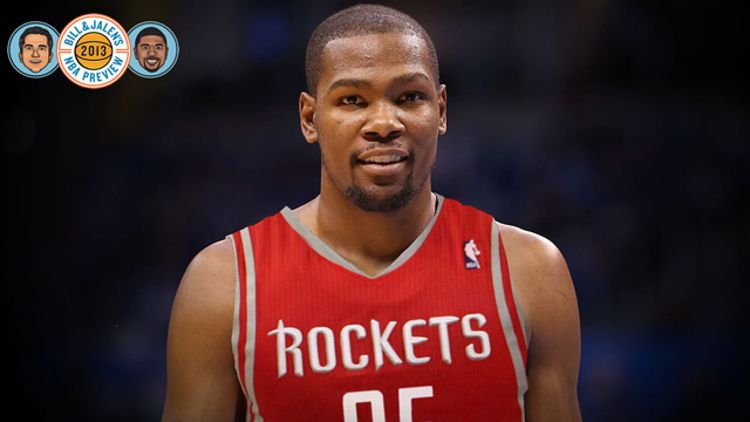 During Bill and Jalen’s preview of the Houston Rockets’ season, Jalen predicts that Kevin Durant will join James Harden and Dwight Howard on the Rockets at the end of his run in Oklahoma City. Not done there, Jalen also predicts that Russell Westbrook and Kevin Love will team up on the Los Angeles Lakers. And you thought only Clairvoyant Bill could see the future …