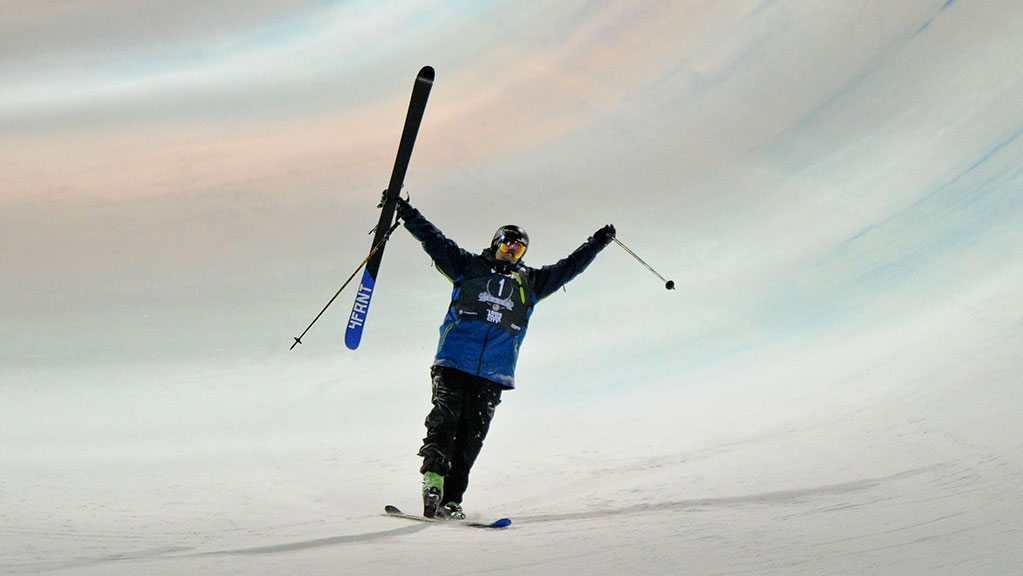 David Wise won the first ski halfpipe competed at the Olympics on Tuesday after scoring a 92 on his first run. Wise has won the event at three straight Winter X Games.

With the 2014 Winter Olympic Games under way, here are some Sochi-related things we found on the Internet (R-rated edition):

The Onion did a fun and possibly NSFW video about what the Olympic Village is like. In the name of good taste, we won’t embed it here, but the title pretty much says it all.

In other related news, Russian women looking for mates apparently are turning increasingly toward foreigners. When asked about her favorite memory, one Olympics volunteer offered up: “The men I met. I know what I want now. I want to marry a foreign man.”

And to finish off with a more family-friendly entry, here’s a cool video of the making and delivery of the Olympic medals:

Elsewhere, be sure to check out Grantland’s coverage of the Olympics from the past couple of days: Sean McIndoe and Sarah Larimer on American and Canadian men’s hockey, Charles P. Pierce on speedskating, and Louisa Thomas on cross-country skiing. And don’t forget to follow our very own on-the-ground writer there, Katie Baker. This is her latest dispatch from Sochi.

The NBA is back, featuring nine must-watch games, including the Cavs-76ers, Bobcats-Pistons, and Magic-Bucks. Just kidding, you probably shouldn’t watch those unless (1) you’re a fan, or (2) you like watching futility basketball. For the more sane of us, catch Heat-Mavs at 8:30 p.m. followed by Suns-Nuggets at 9 p.m., then Spurs-Clippers at 10:30. p.m. Thank you, NBA schedulers for giving us an awesome return from All-Star break. Find the full listing for tonight here.

Tonight’s college basketball games will leave you fairly entertained as well. There are nine games featuring top-25 teams, and you’ll want to catch a few conference games before March Madness descends upon us. Recommended: no. 19 Texas vs. no. 17 Iowa State at 7 p.m. Alternatively, you could watch no. 18 Kentucky vs. Ole Miss at the same time. If you’re more of an ACC, Big East, or Big Ten person, never fear, you’re good for tonight, too. Here’s the full schedule.