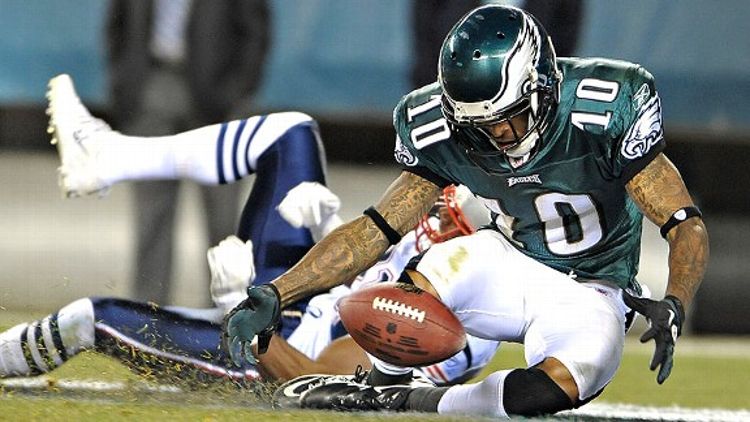 I’m grabbing the Eagles for a simple reason: They might not be finished torturing their already traumatized fans yet. Just follow me for a couple of semi-coherent sentences. Assuming the injury-depleted Giants lose to Green Bay this weekend, they’d be 6-6 with two Dallas games left, Washington at home and the Jets on the road. Feels like 8-8 to me. The 7-4 Cowboys play in Arizona this weekend (a house of horrors for them), against the Giants twice, at Tampa and home for Philly — that could morph into 9-7 faster than you could say “Decemberchokejob.” Meanwhile, it’s not inconceivable that the Eagles could run their remaining slate (at Seattle, at Miami, home for the Jets, at Dallas, home for the Redskins), finish 9-7 and have the ultimate trump card in any tiebreaker (because they would have beaten Dallas twice).

Again, I’m not saying it’s GOING to happen, just that it could — it’s conceivable — and that every Eagles fan you know is lying if they claim they haven’t at least mulled this 9-7 scenario over for at least two minutes while simultaneously talking themselves into the whole “Dallas sucks/Vick is coming back soon/we’ve had a tough schedule/we’re too talented to be this bad” thing. If that’s not enough, they’re getting what looks to be an easy road game tonight against the banged-up Seahawks and a Seattle crowd that abdicated its “Best NFL Crowd Alive” title by leaving its stadium half-empty during a last-minute game-winning drive (that failed) against Washington. Granted, you would have left, too, if your hopes were pinned to an injured Tarvaris Jackson leading a two-minute drive; after all, he’s shaky when he’s healthy, so when you throw in an injured pectoral muscle, the basement is the limit. Still … what Best NFL Crowd Alive leaves a winnable game early? Congratulations, Baltimore fans, you have the championship belt. Please take better care of it than Seattle did.

And yes, I expect to see more empty seats at some point during the second half tonight. As for the Eagles … don’t say I didn’t warn you after the Eagles win and the Cowboys are falling apart in Arizona on Sunday. The only thing that hasn’t happened to the long-suffering Eagles fans in 2011 was the textbook, “Just when I thought I was out, they pulllllllllllllllllllllllllllllll me back in” moment. It’s coming. For that reason more than anything else, I submit the following pick.