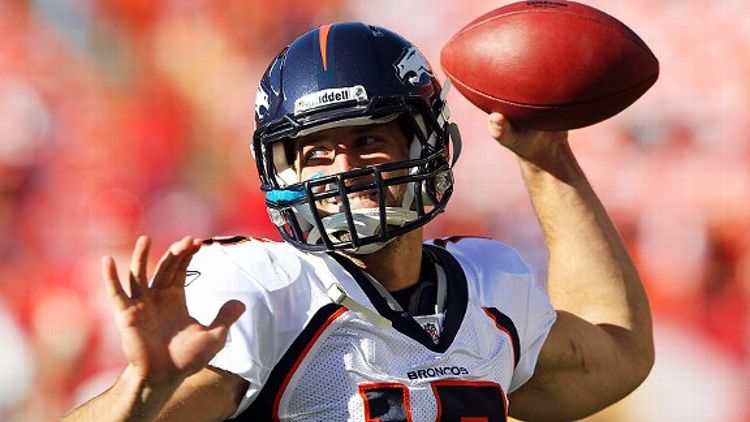 Just looking at it logically …

Once the Jets throw Eric Decker on Revis Island, there’s no real way Denver will be able to move the ball, right? It’s certainly not happening with a gimpy Willis McGahee (a game-time decision, by the way), some third-stringer named Lance Ball, Matt Willis, Eddie Royal and a QB who threw the ball only eight times last week playing against a sure-to-be-pissed-off Jets defense. The Broncos are also not getting any special teams gifts, because that’s actually a strength for the Jets. So if you’re grabbing that 6 1/2 points, you could only be making that mistake because you talked yourself into things like, “There’s no way the Jets can prepare for that goofy Broncos offense in three days” and “The Jets will definitely be tired after playing in New England on Sunday night” … because you believe in the power of Tim Tebow … because you’re excited that Decker’s girlfriend, Jessie James, is playing at halftime … because you don’t trust Mark Sanchez in Mile High against an underrated pass rush … because you wanted to root for the Broncos … and because you don’t think the Jets are that good in the first place.

Here’s my fear: Just two weeks ago, we watched New York’s defense totally chew up Buffalo’s fairly predictable offense. Wouldn’t the same thing happen against Denver? What happens if Denver falls behind? How will it make up the points? How will it score in this game, period? And shouldn’t it matter that a pretty good Jets team is coming off an embarrassing loss and can’t possibly afford to fall to 5-5 right now? May God and Tebow both forgive me …