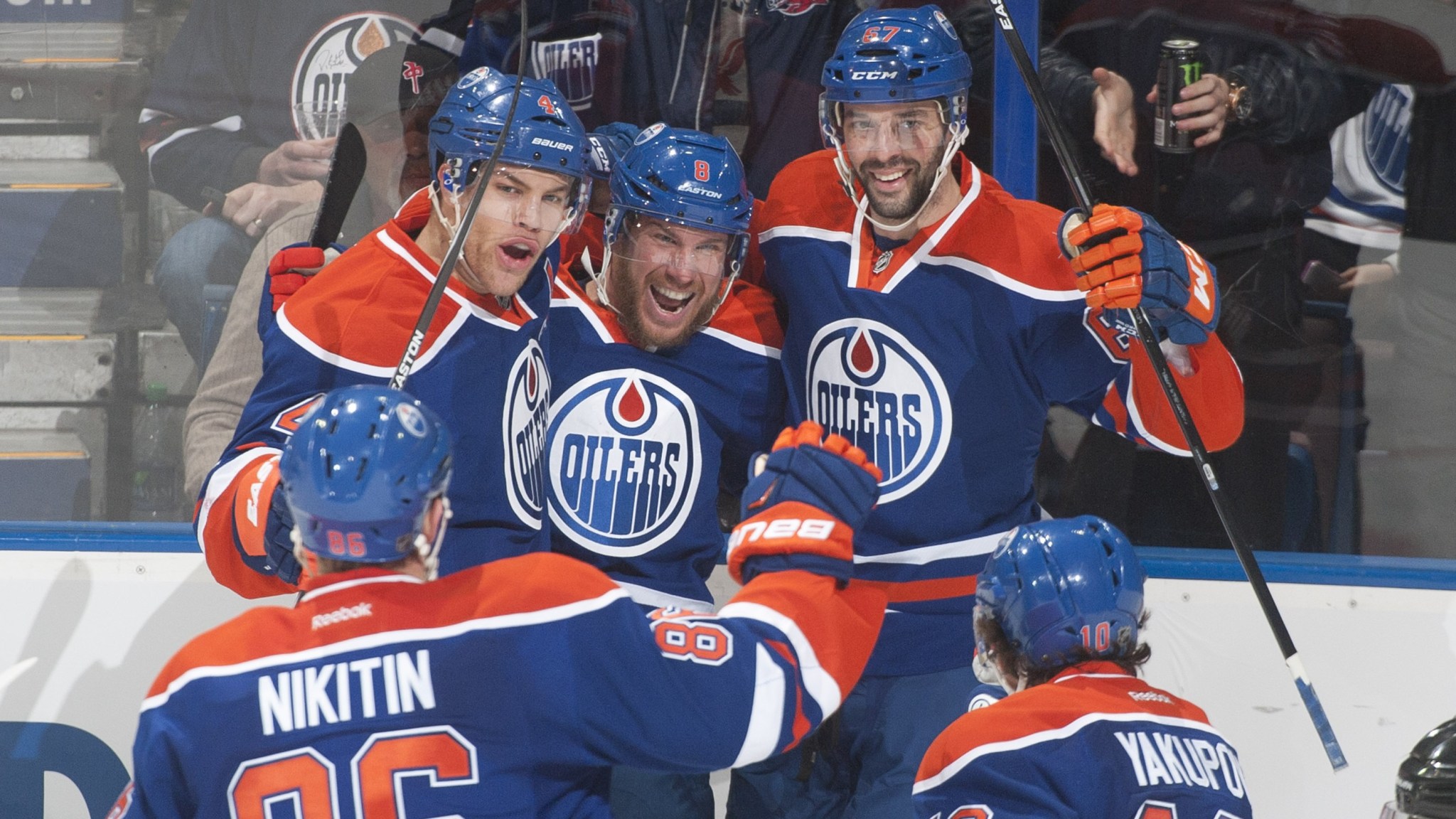 Editor’s note: Grantland hockey writer Sean McIndoe called in sick, so his scheduled post recapping the 2014-15 NHL season has instead been written by a guest contributor: the guy who does the “Goofs” pages on IMDb.

Errors in geography: At a press conference, league officials announce they’re thrilled with the progress of the ongoing season-ticket drive and are confident it will result in an expansion team being placed in a viable long-term hockey market. However, when the camera pulls back, they are standing in Las Vegas.

Audio/visual unsynchronized: Throughout the season, every time Sabres GM Tim Murray can be heard to say “Oh no, we lost again, now we’re in last place, how terrible!” he is smiling and pumping his fist.

Continuity: In one scene, we meet a man who has just started a new job at the NHL head office after having been unemployed for several years. In the next scene, that same man is an active player who has just been traded to the Arizona Coyotes.

Anachronism: At one point early on, every other character is walking around with the mumps like it’s the freaking 1700s.

Revealing mistakes: In the scene in which Gary Bettman says that only the media is interested in knowing the details of player contracts and that fans just don’t care about that kind of stuff, you can see the strings that the league’s GMs pull on to make him talk.

Character error: For reasons that are never fully explained, the role of 19-year-old Panthers rookie Aaron Ekblad is played by a 45-year-old man.

Continuity: When Bob Murray is explaining that Ryan Kesler’s new $42 million contract makes sense because he is one of the most effective centers in the league, Murray should be much more woozy from the time travel that has apparently just brought him back from 2010.

Errors in geography: When New Jersey Devils legend Martin Brodeur receives a standing ovation during the final home game of his storied career, he is standing in St. Louis.

Continuity: In the scene in which highly paid consultants unveil the various statistics they’ve invented for the league’s heavily hyped new website, all the stats are ones that somebody else already created eight years ago.

Factual error: In one scene, a player who has suffered a suspected concussion attempts to go to the league-mandated quiet room only to find his path blocked by Santa Claus riding a unicorn to meet the Loch Ness monster in Atlantis. This is clearly not realistic; no player has ever gone to the quiet room.

Plot holes: While the whole “Minnesota Wild save their season by trading for a superstar goaltender who dominates the league” story line is exciting and well-executed, it’s never actually explained what the team did with the real Devan Dubnyk.

Continuity: During the Stanley Cup final, Jonathan Toews and Patrick Kane are referred to as “battle-tested veterans,” but that can’t be right, because they only came into the league a few years ago, and if they’re already in their late twenties, that means I’m … oh god. Oh god no.

Incorrectly regarded as a goof: Many viewers claim that a shot by Sam Bennett during the second round of the playoffs was incorrectly ruled no-goal despite clearly crossing the goal line. However, these fans forgot about the addendum to the legal goal section of the rulebook that reads “Unless it’s an important playoff game and it’s the Flames, because screw those guys.”

Factual error: No self-respecting tough guy would ever use his stick in a hockey fight, so the whole sword-fight sequence was ridiculous and ruined the entire thing. This didn’t happen in the NHL season and is actually the final scene from Youngblood, but it always just really bothered me.

Spoilers (The item below may give away important plot points from the 2015-16 season.)

Continuity: Several spectators in Oilers gear are seen weeping openly after Connor McDavid suffers a career-ending knee injury on the first shift of his career, despite the entire fan base having lost the ability to feel anything approaching human emotions years ago.