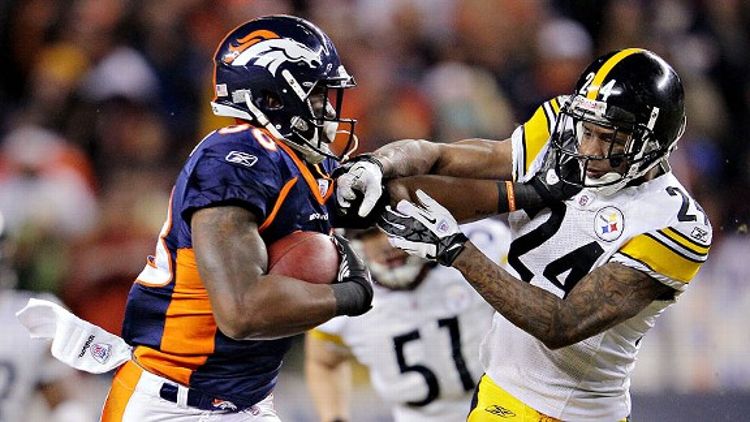 While Monday’s column focused on Tim Tebow and the weekend’s confusing coaching decisions, there’s a lot more to talk about. Players in each game came up big and small under the harsh glare of the bright postseason lights. Let’s get past Tebowmania and fourth-down-a-go-go and get to it. Yes. You waited patiently, and now it’s time for the Fabulous and the Flops!

Fabulous: Antonio Smith. While fellow defensive lineman J.J. Watt got most of the attention by virtue of his pick-six just before halftime, Smith routinely made his way into the backfield and created havoc for Andy Dalton & Co. He finished the day with just five tackles and a sack, but three of those tackles were made behind the line of scrimmage for a loss, and a fourth saw him chase fullback Brian Leonard down from six yards past the LOS for a third-down stop.

Flop: The Cincinnati running game. The Bengals got some effective carries from Leonard in less-than-obvious running situations, but the one-two punch of Cedric Benson and Bernard Scott simply couldn’t make any hay between the tackles. Benson and Scott combined for a total of 25 yards on 13 carries, producing a miserable rushing average of 1.9 yards. Houston’s front seven dominated a disappointing Bengals offensive line, but Benson and Scott also struggled to make anybody miss. In the first game between the two teams, remember, Benson carried the ball 21 times for 91 yards.

Fabulous: Pierre Thomas. Quite honestly, Thomas’ statistics are enough to declare his day impressive. He ran the ball eight times and picked up 66 rushing yards, producing two first downs and a touchdown. As a receiver, he might have been even better, as Thomas caught all six of the passes thrown to him while accruing 55 receiving yards and three more first downs. That’s 121 yards from scrimmage to go with five first downs and a score on 14 touches. Of course, there was more to Thomas’ game than the numbers; if you saw the game on Saturday night, you witnessed Thomas breaking one or more tackles on virtually every play, constantly getting the maximum from each attempt. Broken-tackle numbers are in the eye of the beholder, but Thomas could have easily hit at least one dozen on most people’s score sheets on Saturday.

Flop: The Saints pass rush. Want to know why Detroit was in the game until the fourth quarter? Because the vaunted blitz packages of defensive coordinator Gregg Williams failed to even bother Matthew Stafford. Stafford dropped back 43 times on Saturday night and wasn’t sacked even once. The Saints knocked him down on five plays after the ball was gone, but the rush didn’t materially affect Stafford’s decision-making. That ended up not being a problem when Drew Brees’ offense went off for 45, but what if the offense struggles against the 49ers this week? Will the pass rush be able to force Alex Smith into mistakes?

Fabulous: Eli Manning. If it’s possible to have home playoff demons after two games, Eli Manning exorcised them on Sunday. While he got to play against a defense that lacked top cornerback Brent Grimes, Manning spent the final three quarters seemingly constantly moving the ball against the Falcons. After the first three drives placed him in third-and-long repeatedly, Manning took over and converted eight of the 11 third downs he faced the rest of the way. He finished 23-of-32 for 277 yards with three touchdowns and no picks.

Flop: Michael Turner, who appears to be motivated by the idea of proving that strength of schedule is relevant in an NFL context. After having an enormous game against the Buccaneers in Week 17, there was talk that the Falcons finally had their running game going at a high level again. No, they didn’t. They just got to play a hapless football team. When Atlanta faced a real defense in the wild-card round, he was held to 41 yards on 15 carries and didn’t receive the ball on either of Atlanta’s big fourth-down conversion attempts. His career in the ATL may very well be over.

Fabulous: Demaryius Thomas. We hailed Tebow yesterday, so let’s get to his star wide receiver today. Despite the fact that fellow starting wideout Eric Decker went down with a knee injury during the game, Thomas basically came out on the national stage as … well, as we put it yesterday, Baby Megatron. He caught four of the seven targets thrown to him, producing 204 yards and the game-winning touchdown after a stiff-arm of cornerback Ike Taylor. Only six other players since the merger in 1970 have had bigger days than Thomas: Calvin Johnson, Steve Smith, Reggie Wayne, Eric Moulds, Jerry Rice, and Anthony Carter. That’s good company.

Flop: Willis McGahee, who struggled to make much out of the few holes he saw on Sunday. The lead Broncos back finished with just 61 yards out of 19 carries and fumbled in the fourth quarter, giving the ball back to a seemingly desolate Steelers team. Ryan Mundy forced that fumble in addition to another one against McGahee in the first quarter of the game.