It’s different when John Calipari says things. For instance, two years ago at the Kentucky men’s basketball team media day, Coach Cal said, “Before I retire I’d like to coach a team that goes 40-0.” Read that again. It’s a completely harmless statement, one that any other Division I basketball coach could make without generating headlines. What coach wouldn’t want to make history by becoming the first team to go undefeated after 40 games? But when it’s Calipari expressing this grand dream, our ears don’t perk up because of the scale of ambition, but the scope of its possibility. His dream — again, of something that has never been done before! — was two games away from materializing only a few months ago.

Within the framework of amateur athletics as it currently stands, Calipari is damn near omnipotent. You know this already. He is the antihero vigilante exploiting the system for the betterment of his school, his players, and himself. At the 2015 NBA draft, sitting close enough to see Cal walk out of Barclays Center with a stack of four NBA team caps before the end of the lottery, it was hard not to be in awe of the big blue monolith he’s created. So, yeah. He says things, we listen. He knows we do.

Last week, Calipari mentioned on an ESPN podcast that his 2016 recruiting class has a chance to be one of the best ever. Word spread quickly on the Internet, as it does. This from a man who, according to ESPN, had college basketball’s top-ranked recruiting class in four out of his first five years at Kentucky, with 2009 and 2013 also having legitimate claim to being Cal’s best ever.1

It’s scary to think how much better Cal’s 2009 recruiting class would’ve been had he stayed at Memphis. ESPN’s no. 3 recruit, Xavier Henry, had already committed to Memphis, and Cal had verbal commitments from DeMarcus Cousins and John Wall (nos. 4 and 5, respectively). Henry decommitted and bolted for Kansas, while Cousins and Wall stuck with their future coach. Kentucky would have to live with a class that included Wall, Boogie, Eric Bledsoe, and Daniel Orton — a collection of freshmen as talented as I’ve ever seen in the NCAA.

For those who keep pace tracking the next generation of basketball talents, the 2015 class (which includes top NBA prospects Ben Simmons and Skal Labissiere) has long been considered a stepping-stone to the Eden that is 2016. Jerry Meyer, the basketball scouting director at 247Sports, has noted that 2016 might be the best recruiting class he’s seen in more than a decade. Want to feel old? Three of the top five players in the 2016 ESPN 100 were born in 1998 — the year news broke that President Clinton had been having a sexual affair with White House intern Monica Lewinsky; the year Google was founded; the year Furby was unleashed upon the world. It was the year Vince Carter, Dirk Nowitzki, and Paul Pierce were drafted.

The first big surge of mainstream attention for this class came in 2014 through a 16-year-old Thon Maker, whose near-mythic digital footprint had begun to eclipse his real-life development. Cal’s comments all but ensure that the hype train will be arriving sooner than scheduled, but those in the know have known for a while.

The thing is, he never had to make the same bold pronouncements for previous classes. What was a 15-second tangent on a podcast with Andy Katz and Seth Greenberg became a national story. Was it just a harmless, offhand remark? I mean, sure, that’s a possibility, but you don’t reach Calipari’s level in college sports without being calculating. He knows we’re listening, and, more importantly, he knows his targets are listening. It doesn’t take a true detective to discover that, with Coach Cal, everything is recruiting. And he has his reasons for campaigning early. Four of the top five ESPN 100 recruits of 2016 haven’t made their commitments yet, and according to 247Sports’s Crystal Ball predictions, not one is favored to pick Kentucky. 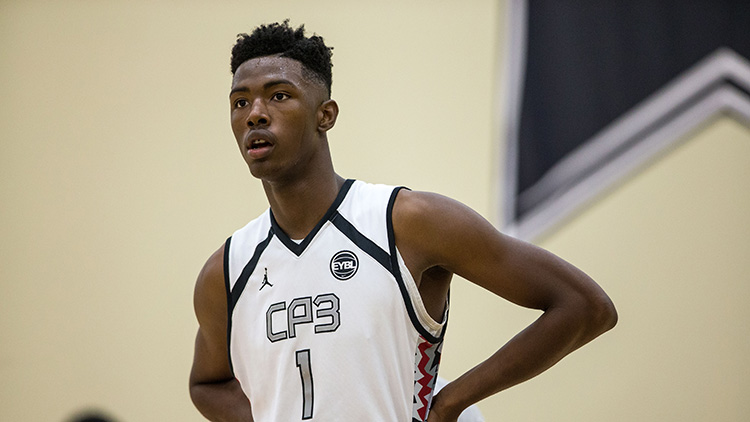 We’ll go deeper in the near future, but for now here’s a brief overview of the incoming seniors atop ESPN’s recruiting rankings:

Giles’s no. 1 ranking is all the more impressive considering he tore his ACL, MCL, and meniscus cartilage in his left knee in 2013 at the FIBA Americas U16 championship.

Duke has now claimed the no. 1 ranking in the ESPN 100 for 2014 and 2015, if the latest rankings hold firm. Kentucky might be in danger of losing out to a Duke hat trick in 2016 — no. 2 recruit Tatum has already committed to Duke, and Giles, who happens to be no. 1, has called Tatum his best friend. They’ve long discussed playing together in college, and why not Duke? Last year’s trio of Jahlil Okafor, Justise Winslow, and Tyus Jones, who became fast pals in the AAU and international circuit during high school, won a national championship by trusting in the power of friendship (and Coach K). Perhaps more than ever before, we’re seeing the effects of the star recruit’s endless parade of tournaments, showcases, and international competitions: Making friends with peers is a way of keeping the vultures barricaded; staying close to home is another opportunity to extend a childhood that has warped with prep stardom.

As it stands, Calipari is facing an uphill battle, and maybe he knows it. Maybe the quick podcast shout-out was a subliminal siren song, a passive-aggressive “SCOREBOARD”3 shout. One of the star recruits will take the bait; the lure is too strong. Year after year we watch, in awe and hatred and jealousy, what Kentucky is capable of when recruits heed the call and form like Voltron. Now, with Mike Krzyzewski finally embracing the dark arts of one-and-done recruiting, we’re finally seeing Calipari press a little, which is good. Competition is good. But what did Calipari stand to gain by positioning the class of 2016 as one that could overshadow the greatest triumphs of his past? We’re a year away from the answer. This is what it looks like when a demigod pulls up for a heat check.

Or, more accurately, “DRAFT BOARD.”