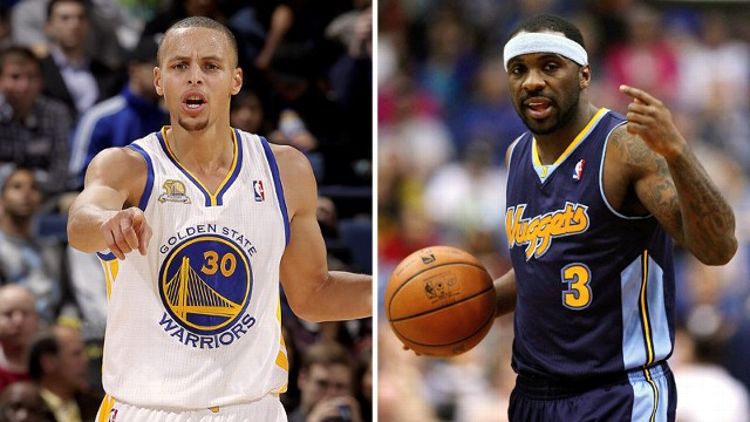 Today’s big picture: Two teams with point guards who appear to be foundational offensive players have locked them up with long-term deals, while two others (Milwaukee and Philadelphia) have passed on extending point guards who have yet to show that kind of potential.

The smaller picture is more complicated, since one of those foundational players is Stephen Curry, whom the Warriors inked to a four-year, $44 million extension, even though nobody has any idea if he can stay on the floor. If he can, he’s going to be worth that money, and then some. And if he played, say, 45 productive games this season and hit restricted free agency, recent history — i.e., Eric Gordon — suggests some suitor would have offered him a four-year max deal worth about $15 million per season. The Warriors and Curry have tried to find a middle ground, with Curry getting security while accepting a deal worth about $15 million less over four years than he would otherwise have received after a productive half-season or more. The wild card here is that very few of the dozen or so teams set to have max-level cap room this summer have an obvious need for a point guard; Dallas probably qualifies, though they may end up loving Darren Collison, and a couple of others (Orlando, Milwaukee, Atlanta, Utah) could have been threats depending on their final cap sheets and how they view their incumbent point guards eight months from now. And even teams with one decent point guard aren’t necessarily opposed to spending big on a second; with more teams overloading the strong side on defense, there is enormous value in having a second ball handler/shooter on the weak side, capable of catching a swing pass and doing something with the ball. Charlotte was probably ready to go hard after the hometown kid this summer, even with Kemba Walker and Ramon Sessions on the roster.

It’s still a huge bet on Golden State’s part. Doing nothing — i.e., just losing Curry in free agency at whatever cost — was an option, though probably not a realistic one for a new ownership group looking to make a splash. And though the deal will likely take Golden State over the luxury tax next season, leaving them without even the full mid-level exception in free agency, the cap sheet is pretty clean after the 2013-14 campaign. The Warriors also still have the five-year “designated player” extension in the bag for Klay Thompson, should Thompson play up to that kind of deal over the next two seasons.

The Warriors can also deal a productive Curry at that $11 million number, and it will be interesting to see if they quietly shop him if he gets off to a hot start next season, knowing how fast the market will collapse upon one more turn of that right ankle. Ask the Nuggets about Nene and Arron Afflalo: A long-term commitment on paper isn’t necessarily a long-term commitment.

But again: The injuries, plus the former presence of Monta Ellis, have obscured Curry’s current skills and even scarier potential in a league increasingly the province of pick-and-roll point guards. Curry isn’t just a great shooter; he has a chance to be one of the very greatest shooters in league history, an annual candidate to join the seven-member 50-40-90 club, reserved for guys who hit 50 percent from the floor, 40 percent from 3, and 90 percent from the line in the same season. A pick-and-roll guard who can shoot like that transforms an entire offense; the Warriors have scored much more efficiently in three straight seasons when Curry has been on the floor. That’s a significant feat, given that Curry has spent a huge percentage of his time on the court with the possession-eater Ellis, whose presence consistently sunk Golden State’s offense.

Curry is already a very creative passer with both hands, though he can be turnover-prone when he goes lefty. He has just about every point guard pass in the book — pocket passes, around-the-backers to big men on the pick-and-pop, and those little wraparound drop-off passes that point guards thread when they drive on the pick-and-roll, draw a second big-man help defender, and hit a newly open big man (i.e., not the original screener) near the rim. He has also shown quick and snappy court vision; he has a good sense of when a defender on the other side of the perimeter is sneaking in an extra step or two, leaving an opportunity for a skip pass to that defender’s man.

He’s obviously a deadly mid-range shooter, a must for any pick-and-roll guard, since defenses will often leave that elbow jumper open. Curry probably settles for that shot a bit too often, and if he balances out his game with more penetration and off-the-dribble 3s, he’s going to be something like Steve Nash Lite. Replacing Andris Biedrins/Jeremy Tyler with Andrew Bogut will help.

Curry is a minus defender, but very few point guards can affect the game defensively. He needs to become more disciplined and committed on that end, and that usually comes with experience. If he becomes a below-average man-to-man defender who understands team concepts well, that’s a perfectly fine end result, provided the Warriors back him with decent bigs.

Ty Lawson is an uneven defender himself, but he has been healthy almost his whole career, and as such, his slightly richer four-year, $48 million deal is a no-brainer for the Nuggets. Teams were skeptical Lawson could shoot well enough on the pro level, but he’s a 39 percent career shooter from deep who has jacked up his attempts per minute every season. The number is still pretty low for a high-usage point guard — about 3.4 triple tries per 36 minutes — and teams often still go under high screens for Lawson, signaling they don’t consider his 3-point shot a threat.

He hasn’t been as good from long range off the dribble as he is in spot-up chances, but few players are. Shooting more 3s would take Lawson’s game to another level, but everything on this guy’s profile already suggests he’s a game-changing offensive player. On talent alone, he has probably surpassed Curry already. Lawson’s speed and aggressiveness are overwhelming weapons, the basis for Denver’s smarter-than-it-looks offensive system, which produces the most shots at the rim — by a huge margin — of any team in the league. It also produced the fewest mid-range 2-point attempts, the least efficient in basketball. And that wasn’t just a result of Denver’s fast-breaking style; data-tracking cameras installed in 10 NBA arenas last season found Denver led the league in the number of drives per game from the perimeter to the rim area within the half-court offense, according to a report from STATS LLC, which operates the cameras. Lawson led all individual players in drives to the rim, per STATS.

Lawson is a huge part of that. Denver runs a fast-paced pick-and-roll/dribble-drive offense in which the first pick-and-roll ball handler will drive and kick to a second potential handler on the perimeter if the initial pick-and-roll does not yield a shot attempt. The system is built in large part on Lawson’s speed, and he’s increasingly adding some pretty high-level NBA point guard intellectualism to that unguardable burst. There are times when Lawson almost looks like Chris Paul, disguising the direction he’ll dribble off a high screen until the last possible second, and then stopping at the elbow, his defender on his back, to pause and read the situation in what amounts to a wicked hesitation dribble. (Sidebar: No point guard uses his ass as a weapon in this specific sense as well as Paul, and you can see Lawson trying to hone this technique.) He’s a reliable 40 percent shooter from mid-range, and he’s comfortable going both right and left. And when Lawson catches a big man backpedaling on a pick-and-roll, he’s deadly; he’ll dribble right into the poor sucker’s chest and lay the ball up as the big guy falls out of bounds.

Lawson lives in the lane, which is the primary thing separating him from Brandon Jennings and Jrue Holiday, who are also extension-eligible today. Neither gets into the paint much, and though Jennings gets there more than he used to, he’s still only a so-so finisher who doesn’t translate those drives into as many productive passes as Lawson. Jennings is also a below-average outside shooter who likes to chuck. Holiday is a better long-range shooter, but he launches in very low volumes and generates very few paint buckets or free throws.

He’s not a great passer, but he’s a good one, and he’ll accumulate all these nuances as he gains experience and more responsibility. If you’re into small-sample-size Big Stage Theater, Lawson looked increasingly comfortable during Denver’s seven-game thriller against the Lakers, and was probably the best player on the floor combined over the last two games of that series.

Again: He’s not a great defender, despite his speed. He’s a little guy, so he’ll always be vulnerable to bigger guards driving right at him, and he doesn’t have the length to bother shots from behind when he chases over screens on pick-and-rolls. He has a good understanding of team defense and how to move around the weak side of the floor, but his commitment to the more physical parts of defense has been so-so. The Lakers hurt him in the playoffs by putting him in screening action on the wing and under the rim, though Denver’s tendency to switch on picks doesn’t really encourage a physical response to such plays. Lawson also takes a few bad gambles in the passing lanes, but the wins may outweigh the losses in the long run.

He’s just a really solid player, and probably an All-Star in the near future. A point guard like that is worth $12 million per year, even if the deal takes Denver’s projected 2013-14 salary a hair over the current tax line once you factor in their first-round pick. (Note: This assumes Andre Iguodala does not terminate the final year of his contract, worth $16.15 million.) The tax line will go up, but Denver would still be close enough to take the full mid-level out of play next summer, and GM Masai Ujiri told me in July that the team’s payroll at that time — about $63 million, with the JaVale McGee deal — was about what ownership has budgeted. Don’t be shocked if Denver makes a cost-cutting move between now and the time cap sheets finalize next year. (Also, they don’t really need the mid-level exception, given all the talent already here.)

To put it differently: Denver just paid Ty Lawson about what they would have owed Afflalo and Al Harrington combined in both 2013-14 and 2014-15. That’s a win.