What Have the Finals Told Us About Steph Curry? 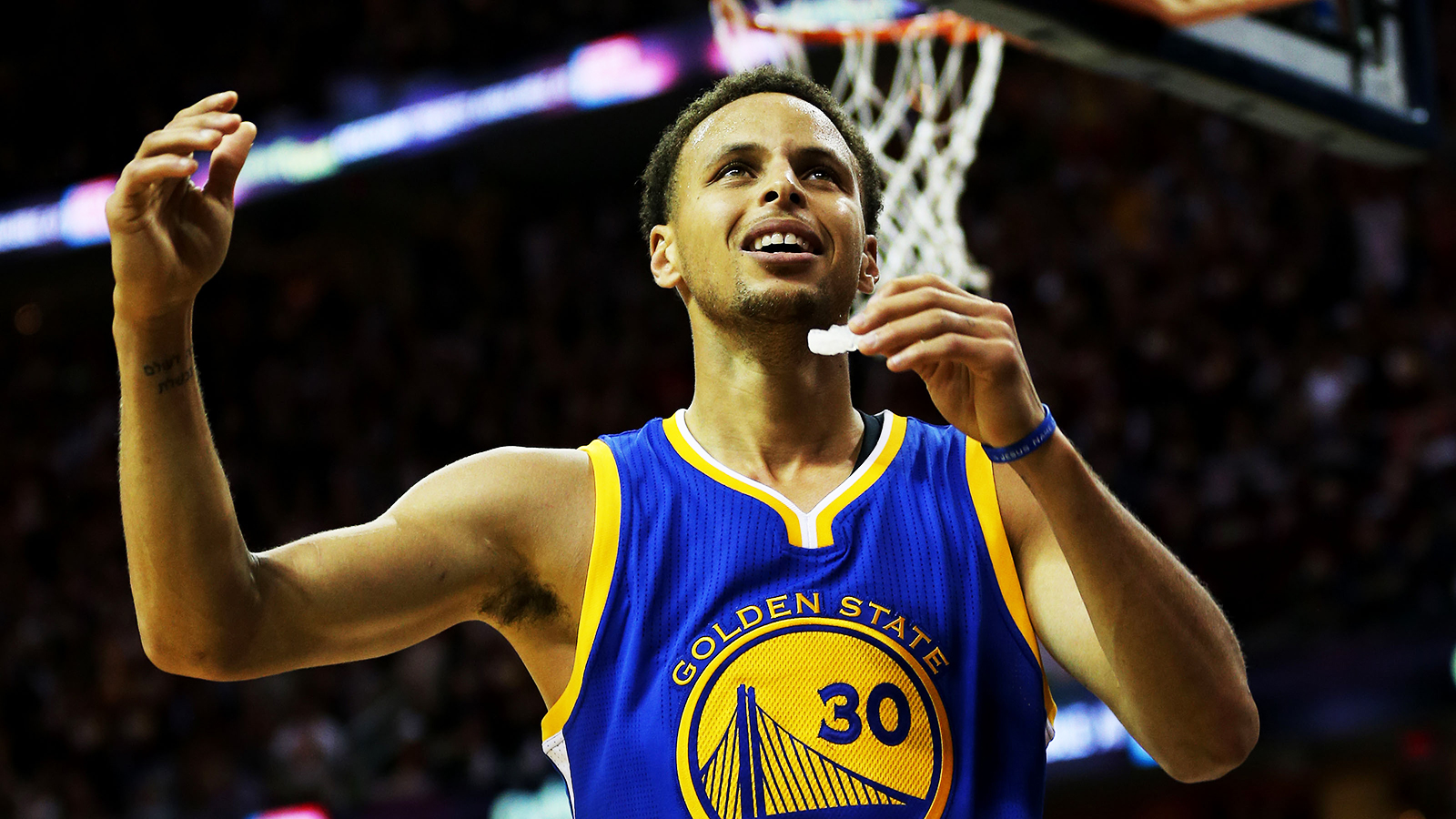 Steph Curry was 5-23 from the floor in Game 2, including an air-balled possible game winner. He also had six turnovers. This was a John Starks–level disaster, and it came from an MVP winner. Afterward, a kind of meta “Why aren’t we talking more about how awful Steph Curry was?” discussion took the place of actual Steph Curry criticism on Twitter and sports radio. SVP & Russillo turned it into an entire segment.

It’s not that people weren’t wondering what was wrong, but there wasn’t the kind of scorched-earth, manhood-doubting inquiry we save for all of our favorite athletes in 2015. I didn’t even see an MJ meme.

Then came another shaky night in Game 3. Coming into Game 4, the biggest game of Curry’s career, the question only got louder: Why aren’t more people going scorched earth on Steph Curry? I have a few different theories.

1. People like Steph Curry. The obvious answer. He carries himself with a solid mix of self-deprecating humor and cold-blooded confidence — the two qualities we want in any superstar athlete, and really, what we want in ourselves. If it had been James Harden having Curry’s last two games, there would be a bonfire of criticism that would light up the Internet for months — because people don’t like James Harden, for all kinds of fair and unfair reasons. But Steph is undeniably enjoyable, so he gets the benefit of the doubt when it’s possible. Where’s Riley? 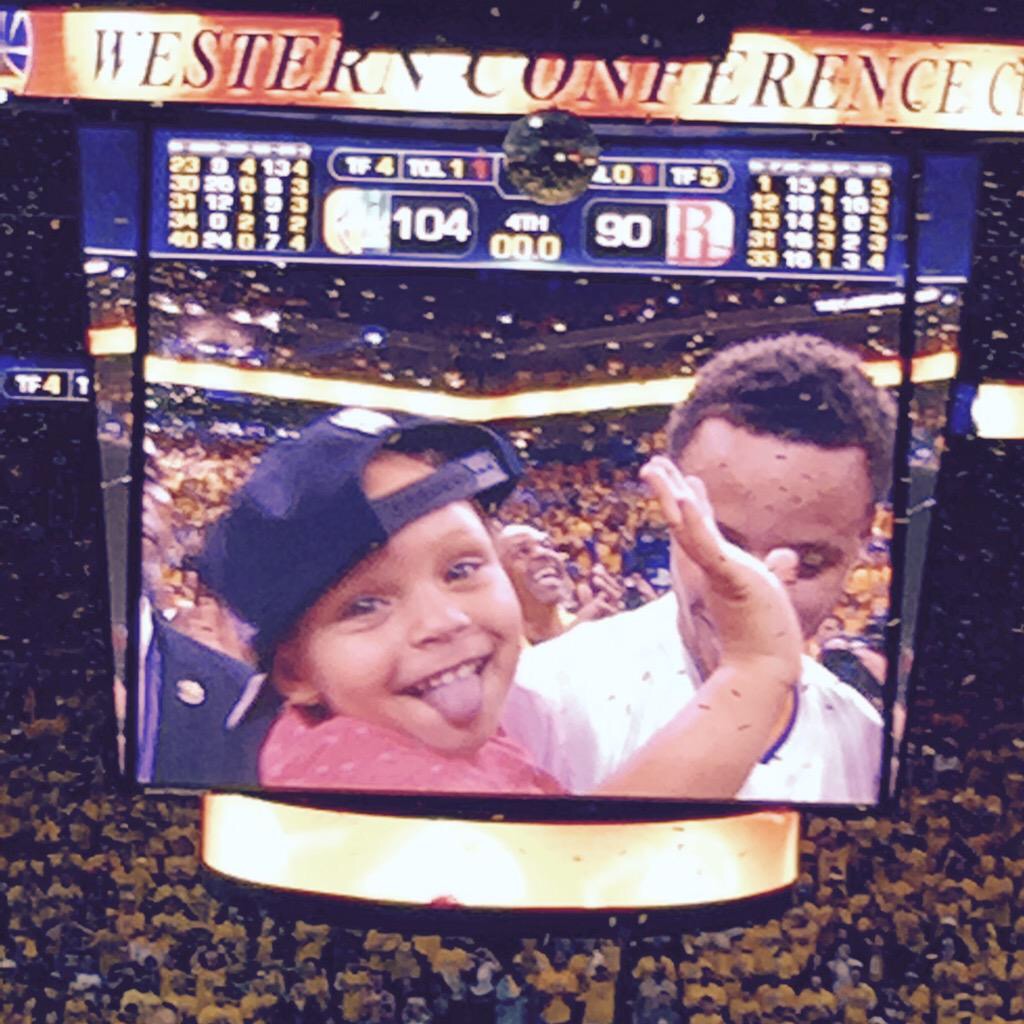 Of course he gets the benefit of the doubt.

2. People still don’t completely understand Steph Curry. How do you grade someone on a curve when there’s nobody to compare him to? Steph is part Steve Nash, part Reggie Miller, part Barry Sanders. We’ve never seen a superstar like this. It’s hard to understand exactly what makes him great, and when things break bad and his shots aren’t falling, it’s hard to pinpoint what went wrong. I keep waiting for some announcer to blurt out, “What’s wrong with Steph? Uh, I don’t know, he stopped being a goddamn wizard?”

Maybe the fall against Houston threw him off more than anyone realized. Maybe the physical defense from Cleveland has knocked him out of his comfort zone. Or maybe he’s just been missing a ton of shots he usually makes — wide-open looks and contested jumpers with an inch of space — and that problem will correct itself soon. It’s hard to tell what’s happening here.

That confusion makes it tougher to be aggressively critical.

3. People fear Steph Curry. This is the big one. Critics will get plenty loud once Steph isn’t standing behind the 3-point line with the chance to make them all look stupid. So far, that’s what he’s done to everyone else who didn’t believe. James Harden and LeBron James — two frequent media targets — have failed enough for people to doubt them. Since Curry has been in the spotlight, he has been nothing but good, then great, then mind-blowing. Other than injuries, he has never experienced a setback that rendered him mortal.

The closest we came to Steph Curry mortality was in Game 2 and Game 3 against the Grizzlies. Remember that one air ball?

After that shot, the Grizzlies series ended with Steph shooting 51 percent from 3 and averaging 27.7 points per game, with 6.7 assists in three double-digit wins. This isn’t to say he’ll never fail, but still. Betting against Steph Curry feels like betting against Harry Potter. The most public setback of his career only made him seem more unstoppable.

Steph needs to find that place again if the Warriors want to bounce back in these Finals. Game 3 was better, but he didn’t look like himself until his team was down 20, and then he ended the comeback with careless turnovers and more missed 3s. It may sound obvious to say that a team’s best player has to play better to win — wait, that is definitely obvious — but this is about more than just Steph Curry.

The entire Warriors squad feeds off of him, and when he goes quiet, the machine starts to sputter. I don’t have any advanced stats to prove this, but when Curry isn’t playing well, there is an 80 percent chance that Harrison Barnes will disappear right along with him. Klay Thompson starts forcing things off the dribble. Andre Iguodala starts hoisting jumpers. Everyone remembers that Andrew Bogut hasn’t been a scoring threat in five years.

Draymond Green is struggling independent of Steph, partly because of a back injury. That makes Curry even more important right now. His shooting and playmaking opens up the floor for everyone else. When he’s quiet — the Cavs have been trapping him off screens and forcing him to make the smart pass — the rest of this team begins to look ordinary. Who’s scared of Iguodala’s offense in 2015? Or Barnes? Or even Klay? And now David Lee is supposed to be the solution?

No. Steph Curry is the solution. Cleveland is a real problem, too.

This isn’t just a fluke. Imagine that Grizzlies team, but with LeBron James. Now imagine that team living the inverse of the Tony Allen timeline. Instead of losing its best perimeter defender halfway through the series — when Steph turned things around — this Cleveland team swapped out its weakest defensive link after Game 1. Suddenly this defense is great across the board, and the best Golden State strategy thus far has been making up ground in the fourth quarter when everyone is exhausted.

“Steph did not lose his confidence,” Steve Kerr said after Game 3. “He lost energy, a little bit of life. We need life from everybody.”

They need life from Curry so much more than anybody else. His scoring gets others going, the offense starts moving the ball, and this team becomes unstoppable. At some point, the Warriors have to play that game if they want to win here. They can’t expect to win a title just by stealing games the Cavs have controlled for the first 44 minutes.

Eventually these Finals will end, and so will the benefit of the doubt. We’ll know a lot more about how great Steph really is. Volcanic takes aside, if he can’t get back on track here, it’ll be perfectly reasonable to understand him a little differently going forward. We can’t worship him for being unguardable and then shrug when he’s double-teamed into passing to teammates who don’t want to shoot. We can’t gawk at the impossible shots he hits and then ignore it when he stops hitting them in the NBA Finals. We can’t wonder if Curry’s game is the future of basketball if he’s getting punked on national television by Matthew Dellavedova while LeBron is doing Game of Thrones shit.

I’m excited to watch him try to come back. This is what makes the NBA playoffs great. We know who the best players are, and we get to sit back and watch them get tested.

For the record, I think the Warriors will win Game 4. Right? Curry is too good and Draymond is too proud to struggle like this again, and if those two can bounce back for a night, the offense shouldn’t be far behind. Likewise, the Cavs are too thin to play this apocalypse defense in every game without any kind of letdown. This series could be tied by Friday morning, and Golden State will be favored all over again.

Can Steph go win it from there? LeBron and the Cavs won’t roll over like Memphis did, and the Warriors will need Curry at his best down the stretch, especially if Draymond’s back doesn’t improve. So far, this series has underscored Curry’s value and exposed his limits in equal measure. He’s struggling with all the contact and the traps, and he’s lost the rhythm he had for the past nine months. And, after three Finals games, the case for Steph Curry as MVP is clearer than ever — if you slow him down, this whole 80-win team unravels. Now let’s see if he’s great enough to pull it back together.

Victims of Roster Circumstance: The NFLers Most Affected by Their Teams’ Moves