Paying to Play in Memphis? The Strange Case of Tennessee’s Jock Tax 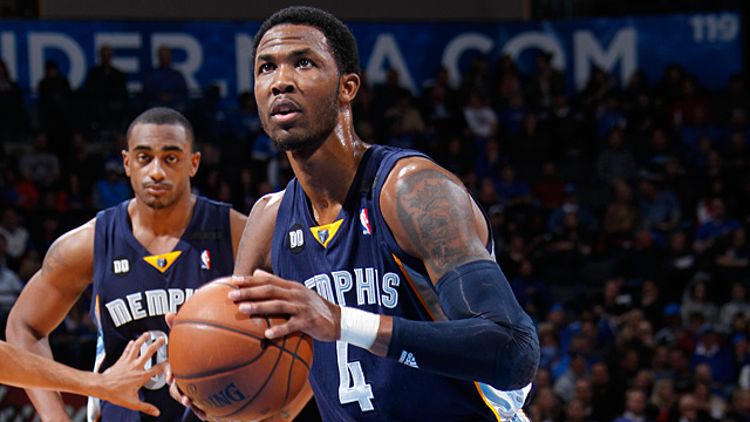 When I first asked Chris Johnson, the lefty shooter from Dayton who signed two 10-day contracts with the Grizzlies last season, about his tax issues in Tennessee, he went into a stock answer about the luxury tax — how he understood Memphis had been facing cost concerns when they finally waived him in February.

But that wasn’t what I had meant at all. Johnson, unbeknownst to him at that time, was about to become the poster boy (poster man?) for a fight against Tennessee’s so-called “jock tax” — one of the harshest and quirkiest in the country, per tax experts. Lots of states have jock taxes; Jared Dudley and other members of the Suns discussed their bewildering state-by-state tax bills in this April piece by the Arizona Republic‘s Paul Coro. The idea is pretty basic: Professional athletes draw giant game checks while playing in different NBA cities, whose residents pay good money to watch those athletes perform in expensive local arenas with expensive game-day infrastructures. Taxing athletes for popping into each city has been an easy way for states to fluff the coffers without hiking taxes for local citizens. Tennessee is also among the group of states that lack a regular income tax, so athletes who live there catch a break in that sense.

But the Tennessee tax is strange, according to Ron Klempner, the interim head of the NBA players’ union, and several other tax experts who have addressed the issue. Any NBA player who is on a team’s roster during any game in Memphis has to pay a flat tax bill of $2,500 for that game. (The same goes for NHL players who pop into Nashville to face the Predators.) The tax applies to a maximum of three games, so that no player pays more than $7,500 per calendar year, Klempner says. The flat rates apply to each player, regardless of his individual income level, and they also apply to Memphis players; Marc Gasol, Zach Randolph, and Tony Wroten all wrote $7,500 checks to the state of Tennessee for last season.

Except the money doesn’t go to the state — another of Tennessee’s jock tax quirks. It goes to the operators of the Grizzlies’ arena, who happen to also own the franchise, Klempner says. The state doesn’t see a dime, at least not directly. The theory is that arena operators will use the extra cash to spruce things up, draw more celebrated acts, and spend in other ways that will ultimately bring more visitors and money to the Memphis area.

“The state is collecting this money on behalf of a private entity,” Klempner says.

One last quirk: The jock tax applies only to certain jocks — NHL and NBA players. Players in the NFL are exempt. So in the end, Johnson earned about $54,000 from those two 10-day deals (eight games played) and had to start his tax prep with a fat $7,500 check to the ownership group that waived him. “I didn’t know much about that tax,” Johnson said Thursday in Las Vegas, where he is playing for the D-League’s Select team at NBA Summer League. “But when I got my check, I noticed there was a lot of money taken out for a 10-day. I mean, I was a little … $2,500 is a lot of money.”

The players’ union is engaged in a quiet battle to have the tax repealed, Klempner says. They’ve engaged with a lobbyist and have the backing of State Senator Jack Johnson, who has introduced a bill that would repeal the tax. They’ve enlisted members of the Grizzlies, including Mike Conley, to lobby behind the scenes ahead of a series of summer hearings. But Conley earned $7.5 million last season, with raises coming in each of the next three, and voters in a state with no income tax aren’t going to break out the tiny violins over a rich guy paying a strangely targeted $7,500 tax bill.

That’s where Johnson comes in. “In certain instances,” Klempner says, “it can actually cost a player money to play in Memphis. It’s completely disproportionate.” Johnson didn’t quite pay to play in Memphis, but there will be cases like his going forward as the Grizz front office uses 10-day contracts to experiment with potential roster fits. Johnson hasn’t committed to lobbying on behalf of the players’ union (or himself), but he’s considering it after chatting with officials in Las Vegas during Summer League. If the repeal effort fails, the NBA players could look to the NHL for a compensation model. That league agreed to reimburse its players for the money they pay under the Tennessee jock tax — about $2 million per season, Klempner estimates.