On the Verge of Collapse, the Clippers and Bulls Just Keep Getting Stronger 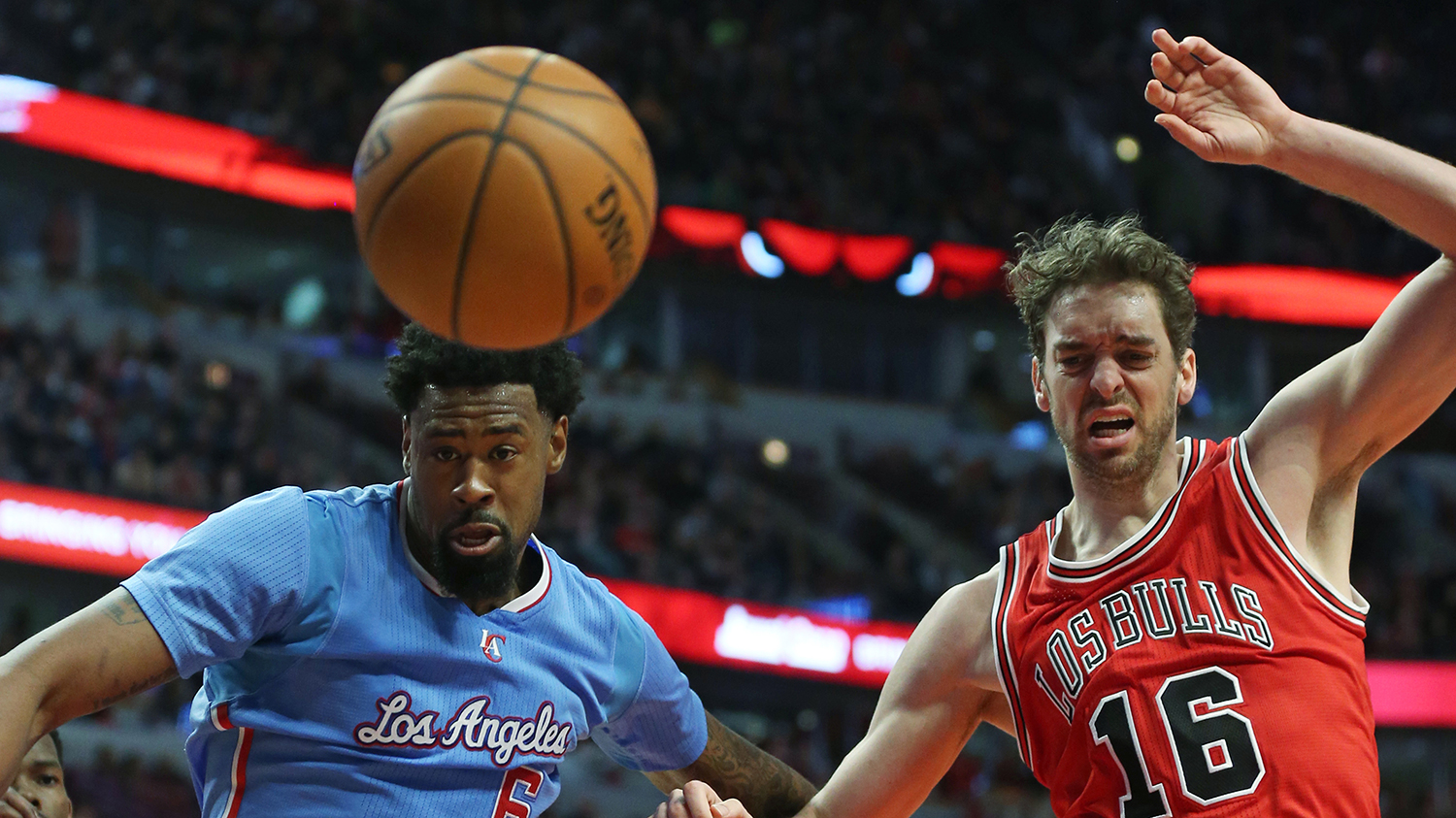 Think back to a pair of Game 5s. Chris Paul and Blake Griffin had spent the night bitching at the refs. Derrick Rose had been torched by Michael Carter-Williams while going 5-for-20 from the floor and 0-for-7 from 3. The Clippers lost a heartbreaker that likely spelled the end of their season. The Bulls lost a closeout game at home and looked like a mess, even if we knew they’d make it to Round 2. The Clippers lost their composure. The Bulls were struggling with injuries to Rose and Joakim Noah. This is how everyone always assumed it would end for them.

What Giannis did to Mike Dunleavy is what the Bulls did to the Bucks in a 54-point Game 6 win. Fifty-four points. It was biblical. From there, Chicago went out and harassed LeBron into his worst game of the playoffs, Rose scored 25 points, and they took down the Cavs in Game 1 on the road.

Meanwhile … the Clippers went into San Antonio and got what might have been the most impressive win of the playoffs. You know, if it hadn’t been for the Game 7 that doubled as basketball nirvana and the definitive performance of Paul’s career. That’s how the Spurs got Baynes’d.

Then on Monday, with CP3 injured, the questions immediately shifted to whether the Clippers had anything left for the Rockets series. So they went out and stole Game 1 from a sleepwalking Houston team, Griffin invented a new position — point power forward? — and now they have control of the series. Just like the Bulls. How is this happening?

Both of these teams have spent the entire season staring at the end of the road for title contenders that never actually won anything.

In Chicago, the relationship between Tom Thibodeau and Bulls management looks more dysfunctional than ever, and he’s probably on the way out after this season. The most recent Woj article is our latest proof. Rose isn’t hurt anymore, but he’s still not a sure thing to build around, and it’s an open question as to whether he makes sense next to Jimmy Butler in the long term. Noah has been the heart of the Bulls since Obama was elected, but his body is breaking down and he doesn’t play well with Pau Gasol. He’s a free agent next summer. Taj Gibson, the Bulls’ young weapon for the past few years, hasn’t been as effective with the new, crowded frontcourt. Nikola Mirotic is great, but he hasn’t always found consistent minutes. With all the frustration and complications, there’s a good chance the Bulls’ nucleus could look very different in the next year or two.

For the Clippers, DeAndre Jordan is a free agent, and if things don’t work out this spring, he may go elsewhere this summer. Griffin and Paul have had a tense relationship the past few years, and annual playoff disappointments only make it more volatile. Doc Rivers has decimated the L.A. supporting cast with a series of horrendous offseason moves, and there isn’t really much the Clippers can do to fix it. Save for a midlevel exception, they don’t have money to make any major moves. If Jordan leaves, they won’t even have much room to replace him with a third star. At that point, maybe it’s time to think about splitting up CP3 and Blake. This is why every Clippers loss in that Spurs series sparked questions about where it all goes this summer.

So … Shouldn’t the weight of all these questions be crushing these teams? When Griffin went out for five weeks at the beginning of February, or Rose went down in November and February, or Paul got hurt in Game 7 against San Antonio … shouldn’t those setbacks have sunk these teams?

Maybe it’s too cliche to say the skepticism has only made them tougher. That’s something that only happens in sports movies. I feel a little stupid for even wondering if it’s real. But that might be the only explanation that makes sense.

Or Thibodeau after the Cavs game: “In this league, it’s so easy to get sidetracked. There’s so much noise. Trades. Free agency. This. That. Whatever. To me, none of that is important. All that matters is what we think. Are we doing the right things every day? Are we putting the proper work in? Are we playing the right way? Practicing the right way? That’s how you play well in this league. All that other stuff is just noise, it doesn’t mean anything.”

However they’re doing this, the season has been a violent roller coaster of emotions for these teams and the poor people who have to cheer for them and make sense of what they’re watching. I’m sure all of that will continue. Both teams are on the road in Game 2 tonight, and neither one is favored. They’ll probably both lose.

But from an outsider’s perspective, that only makes it better. The Clippers and Bulls have already dealt with injuries, doubters, and 10 different uncomfortable questions about the future. What’s one more setback? In the past six months, we’ve mentally written them off more times than the rest of these playoff teams combined. You have to love them both for stubbornly making it this far.

The Clippers and Bulls are literally playing for the chance to continue playing together, and it’s as entertaining as anything the playoffs have left. Every time these teams lose, the whole world starts wondering why they can’t win.

Then, they go win.

Board Games: How DeAndre Jordan’s Rebounding Supercharges the Clippers