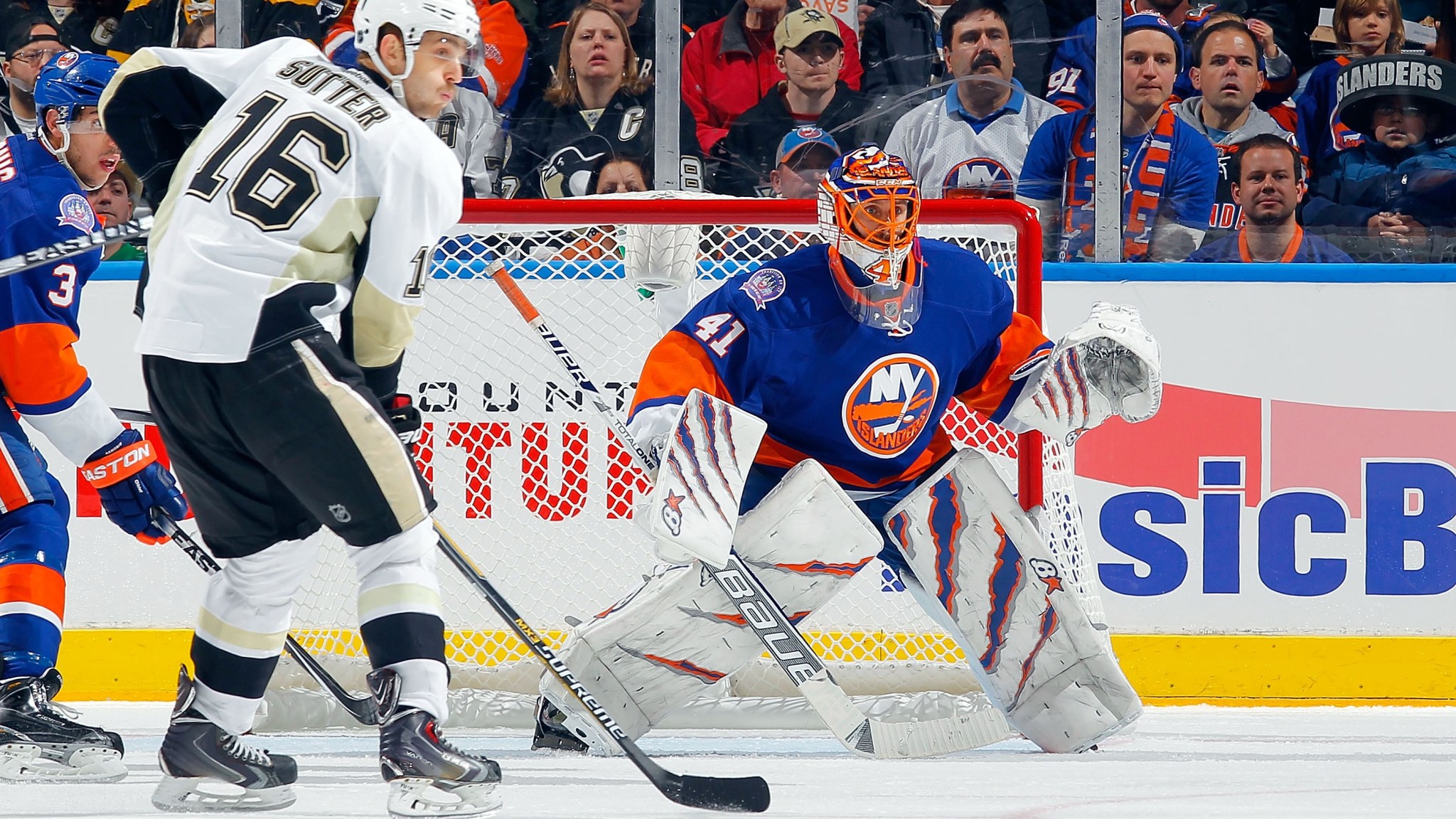 Theme of the Week: As Luck Would Have It

Let’s check in on everyone’s favorite stat: PDO, which adds up a team’s shooting and save percentages to come up with a number that settles in around 100, give or take a few points. Both shooting and save percentage are heavily luck-driven, so a PDO that’s significantly above or below 100 can be an indication that a player or team’s performance is being influenced by random chance, meaning it’s less likely to continue. PDO outliers aren’t always the result of luck and luck only — there’s some evidence that talent level and playing style could sustainably boost a team a point or two over 100, for example — but that explanation goes a long way.1

So who have been the NHL’s luckiest and unluckiest teams? The five top PDOs belong to the Predators (103.5), Penguins (102.8), Flames (102.3), Devils (101.6), and Canadiens (101.2).2 That pours some cold water on two of the Western Conference’s best early-season stories in Nashville and Calgary, and the numbers look especially glum for the Flames, a bad possession team shooting a league-leading 10.26 percent that can’t possibly continue. On the other hand, the Predators, Habs, and Devils are seeing their PDO driven more by strong save percentages, and all of those teams have All-Star-caliber goalies. Still, Nashville’s in for a drop — since 2007-08, only one team has stayed over 103 for an entire season.3

At the other end of the PDO scale, five teams are sitting below 98.5. Not surprisingly, three are having lousy seasons: the Oilers (96.4), Blue Jackets (96.9), and Hurricanes (97.5). That tells us those teams should expect at least some improvement as the season goes on. That’s not much consolation, since all three are basically already out of playoff contention, but it’s worth keeping in mind when deciding how hard to lean on the panic button. The Capitals (98.2) have been another disappointment, but they’re still in the Metro mix and are worth keeping an eye on once their luck starts to even out.

That fifth low-PDO team is a weird one: It’s the Vancouver Canucks, who’ve actually been overachieving based on preseason expectations. Their shooting has been fine, but their .901 save percentage is second-worst in the league.4 That doesn’t reflect well on big-money free agent Ryan Miller’s play, but if he drifts up closer to his career average, the surprising Canucks could turn out to be for real.

5. Chicago Blackhawks (12-8-1, plus-19) Hey, look who finally decided to join us. The record still isn’t much to look at, especially when you factor in the three shootout wins, and they lost to Vancouver last night. But the goal differential and the league’s second-best possession numbers earn them a spot, albeit just barely ahead of the Canucks and Ducks.

4. Montreal Canadiens (16-6-1, plus-4) I was all ready to give their spot to Boston if the Bruins had won their showdown on Saturday night. Instead, the Habs looked great while earning a road shutout. You keep finding new ways to make me sad, Bruins.

3. Tampa Bay Lightning (14-6-2, plus-17) Yes, still ahead of Montreal, based on their better goal differential and Montreal’s lucky 4-0 record in shootouts. Yes, I’m finding it harder and harder to justify this every week.

2. St. Louis Blues (14-6-1, plus-14) A pair of weekend wins puts them back in first place in the Central. That’s two Central teams on this week’s list, but still no spot for the Predators. Nashville, I know you’re not happy about this, but please stop taking it out on my loved ones.

1. Pittsburgh Penguins (13-4-2, plus-25) Coach Mike Johnston said he was treating their weekend home-and-home series against the Islanders as a playoff preview. Oops. More on that in a second.

Our list is three-fifths Eastern teams once again, and I’ll admit that looks wrong. The West is the better conference as always, but the East is more top-heavy right now and that’s skewing things. That should work itself out over the coming weeks, but for now it looks odd. Still, this is supposed to be the Stanley Cup watch, and if you wanted a path to the Cup you’d much rather be in the easier East.

There is team that missed this week’s cut but deserves an honorable mention: The New York Islanders recorded back-to-back wins over the top-ranked Penguins to move even with Pittsburgh on top of the division.5 They’re starting to pull away from the rest of the Metro pack, and the Islanders have a chance to get on even sturdier playoff ground with four divisional games this week. I’m not willing to call them a real contender just yet, but they’re a great story and a hell of a lot of fun to watch.

5. Colorado Avalanche (7-9-5, minus-14) They’re slowly figuring it out, winning three of four, although a lot of the underlying numbers are still terrible. I also could have gone with the Flyers, but I like my house better when it’s not on fire.

4. Carolina Hurricanes (6-11-3, minus-14) There’s an unmistakable “the Hurricanes may not actually be as bad as they seem” vibe building out there. Still, they blew a late third-period lead and lost to the Avalanche on Saturday, so there’s work left to do.

3. Columbus Blue Jackets (6-12-2, minus-23) They’re getting healthy. Like I told you weeks ago, they’ll be off this list soon enough. Yep. Aaannnnyyyy day now …

1. Buffalo Sabres (6-13-2, minus-34) “How many games like that in a row would they need to move out of the no. 1 spot on our list? Does six sound right? I think six sounds about right.” That was me last week, after the Sabres had an impressive win. Don’t look now, but they’re halfway there thanks to a three-game win streak, and they’re not all alone in last place overall for the first time in a while. I’m scared, you guys.

Do you know any Edmonton fans? Even one? If so, I want you to stop what you’re doing and go hug them. Because man, do they ever need it.

The Oilers were supposed to be better this year. Sure, we say that every year, but this year it really made sense. Dallas Eakins was going to be settled in as coach after a rocky first year. They signed some useful free agents. They dove into analytics. And, of course, all of that young talent had had yet another year to figure it out. It couldn’t possibly go bad again.

And, of course, it has. The Oilers are stuck at 14 points, tied for last place overall. They’ve given up more goals than any team in the league. On Saturday, they got pumped 7-1 by the Blackhawks at home, then had to do a walk of shame past their disgusted fans.

There have been positive signs. They’re basically a dead-even possession team, which for them marks a huge improvement. As we’ve already covered, their lousy PDO tells us that at least some of this might be just plain bad luck. Their biggest problem has been goaltending, and both Ben Scrivens and Viktor Fasth have decent career numbers that suggest they can be much better.

So they might be better than they look, and there’s an argument for patience here. But that’s not much comfort to long-suffering Oilers fans, who haven’t seen a playoff game since 2006. They almost certainly won’t see one this year either, even if the team really does turn out to be better than we all think. The Oilers are already 10 points back of a wild-card spot and would need to play at roughly a 110-point pace the rest of the way just to get into the mid-90s range that a Western playoff berth requires most years.

Changes have to be coming, although it remains to be seen whether that’s to the roster, coaching staff, or front office (or all of the above). After all, they say you shouldn’t make changes when things are going bad, but if the Oilers held to that wisdom, they’d never get to change anything.

You know what, maybe go hug that Edmonton fan again.

• Jay Bouwmeester’s NHL-leading streak of playing 737 consecutive regular-season games ended yesterday. He was hurt late in the Blues’ win over Ottawa in Saturday and couldn’t suit up for the team’s game against the Jets the next day.

• Best game of the weekend: The Flames’ wild comeback win over the Devils. Calgary trailed 4-2 late in the third but scored twice with its goalie out, then won in a shootout. I’m thoroughly onboard with this year’s Flames. And yes, I know I just finished explaining why their strong start is mostly luck and can’t possibly last. Let’s all just enjoy it while we can.

• That Calgary win was notable for who wasn’t involved: Devils goalie Cory Schneider, who got a night off for the first time this year. That ended a 20-game streak, the longest to start a season since 2008.

• Canucks defenseman Dan Hamhuis was hurt in a game against Anaheim late last week, and news emerged over the weekend that the injury is “significant.” He could be out for months, although at this point the injury isn’t considered season-ending.

• If you’ve watched hockey long enough, there aren’t many injury list descriptions you haven’t seen before, but “mumps-like symptoms” is definitely on the list.

• The Sharks just finished one of the easiest stretches imaginable, facing five of the league’s worst teams in the Jackets, Hurricanes, Sabres, Panthers, and Coyotes. The result: one win, four losses, and another round of questions about what’s wrong with this team.

• Daniel Alfredsson is not coming back this year, which means he’s very likely not coming back at all. He hasn’t officially announced his retirement, although that seems like the inevitable next step. Let the Hall of Fame debate begin …

• Finally, legendary Hockey Night in Canada play-by-play man Bob Cole was caught with a live mic Saturday. And what happened in that unguarded moment? An F-bomb or two? Unprofessional criticism of a player? A petulant argument with a crew member? Nope. He ripped on the shootout. Bob Cole is a national treasure.