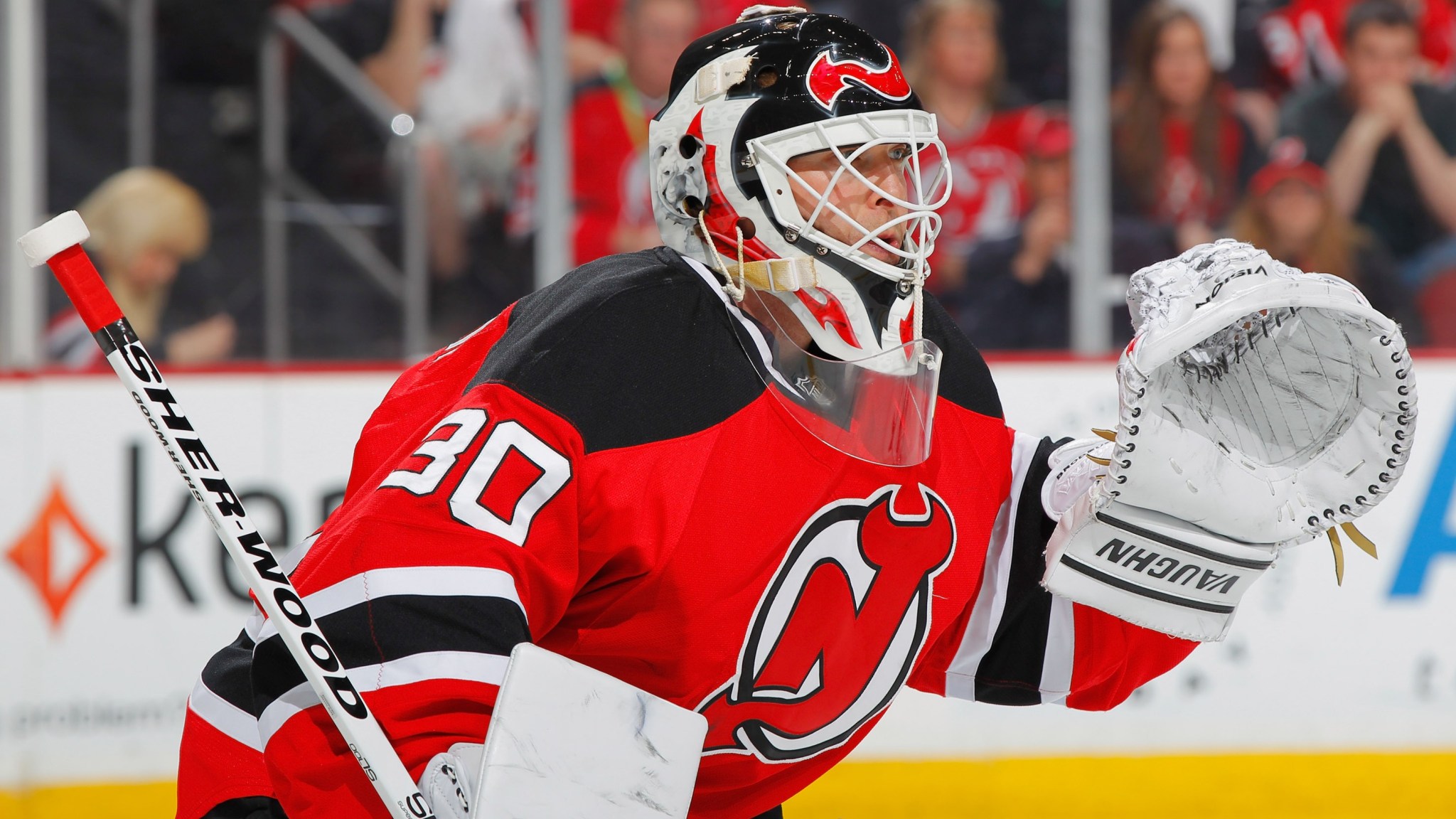 The third star: Pretty much everything that happened on All-Star Weekend

We could fill all three spots with All-Star Weekend highlights. But since we already covered the whole thing in-depth, we’ll squish it all into one entry. Here’s my top five:

5. Pretty much everything Alexander Ovechkin did.

2. Everyone having to pretend that that thing from Sunday night was an actual hockey game.

1. The Jakub Voracek–Johnny Gaudreau breakaway, the only thing to ever make me laugh out loud in a press box that didn’t involve the Maple Leafs.

The second star: “Sindey” Crosby Attention, Pittsburgh Penguins: There is an undercover Flyers fan working in your marketing department.

OK, we said we wouldn’t do NHL All-Star Weekend. But the KHL held its event, too, and it featured this unfortunate incident.

Yeah, I’m 99 percent sure those mascots could beat the Sabres.

Nothing makes hockey folks happier than being outraged about something relatively unimportant. Each week, we’ll pick one topic that fans are complaining about and try to figure out if it’s justified.

The issue: According to reports, the NHL will have advertising on the jerseys for next year’s World Cup.

The outrage: That would be a pretty clear step toward eventually having ads on every NHL team’s jerseys all the time.

Is it justified? There’s an argument to be had about ads on jerseys. Some fans don’t think it’s a big deal. But lots — a big majority is my sense — see it as a nonstarter, either because they think of the jersey as being sacred or because they’ve seen how ridiculous things ended up looking in European leagues.

So we can argue over it. Let’s just be clear that our argument doesn’t matter. The NHL is going to put ads on jerseys. It has already told us as much. It’s dragging its feet because it would rather not be the first league to do it, but that won’t last long. It’s going to happen.

If that really bothers you, then you’ll complain. But the NHL doesn’t care. If it has to choose between generating more revenue or keeping its fans happy, we already know which way it will go. We’ve been through three lockouts, the most recent of which wasn’t even about anything, and we all came crawling back every time. There’s zero chance the league is going to pass up free money because something makes you mad.

So here’s how it will work whenever this kind of issue comes up: The NHL will decide it wants to do something. You’ll scream about it. The league will assure you that it has heard you, and is deeply concerned about your opinion. And then it’ll do it anyway.

We can argue about the ads all we want. Just don’t pretend that any of this matters, or that anyone at the league actually cares.

For last year’s Super Bowl weekend, we featured a guy named Bronco. This year it’s a little tougher, because there haven’t been any NHL players named Patriot or Seahawk. There isn’t even a Hawk. But there is a Hak, or at least a Hakan, so we could …

You know what? Forget the weak attempt at a Super Bowl tie-in. I just wanted an excuse to talk about Hakan Loob.

Hakan Loob, who must always be referred to with both names à la Per Djoos, was an established Swedish star (the trophy for the leading goal-scorer in the Swedish Hockey League is named after him). He came over to North America to play for the Flames in 1983 and scored 30 goals in each of his first three seasons despite being small and wearing a terrible helmet. His big breakout came in 1987-88, when he scored 50 goals and 106 points, making him the first Swedish player to ever join the 50-goal club. Here’s a short clip of highlights from that season.

Hakan Loob played just one more NHL season, winning a Stanley Cup with the Flames in 1989 before heading back to Sweden, which was devastating for young hockey fans who had to come up with a new euphemism for spitting at someone.

Don Cherry didn’t do much this week, because nobody did all that much this week thanks to the midseason All-Star break. When a fourth-liner clearing waivers is front-page news, you’re dealing with a slow week.

So since we don’t have all that much material to work with, I thought I’d use this opportunity to talk about the greatest Canadian talk show of all time: Don Cherry’s Grapevine.

Grapvine was a half-hour show that aired in the mid-’80s, and it was exactly what you’d expect a Don Cherry talk show to be. It took place in a bar, in front of a live audience, and it involved Cherry bringing out hockey players whom he liked and then yelling about what beauties they were while playing clips of them punching people.

I miss everything about Grapevine. I miss the opening, which seemed to change every few weeks and occasionally got weird. I miss the bartender guy. I miss how other hockey personalities would just be lounging around in the background for some reason. I miss the fact that I’m pretty sure that 90 percent of the shows had Bobby Orr as the guest. I miss the Canadian production values, which is to say that the budget for each show was roughly $8. I miss how Cherry would inevitably take over and do all the talking because hockey players are boring. I miss the closing credits, which were basically one long montage of guys committing assault.

At this year’s All-Star media day, Phil Kessel complained about how there’s no good Canadian TV. Sorry, Phil, you’re a few decades late. We as a nation used up all of our TV-making prowess on Grapevine. But don’t worry, once I’m placed in charge of the entire Canadian media, the reruns will be airing every night in prime time.

But what a lot of people don’t know is that Brodeur also played for the Devils. And while he was there, he showed that he could do more than just stop the puck …

• It’s April 17, 1997, and it’s Game 1 of an opening-round series between the Devils and Habs. New Jersey is leading 4-2 with about a minute left, and as goalie Jocelyn Thibault heads to the bench for an extra attacker, Brodeur hatches a plan.

• Montreal’s Mark Recchi collects the puck and breaks out, and I’ll just pause here so everyone can go, “Oh, right, Mark Recchi played for the Habs.” Other teams that Recchi played for that we all forget about: all of them. He played four seasons for every team in the league. He’s quietly putting together a 20-goal season for the Coyotes right now.

• Recchi takes a shot and Brodeur kicks out a leg to stop it. That’s probably very confusing thing for you kids out there to see, but Brodeur was the last of a generation of goalies who’d occasionally move their limbs to make saves. I know, right?

• The puck comes out to center and the Habs dump it back in, which is just about the worst possible thing you could do against Brodeur, probably the best puckhandling goalie we’ve ever seen. He was basically a third defenseman back there. He’s also the reason we have the trapezoid, by the way, just so you know where to send your thank-you cards.

• One of the best parts of any goalie goal is the crowd reaction. Here, the New Jersey fans figure out what’s about to happen before he even gets the shot off. They’re not “Bettman sucks” loud, but they know what’s up.

• This is where it gets weird. The puck goes in, and we cut to Brodeur getting a quick hug from Lyle Odelein, and then … nothing. Nobody else comes near him. I’m not sure I’ve ever seen that before. His teammates just completely leave him alone, either because they want him to soak up the moment or because he’s clearly so excited that they’re all afraid of him.

• Seriously, this is the happiest you will ever see another human being. It’s adorable. He legitimately looks like he might piddle himself.

• Brodeur had been trying to do this for years, and had missed by a few feet a couple of times. He actually called this moment “the greatest that has happened to me,” which is kind of a big statement considering he’d already won a Cup at this point.

• Also, be sure to read to the end of that article linked above for the quote from Habs defenseman David Wilkie: “It was a meaningless goal. It’s an open netter. Good for him.” I don’t know what exactly was in the youth elixir Brodeur took to keep playing into his forties, but I’m pretty sure one of the ingredients was David Wilkie’s tears.

• On the second replay, we see that Brodeur has to wait for Scott Stevens to get out of the way so he doesn’t hit him with the shot. I’m sure Stevens appreciated that. He’d hate to see somebody get drilled in the head when they weren’t looking.

• We finally see a Devils teammate come over, and now it’s time for a round of “Oh, right, Doug Gilmour played for the Devils.” This was back when the Devils were collecting former Maple Leafs like Gilmour, Dave Andreychuk, Peter Zezel, and Dave Ellett. It will not shock you to learn that they didn’t win the Cup that year.

• The announcers mention Chris Terreri hitting the post, which was one of the cruelest near-miss moments ever, and is worth watching just for the crowd reaction.

• We get a shot of Devils coach Jacques Lemaire, who sees how excited everyone is by the goal and then immediately devises three new defensive systems to make sure it never happens again.

• And there’s Montreal coach Mario Tremblay, who figures that at least this isn’t the worst thing a goalie has ever done to him.

• We wrap up with one of the announcers trying to make a point about Brodeur’s personality, then getting stuck in a loop where he just keeps naming other goaltenders for the rest of the clip. We cut away just as tech support arrives to reboot him.

Brodeur would end up getting credit for two more goals in his career, but this was the only one he actually shot into the net. He retires as the leading scorer among goaltenders, and will now be responsible for traveling around the league and erasing all those damn trapezoids.