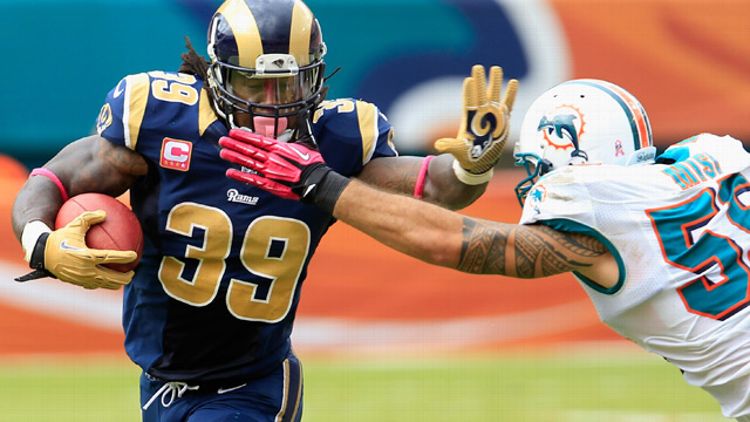 Attention, shoppers: The bargains have finally started to make their way into the NFL free-agency marketplace. After two days of average players getting premium contracts, Thursday was really the first day when teams were able to sign players on significant discounts from both the reported expectations of those players and the actual value of their performance. It’s a trend that should continue into and through the weekend before becoming even more obvious next week. The flooded-market model is really beginning to take hold.

The best deal of the day came out of Seattle, where general manager John Schneider is having a pretty wonderful offseason. Faced with the possibility of having a limited Chris Clemons for most (or all) of the 2013 campaign after Clemons tore his ACL on the substance-resembling-a-field in Washington during the playoffs, Schneider has made two bold moves to restore his front four. On Wednesday, he gave a very credible deal to Lions defensive end Cliff Avril, who signed for $15 million over two years. Yesterday, he topped that contract with a one-year, $5 million deal for Buccaneers end Michael Bennett, who had nine sacks last year despite serving as the only viable edge rusher in Tampa Bay for most of the season. Combined with 2012 first-round pick Bruce Irvin, who was a terrifying pass rusher in a situational role last year, the Seahawks should be able to rotate at least two above-average and fresh pass rushers in on every play. They can even move one of these guys to the interior on obvious passing downs and try to create pressure against a slow guard up the gut. Schneider has turned a weakness into a strength while spending just $20 million over two years, which is just a little more than what the Chiefs gave tight end Anthony Fasano. It’s impressive work from a general manager who’s quickly gaining recognition as one of the best in the league.

The Dumbest Day of the NFL Year

The other team having a truly great offseason is Philadelphia, and it continued to add buy-low candidates to its roster by focusing on players who had recent success before struggling in 2012. That led the Eagles to injury-prone Giants safety Kenny Phillips, who took a one-year deal to try to prove himself before re-hitting the market. Phillips, when healthy, is the best safety the Eagles have had since Brian Dawkins. Philly also made a move for former Texans outside linebacker Connor Barwin, signing a player who had 11.5 sacks in 2011 to a six-year, $36 million deal that guarantees him only $8 million. Remember: Paul Kruger just finished a great stretch (12 sacks in 12 games, including the playoffs) as a 3-4 pass rusher, and because his run of sacks coincided with the end of the 2012 season and his arrival onto the free-agent market, he got $41 million with $20 million guaranteed over five years. Barwin might very well be the better player of the two. Barwin and Phillips are both 26, so if they succeed, the Eagles will have two building blocks for the future right as they hit their prime. They also added 28-year-old cornerback Cary Williams on a three-year, $17 million deal that’s a step below the $8 million to $10 million range Williams reportedly sought as he hit the market. Williams is a competent starting cornerback; if the Eagles can come away from the draft with Alabama cornerback Dee Milliner, Williams would make an excellent no. 2 starter.

The Kansas City Chiefs haven’t covered themselves in glory during a spend-happy opening to the 2013 offseason, but they got a good deal by waiting out the market on top young cornerback Sean Smith, who eventually signed a three-year deal that will pay $16 million while guaranteeing $11 million. That’s just $1 million more than Greg Toler received from the Colts on a three-year deal during the opening day of free agency, and it’s the same guarantee that former Steelers cornerback Keenan Lewis got from the Saints. Neither Toler nor Lewis can carry Sean Smith’s jock.

We’re just now getting to the point when players are growing desperate not to end up as the guy without a good job after the musical chairs have all been taken. In many cases, these guys are taking short-term deals (one to three years) for moderate amounts of money in the hopes of trying to improve their performance before hitting the market in 2014 or 2015 with better numbers in a better economy. That’s a gift to teams, which can pick and choose how they want to spend on veterans making something close to the league minimum. That’s the paradigm shift, and teams are either beginning to realize it or beginning to act on it.

There were still some bad deals thrown out on Thursday, of course. The Colts made their return to this space, as Jim Irsay’s latest emphatic tweet introduced the arrival of former 49ers backup lineman Ricky Jean Francois. RJF signed a four-year, $22 million deal with the Colts, which is an absurd figure for a player who hasn’t suited up on more than 27 percent of the defensive snaps during any season in his career. The Colts will be paying Jean Francois to play the bulk of the snaps up front, so it will be interesting to see if he can hold up over a longer time period.

The most notable signing of the day came in Atlanta, where the Falcons signed Steven Jackson away from the Rams on a three-year, $12 million contract. The price tag isn’t particularly onerous, but I have my reservations about Jackson’s level of play moving forward. “Forward” is the operative word here; Jackson was once a great player on a competitive Rams team before sticking with them through years of mediocrity, but in the process, he ran a lot of balls into the middle of the pile for two yards. Jackson already has 2,395 carries underneath his belt as a pro running back, and he doesn’t have a single run for 50 yards or more in three seasons. He’s also not much of a goal-line back, having scored double-digit rushing touchdowns just once in his pro career. Fans might look at this deal and envision the Jackson from 2005 and 2006 livening up the Atlanta running game, but it’s entirely possible that the Falcons could be taking hold of a player who’s already peaked, one who looks more like Michael Turner than Falcons fans dare to imagine.