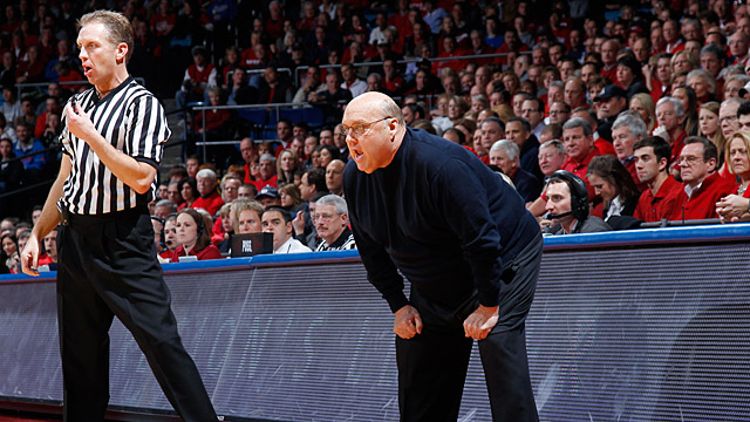 We asked Mark Titus for five predictions before Friday’s March Madness games. Here’s what he had to say about tonight’s matchups …

Alabama will ruin the Doug McDermott-Harrison Barnes high school reunion
With respect to Antoine Young, Creighton is basically a one-man show led by McDermott. And as impressive as McDermott has been this season, he hasn’t played against a team with the size and athleticism of Alabama, which leads me to believe that the Crimson Tide will be able to stymie him. (Sorry, but I’ve been writing about college basketball all season and have yet to use the word “stymie,” which I’m pretty sure is my sworn duty as a sportswriter. I don’t know if I’ll get another chance this year, so I had to pull the trigger.) JaMychal Green and Tony Mitchell should give McDermott problems on both ends of the court, and I don’t see the rest of the Blue Jays being able to make up for the dip in McDermott’s production. More than anything else, however, I’m confident Creighton will lose because so many of us want to see McDermott play against Barnes, his high school teammate, in the second round, and if there’s one thing I’ve learned about the NCAA tournament, it’s that getting excited about a potential matchup is a surefire way to jinx it.

A commercial will be unbearable by the end of the day
The early leader is the Greg Anthony “March Monotony” commercial, mostly because it’s already been showing for a couple weeks already. But let’s be honest — we all know that NAPA isn’t going down without a fight. Thankfully, the NAPA commercial this year isn’t an obnoxious lip-synch of an awful song. But it’s almost worse that this year’s NAPA ad is more subtle, because at least the lip-synching was intentionally annoying so that it would get stuck in your head. This year’s commercial with a guy inexplicably carrying a shot clock into the NAPA store isn’t supposed to get on your nerves, which is probably why it does just that.

Anyway, NAPA or Greg Anthony’s March Monotony look like early favorites, but don’t sleep on the Buick Verano commercial featuring the tour buses following the chick driving her car, or the AT&T commercials that are so 29 seconds ago. And even though I’m digging them so far, the Charles Barkley CDW commercials could also get old in a hurry.

America will jump off the Florida State bandwagon
Thanks to an impressive run in the ACC tournament, Florida State seems to be the trendy pick to make a deep NCAA tournament run. But like my prediction Thursday about how people would overreact to Syracuse’s opening game (OK, so I got that one wrong — the reaction to Thursday’s ‘Cuse performance was entirely justified), I’m anticipating something similar with Florida State. I have a feeling that St. Bonaventure will play the Seminoles close enough to make people doubt their decision to put FSU in the Final Four or Elite Eight of their office pool brackets. I don’t think the Bonnies have what it takes to pull off the upset, but they’re playing well right now, so it wouldn’t surprise me if they hung around and at least made the palms of the people who have jumped on the FSU bandwagon sweat a little.

Half of the games will be upsets
After a noticeable lack of upsets Thursday, I admit that this is wishful thinking, but I really do think that we’ll see a lot of favored teams lose Friday. Maybe calling for eight upsets is a stretch, but I’m high on all of the 10 seeds, I like North Carolina State’s chances against San Diego State, St. Louis vs. Memphis is essentially a toss-up, Belmont is my Cinderella pick this year, and I already explained why I like Alabama to beat Creighton. It also wouldn’t really be a shock if J’Covan Brown got hot and carried Texas to a win over Cincinnati, if South Florida slowed the game down and ground out a win against Temple, or if Ohio hung around with Michigan before stealing a win at the end. Sure, it’s unlikely that every one of these upsets will happen, but Friday’s games have a good chance to make up for Thursday’s lack of madness.

TBS’s commentators won’t mention the fact that Rick Majerus kind of looks like St. Louis’ mascot
I guess Majerus doesn’t have a pointy head or enormous ears, so maybe it’s not the best comparison. But he’s got fat cheeks like the billiken and I can’t see St. Louis’s logo without thinking of him, which is good enough for me to put him in my top five players or coaches who resemble their team’s mascot. That list, by the way, looks like this: