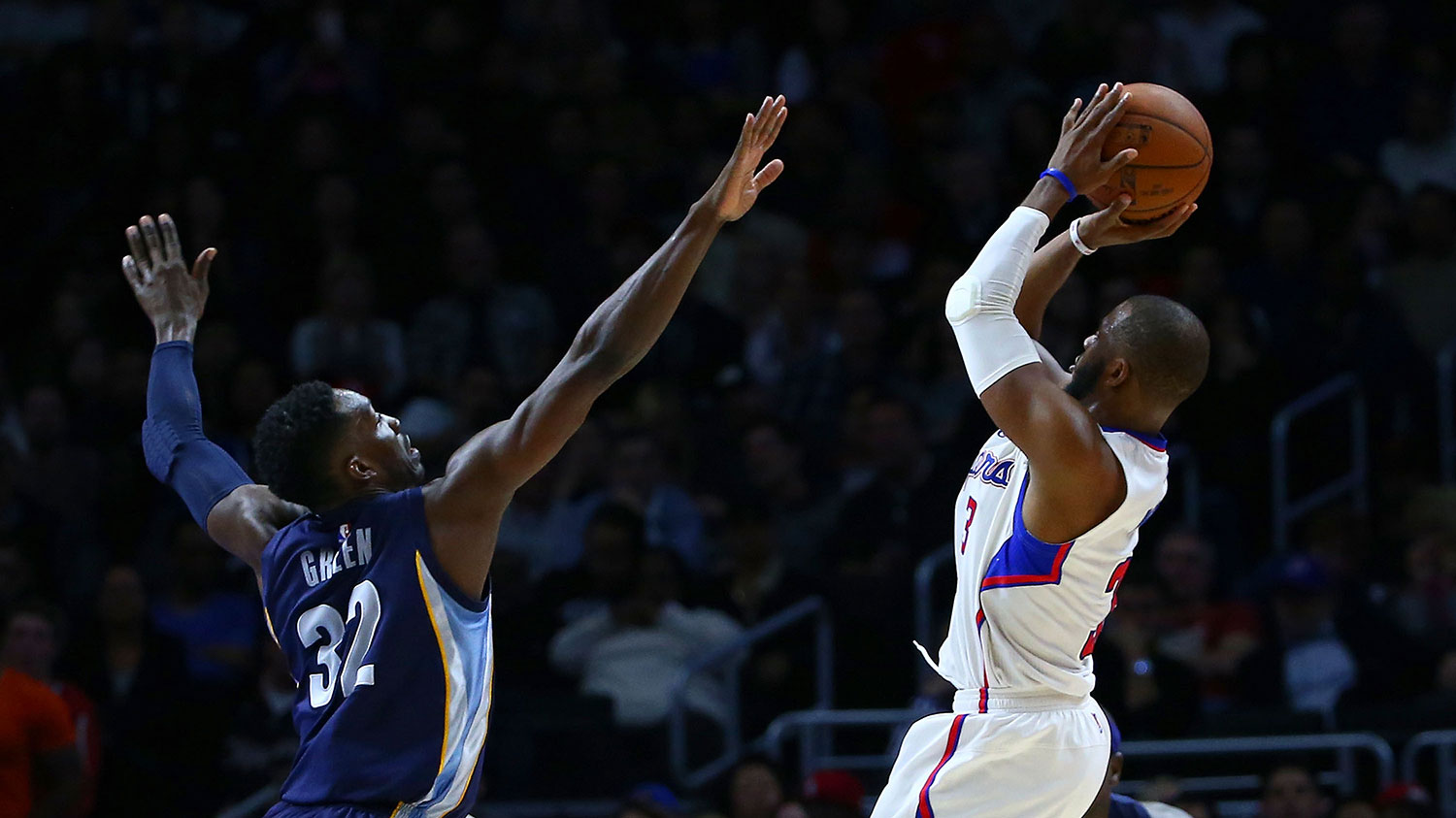 It’s February 19 at Staples Center. With the Clippers in possession and clinging to a late-game one-point lead against the Spurs, Los Angeles needs to both kill time and produce points. Fortunately, it has Chris Paul. As the game clock dips below 20 seconds, the point guard calmly dribbles out near half court. Then, with the shot clock getting closer to zero, Paul dribbles toward his happy spot, the right elbow. Everyone in the gym — including his defender, Manu Ginobili — knows he’s going to shoot. 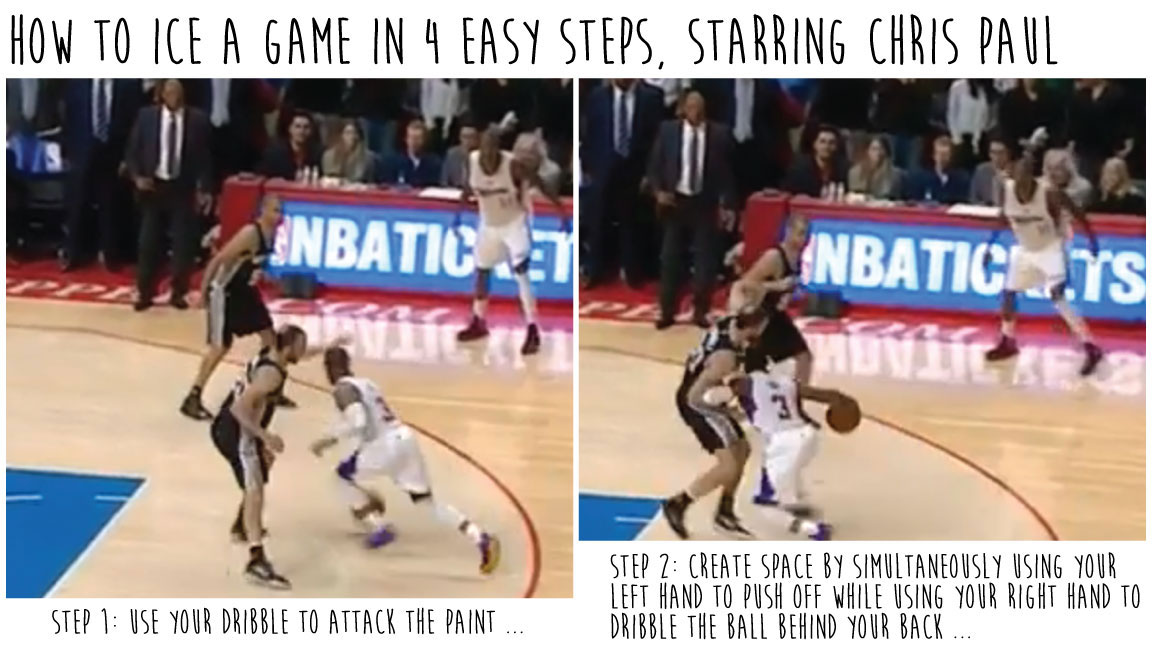 As Paul arrives at the elbow, Ginobili can’t be any tighter, but that’s a problem. Paul nudges the Argentine away with his left forearm and slips the ball behind his back with his right hand. And just like that he has all the space he needs to knock down one of the most reliable 16-foot jumpers in the league and ice the game. No assistance necessary. 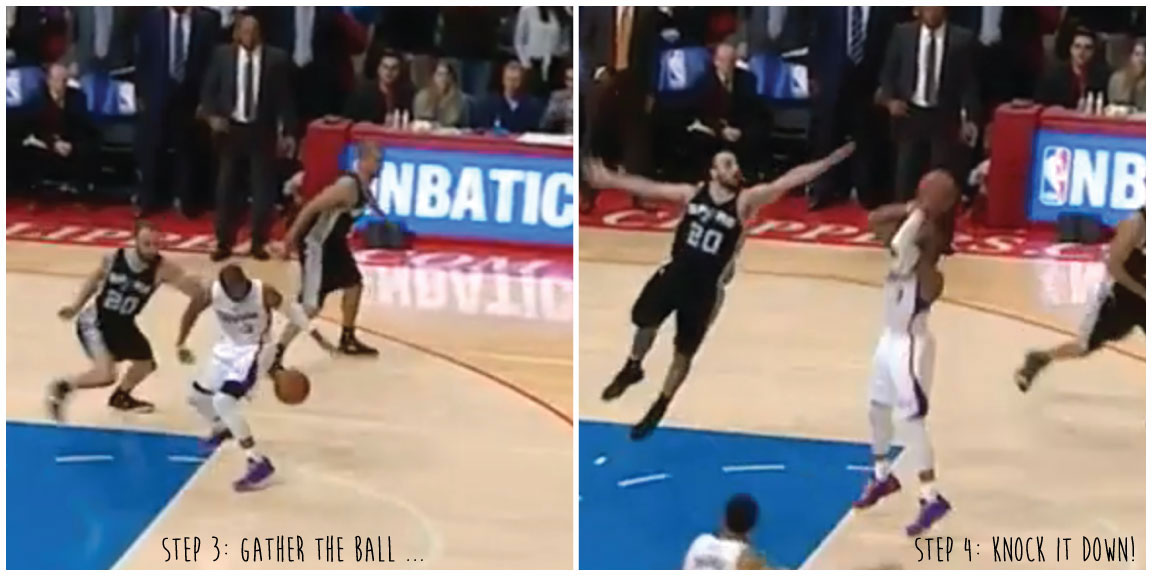 Paul isn’t just good at creating his own midrange buckets; he’s the best at it. To fully appreciate Chris Paul in 2015, you have to consider not only his Hall of Fame–worthy playmaking skills and defense, but the greatness of his less-heralded jump shot. It’s time to herald this shit, you guys.

It’s been a decade since the league legislated handchecking out of existence, and now guys like Kyrie Irving, Russell Westbrook, and Stephen Curry effortlessly blend driving, scoring, and playmaking in ways that would’ve been impossible in the Jordan era. But with all due respect to those ascendant young bucks reinventing the position, in March 2015 it’s still easy to argue that Paul is the best point guard on the planet.

The job description of the contemporary superstar NBA point guard is clear:

Again, Paul is one of the best shot creators in the business. While that’s easily represented by his currently leading the league in assists, let’s take a deeper look at what those assists are actually leading to. So far this season, 27 NBA players have scored at least 1,000 points, led by James Harden with 1,681. However, only five players have created more than 1,000 points via the assist: 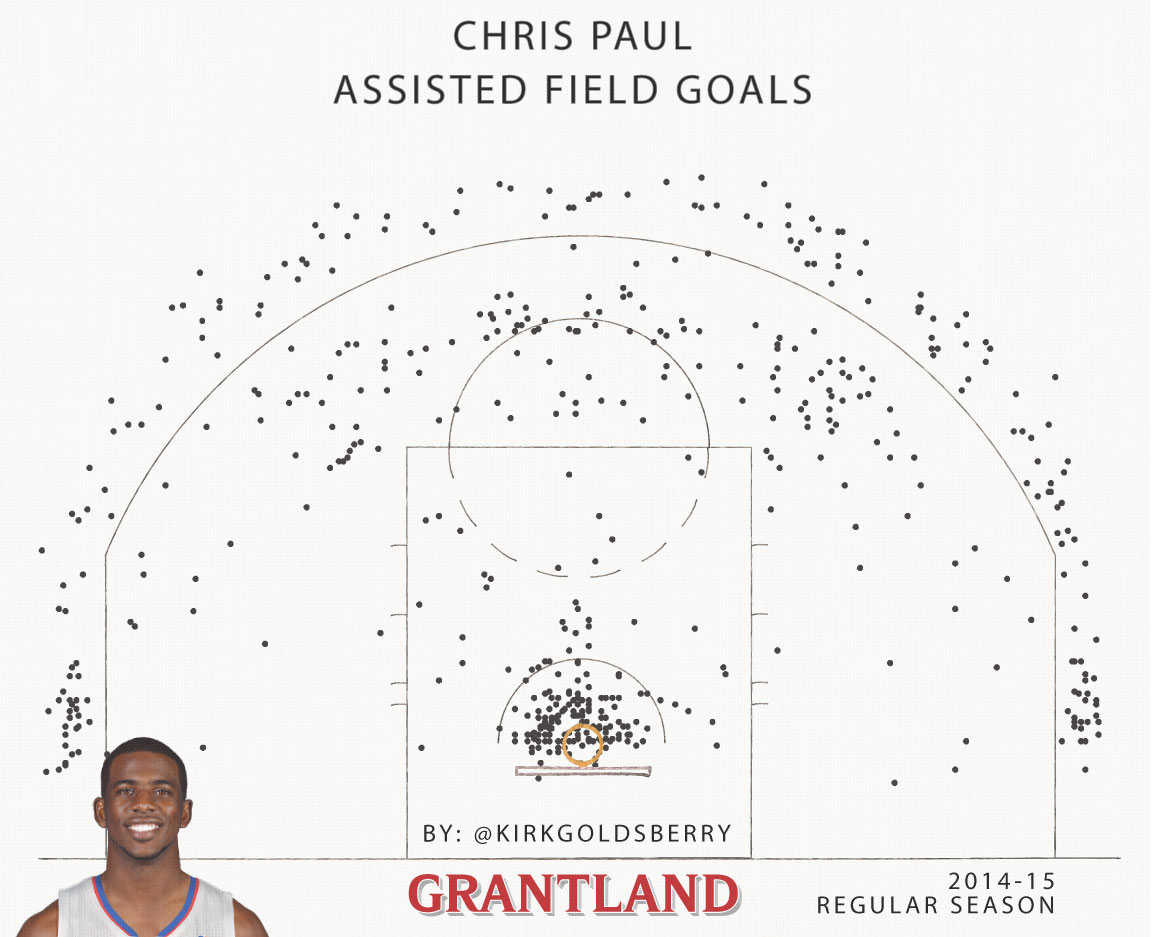 What’s more, when you consider combined points from field goals and assists, no player has been involved with more points than Paul — and much of that comes back to his lovable midrange jumper.

Paul has mastered the midrange jump shot. If you think that’s an overstatement, check this out: So far this season, 53 players have attempted at least 250 midrange shots. Of that group, Paul (51 percent) is the only one who’s converting at least half of those attempts. The next closest point guards make only 45 percent (Jarrett Jack and Mo Williams), and they haven’t attempted nearly as many midrange shots as Paul has. 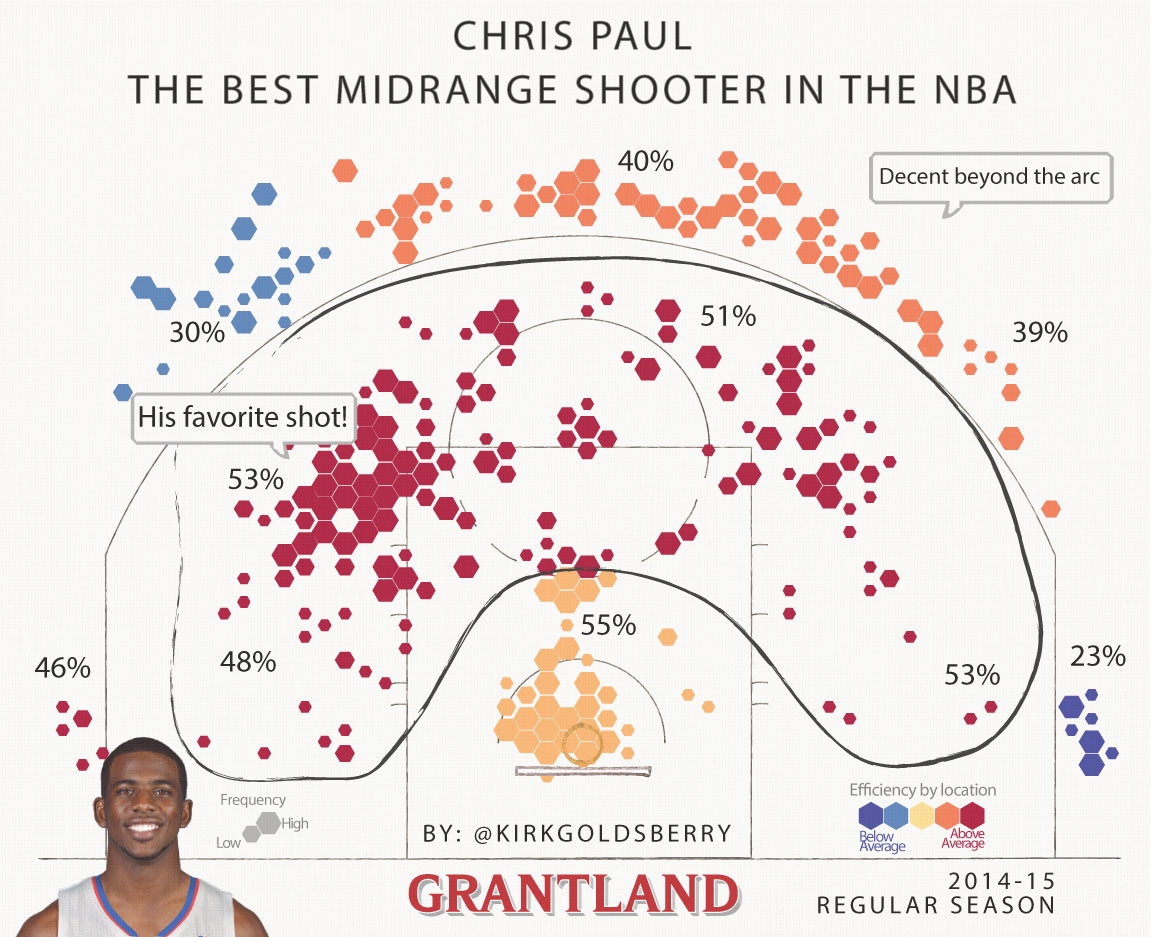 While this midrange production might seem anathema to current NBA trends, it’s the opposite: In a league that’s become enamored of the pick-and-roll, a point guard who can come off a screen and knock down a 17-foot jump shot keeps defenses honest. And nobody is better at it than Paul.

He is lights out anywhere around the free throw line, but as Ginobili found out last month, he’s especially outrageous from that right elbow. 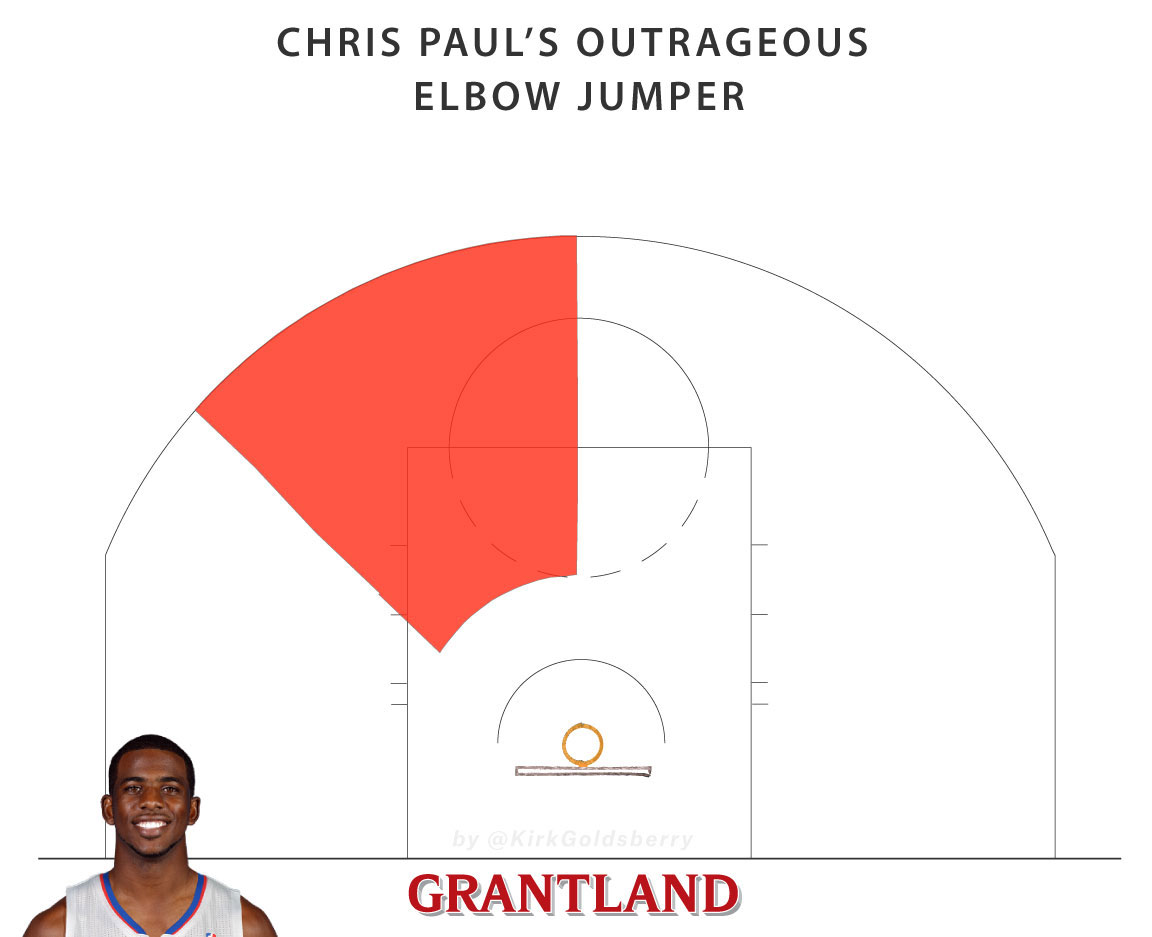 In addition to being the most accurate volume shooter in the league from the right elbow, he also leads the NBA in made shots from this zone. In other words, he blends volume and efficiency in ways nobody else can touch.

Oh, and he’s nearly as good from the other side. 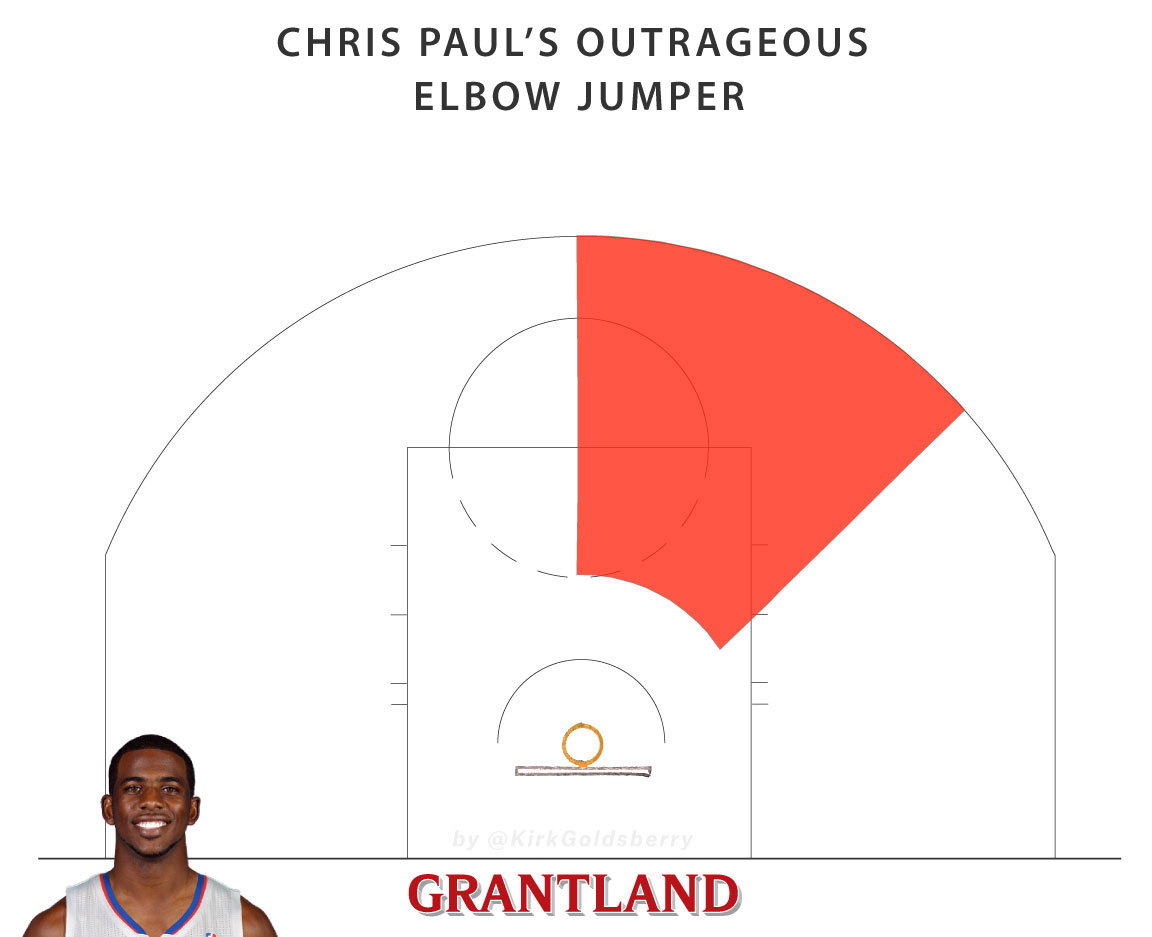 Everyone else on this list is a catch-and-shoot guy because, generally speaking, it’s easier to convert jumpers with your feet set than it is off the dribble. Paul’s putting up the same numbers with the added burden of creating his own shot.

When you compare Paul’s volume and efficiency numbers strictly against his peer group of shot-creating guards, he stands out even more.

No matter how you slice it, Paul is having a phenomenal year. He’s getting assists like Magic, draining midrange jumpers like Dirk, getting steals like Gary Payton, and he’s not even mentioned in most MVP conversations.

Among the pantheon of contemporary NBA superstars, the one tie that binds much of the league’s brightest talents together is an uncommon blend of size, athleticism, and basketball talent. LeBron is built like a tight end but can pass and handle like a much smaller player. Russell Westbrook looks like a running back but can jump out of the gym. Anthony Davis, well, he’s just a monster with a wet jumper. And then there’s Chris Paul, who’s equally as good, despite being shaped and sized like a relatively normal person.

Nobody blends playmaking, scoring, and defense as effectively as he does, and nowhere on the court is that work more evident than around the elbows. Paul won’t win the MVP this season, but that’s fine. He’s still the MVPG.

Man on a Wire: The Legacy of Dave Goldberg, NFL Beat Writer for the AP and One of Pro Football’s First ‘Insiders’