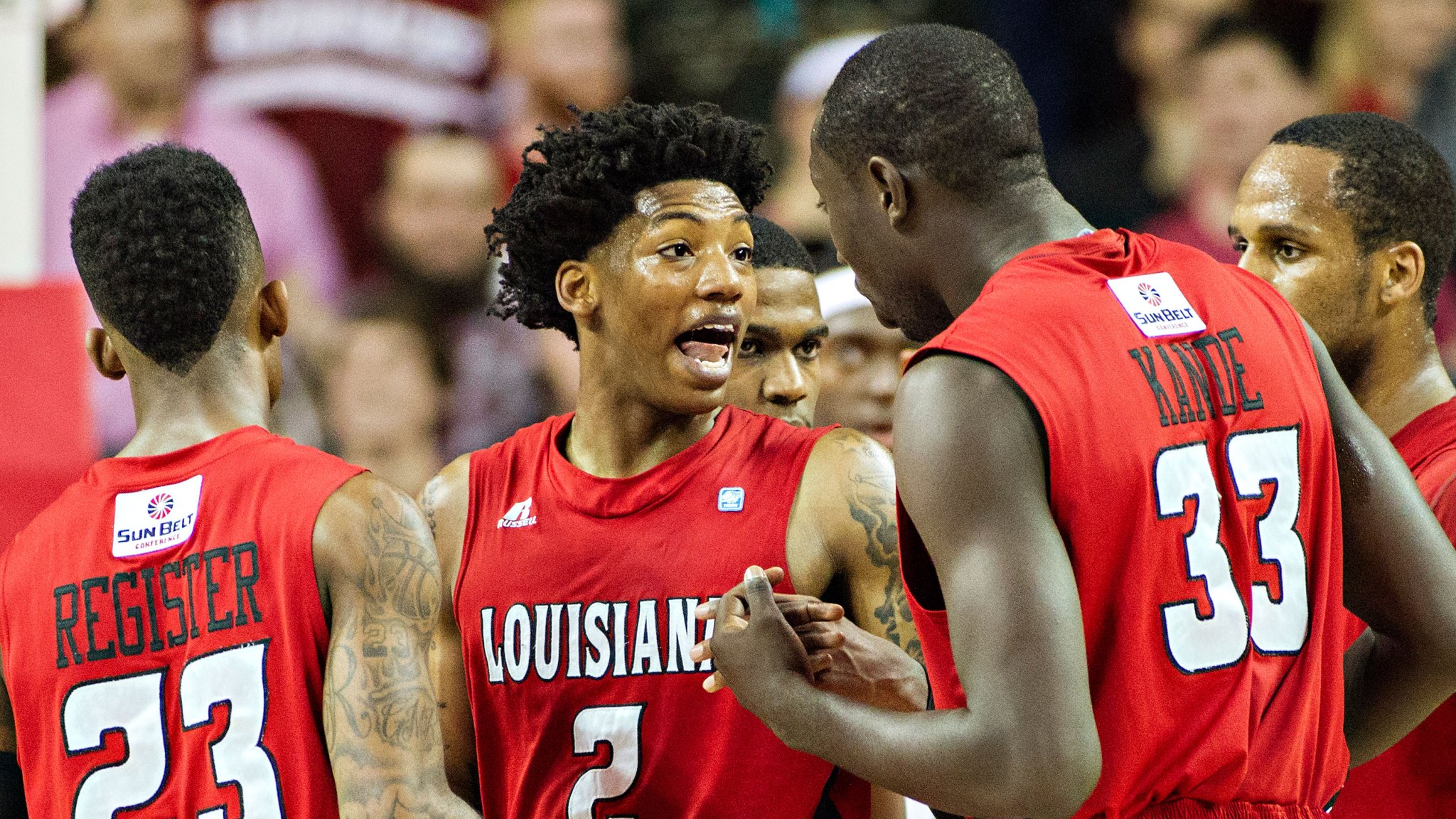 Welcome to the Triangle NCAA All-Stars! Every week, I’ll choose a handful of noteworthy players who share some intriguing quality and give them the shine they deserve. Sometimes the categories will be lighthearted (best left-handers), sometimes they’ll be less so (best shooters 6-foot-10 or taller), and sometimes they’ll be the most serious thing in the world (best mustaches).

Today, we kick things off by taking a look at four huge individual performances in conference play that went under the national radar.

I can list about 27 Division I schools in Louisiana off the top of my head, which makes it difficult to keep track which Louisiana schools hate each other. But from what I can gather, Lafayette and Monroe are each other’s biggest rivals. In that case, Payton’s performance against the Warhawks might the single best game in college basketball this season, as he finished with 34 points, 11 rebounds, and 11 assists in a double-overtime loss. Critics might discredit Payton’s triple-double since he played 48 minutes and had eight extra minutes to rack up stats. I look at it a different way: Payton played all but two minutes in a double-overtime rivalry game and carried Lafayette until the final buzzer. I’m not sure I could walk on a treadmill for 48 minutes without passing out, so for Payton to put up a triple-double while scoring or assisting on Lafayette’s final 14 points of the game is remarkable.

(By the way, here’s a fun fact I came across while reading about this game: UL-Monroe has a freshman guard named Nick Coppola. If that sounds familiar, it’s probably because Nicolas Cage’s real last name is Coppola and he was actually credited as “Nicolas Coppola” in Fast Times at Ridgemont High. Also, Cage has some well-documented ties to New Orleans. I guess what I’m saying here is that Nicolas Cage plays basketball for UL-Monroe and you can’t convince me otherwise.)

Mason’s full name is Zaccheus but he goes by Z. Perhaps this is because Mason doesn’t want to be known as the guy named after the Biblical character Zacchaeus, who was a corrupt tax collector famous for being short and climbing a tree to see a parade. He might prefer to be known as the guy who leads the Mocs in scoring and rebounding by a wide margin and who has five double-doubles this season. He already had a 41-point, 12-rebound performance in a December game against not-even-NAIA Hiwassee College. But it was Mason’s game against The Citadel that has elevated him to be the biggest threat to Western Carolina’s Trey Sumler for the Southern Conference player of the year. He finished that game with 30 points and 14 rebounds, assisted the go-ahead basket with less than a minute to play, and hit two huge free throws with seven seconds left to ice an 82-78 win for Chattanooga. Not much was expected of Chattanooga this season, but right now the Mocs sit atop the SoCon standings and Mason is a big reason why.

Like Payton, Baron’s stats against Rider were inflated by playing 48 minutes in a double-overtime game. But once again, I’m no less impressed by what he managed to achieve. Baron finished with 38 points, seven rebounds, and seven assists, and shot 58 percent from the field as a 6-foot-2 guard. Baron also took over the game in crunch time. He scored Canisius’s last four points of regulation, its last three points of the first overtime, and its last 11 points of the second overtime. In the final minute of regulation and the final minute of both overtimes, Baron scored 11 of his 38 points.

For an encore he put up 26 points, eight rebounds, and six assists against Monmouth on Sunday. Canisius and Iona are currently a half-game behind Manhattan for first place in the MAAC, and the Griffins play the Gaels (that means Canisius plays Iona for anyone who isn’t well-versed in MAAC nicknames) on ESPNU tonight at 9 p.m. ET. Between Iona having one of the best offenses in college basketball and Canisius’s one-man show, it should be a fun night.

Another clutch performance! Perry led Youngstown State with 31 points in a win over Cleveland State on Monday. Unlike the others on this list, Perry was pretty one-dimensional — he only had three rebounds and three assists. However, he took clutch to a completely new level. Perry scored the Penguins’ final 12 points, with five of those coming in the last 38 seconds. The free throw he made to complete a three-point play with 26 seconds left proved to be the difference in Youngstown State’s 67-66 win, and — this is pretty unbelievable — he was the only Penguin to score in the final nine minutes of the game. Yes, you read that right. He was the only Youngstown State player to score in what was basically the entire fourth quarter. The game is still on ESPN3, so if seeing someone channel 2007 Eastern Conference finals Game 5 LeBron interests you, check it out.

CourtVision: Everything You Think You Know About Rondo's Shooting Is Wrong

"'I [told him about a] Russian writer — it's Mikhail Bulgakov — who said, "Don't read Soviet papers before breakfast,"’ Prokhorov said, quoting Bulgakov's 'Heart of a Dog.' 'In other words, I said don't pay any attention [to] what [the media is] writing about you.'"