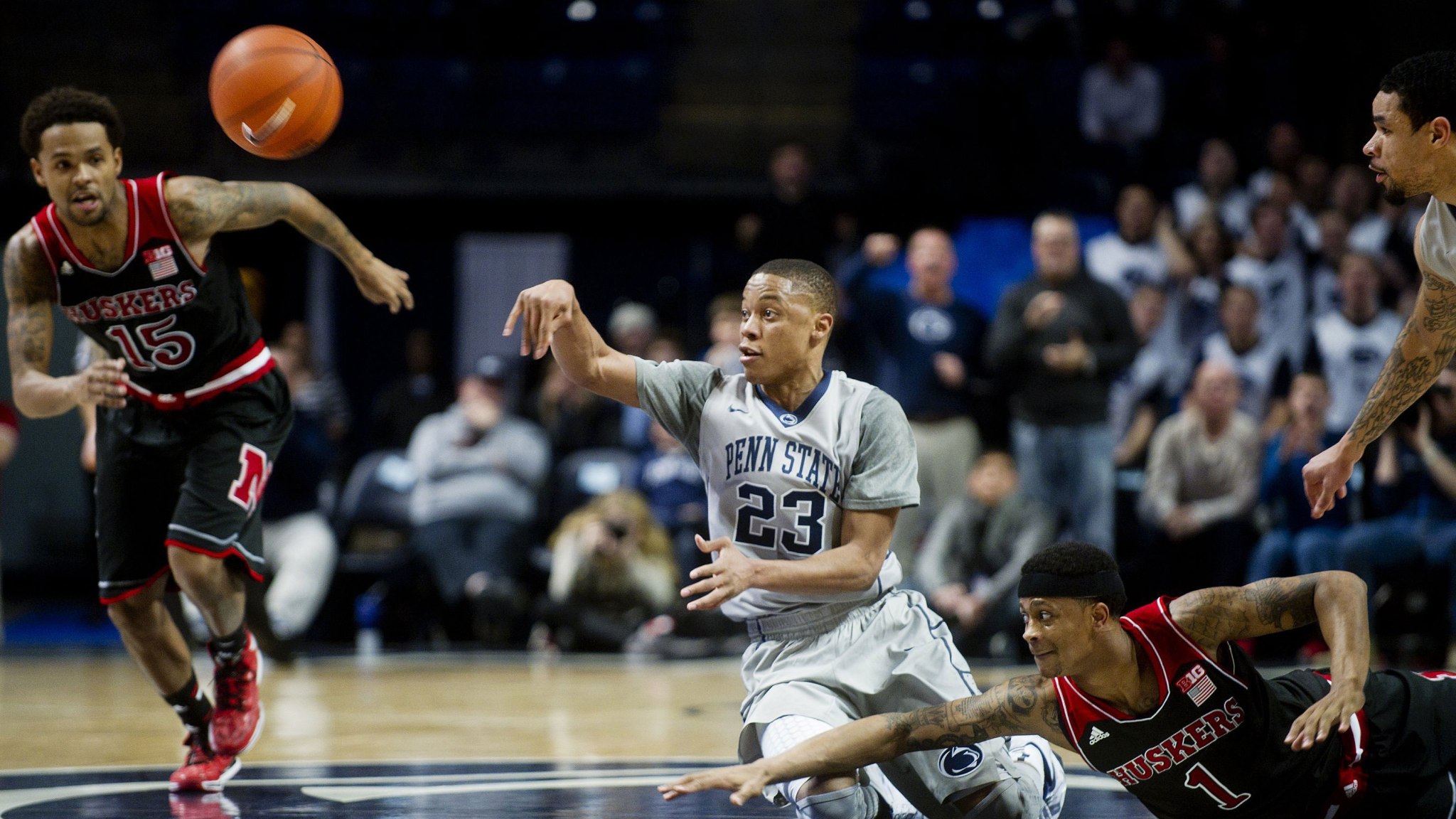 Michael Jordan in Space Jam, Benny “The Jet” Rodriguez in The Sandlot, Icebox in Little Giants, and Jimmy Chitwood in Hoosiers all had one thing in common. Can you guess? It’s not that they were all sucked into a golf hole by a cartoon magnet and forced to play a basketball game against aliens so the Looney Tunes wouldn’t get kidnapped. That was just Jordan. No, the thing all those athletes have in common is that they were legendary players stuck on terrible teams.

(To the people who will inevitably complain that those teams weren’t terrible: I know Jordan had Lola, the Jet had Ham, Icebox had Junior, and Jimmy had Flatch. But come on — you can’t deny that the premise of all those movies is that a ragtag group rallied behind their star player. Take the star away and all those teams finish 10 games below .500. This is a fact.)

Anyway, with these classic movies serving as inspiration, today the Triangle All-Stars salute the best players on the worst power-conference teams.

There are few things worse than sports statistics based on arbitrary milestones to make it seem like a player is historically great. You know what I’m talking about: Aaron Craft is the only player in Big Ten history with at least 1,165 points, 632 assists, 437 rebounds, and 298 steals in his career. It’s as if we’re supposed to think he’s better than Calbert Cheaney since Cheaney only had 117 steals. You could look at my career numbers and tag a bunch of qualifiers on them to turn me into the only person in Big Ten history with a certain stat line, too.

Anyway, I bring this up because I will try to avoid falling into the same trap here: Of all the players in college basketball averaging as many assists as Tim Frazier, only Marshall’s Kareem Canty is averaging more points. In other words, few players account for as large a portion of their team’s offense as Frazier does. If you watched Penn State’s overtime win at Ohio State on Wednesday, you probably saw D.J. Newbill dominate the Buckeyes while Frazier made a few boneheaded plays down the stretch (missed two big free throws and fouled a 3-point shooter). Don’t be fooled by this. Newbill is having a great year, but he is not the Nittany Lions’ best player. Frazier is the heart and soul of Penn State basketball, and he has been for years. But despite Frazier stuffing the stat sheet for most of his time in Happy Valley, he has only played in one postseason game in his career, which makes him captain of the Great Players on Bad Teams All-Stars. 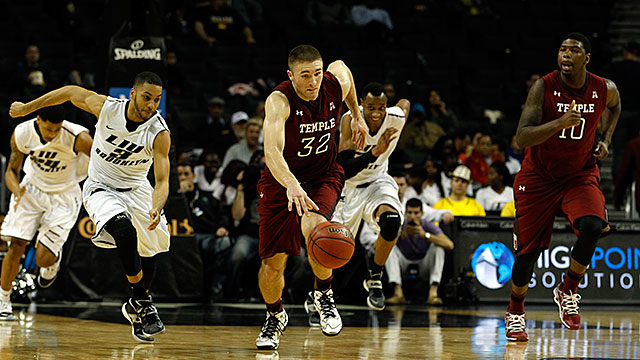 Temple won its first conference game Wednesday and the Owls are just 6-13 on the season, but it’s hard to blame Dalton Pepper. He leads the team in scoring (18 points per game) and steals, he’s second in rebounds and assists, and he’s far and away the best shooter on the roster. Guys like Casey Prather, Ron Baker, Trevor Cooney, and Nik Stauskas get all sorts of attention for being the most improved players in college basketball, but if you focus on individual stats instead of team success, Pepper is blowing those guys out of the water. Just look at his stat line last year compared with this season.

A big factor in Pepper’s statistical jump is that Temple had a much more talented and experienced team last season, led by king of the “old man game” Khalif Wyatt. Pepper played a small role for that team because he was in his first year after transferring from West Virginia. Still, every year several college basketball players are asked to step up after their teams get gutted by graduating seniors, transfers, and early entrants to the NBA draft, and hardly any of those players make the kind of leap Pepper has. 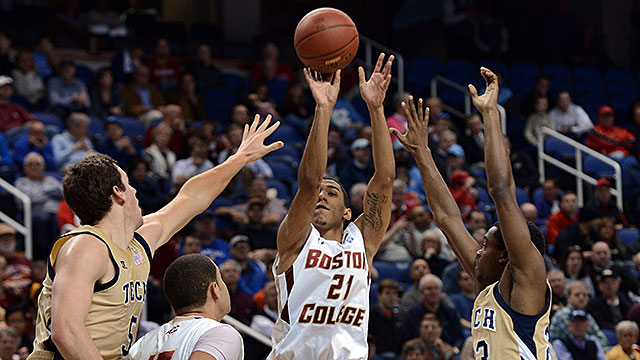 Boston College is ahead of Notre Dame and defending ACC champion Miami in the conference standings, but the Eagles are 6-14 overall and both of their conference wins came against Virginia Tech. Meanwhile, Olivier Hanlan is third in the ACC at 18.6 points per game and he’s second on his team in both rebounding and assists. He shoots eight free throws a game, he scored 38 points in a game earlier this season, and he has reached double digits in his last 11 games.

To be fair to the other guys on this list, however, there’s a significant amount of bad that comes with all the good Hanlan produces. He averages almost three turnovers a game. He takes almost six 3s a game, despite being a 32.5 percent 3-point shooter. He has a history of struggling in big spots, like how he went 0-for-5 from 3 against Syracuse when the rest of the Eagles were on fire and giving the Orange all they could handle. Or like how he scored 27 points against Clemson but missed the first of two free throws with a second left and his team down by two. Or like how he blew a relatively easy game-tying layup with 10 seconds left against UConn. But given how much he’s expected to do for BC, it’s hard to fault him too much. 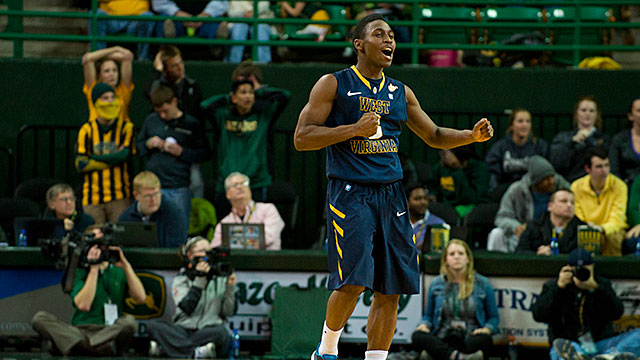 I should preface this by saying that while West Virginia almost certainly won’t make the NCAA tournament, the Mountaineers aren’t terrible. Still, I’m including Staten because his team is an afterthought and he deserves some serious recognition. Remember earlier how I manipulated the stats criteria to make Frazier look like he means more to his team than almost every other player in the country? Well, the reason I included only “people who are averaging as many assists as Frazier” instead of “players averaging at least six assists” is because then I’d have had to include Staten, and Staten’s numbers are even better than Frazier’s. Staten averages slightly fewer assists than Frazier (6.0 to Frazier’s 6.4), but he’s scoring 17.2 points and pulling down 5.9 rebounds per game (which is insane for a 6-foot-1 point guard), and he’s shooting considerably better than Frazier on 3-point attempts and on field goals in general. Staten is also averaging one fewer turnover and foul per game than Frazier.

Oh and there’s this: In the past week alone, Staten outplayed Marcus Smart in Stillwater and hit the game-winning layup to beat Baylor in Waco. Not bad for a guy whose name some Big 12 fans probably still don’t know.