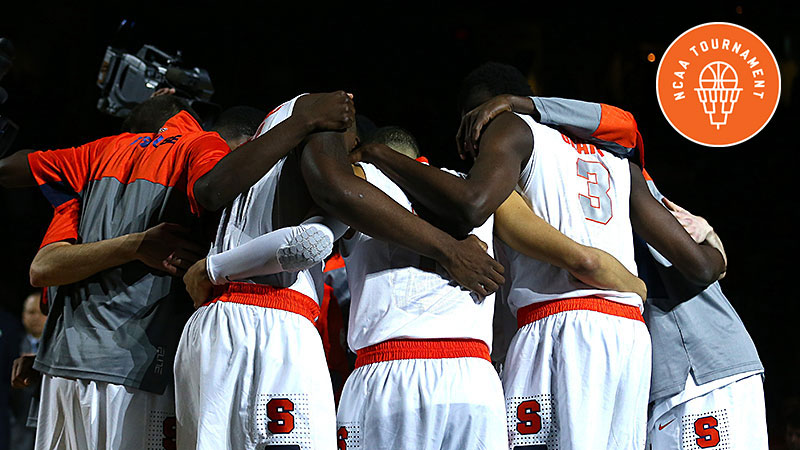 I can’t put into words how excited I get for the first Thursday of the NCAA tournament, so I’ll let Ben McLemore, Chase Tapley, and Jim Larranaga express it for me.

We have no idea what’s about to happen. That’s why the NCAA tournament is the best sporting event in the world. Well, that’s not entirely true. Some things we can predict. I know for certain that the following five things will happen today, so if you have a problem with spoilers, turn back now. As for the rest of you, feel free to bet your life savings on the following occurrences, because I GUA-RAN-TEE them.

I have both teams in the Final Four. So does nearly everyone I know. Nate Silver’s projections have them each in the Final Four. The cumulative bracket made from all the brackets on ESPN’s Tournament Challenge has them in the Final Four. Even President Barack Obama, college basketball guru, has the Spartans and the Cardinals meeting in the national title game. Both teams are playing by far their best basketball of the season, and they’re showing why they were each ranked in the top three of the preseason poll. Everything is turning up Louisville and Michigan State right now … which is why you can bank on one of them making us panic before the first full day of games is finished. I’m not saying either of these teams will be upset, or even that their games will come down to the wire. All I’m saying is that one of these teams will win by single digits, which will make all of us question just what the hell we were thinking by picking them to cruise to the Final Four.

Both Miller brothers have been assistant coaches under Matta, but Sean is the only one who has faced Matta in an NCAA tournament game. Both of those games came down to the final shot in regulation. In 2007, Miller’s Xavier team was a Justin Cage free throw away from icing a second-round win over 1-seed Ohio State. But Cage missed, Mike Conley raced the ball up the floor, pitched it to Ron Lewis, and Gus Johnson’s head exploded as Lewis sent the game to OT, where the Buckeyes won. Last season, after an 11-point first-half Arizona lead turned into a 10-point second-half Ohio State lead, the Cats came charging back to tie the game with 21 seconds left, only to have LaQuinton Ross drive a stake through their hearts. My guess is that at some point during the Ohio State–Dayton game, CBS will show Ross’s shot (and maybe even Lewis’s), and one of the announcers will say something along the lines of, “Hopefully Archie has better luck against his former boss than his brother did!”

Syracuse vs. Western Michigan will be the best game of the day

Let’s see — Syracuse has lost five of its last seven; Western Michigan has won 12 of its last 13. Syracuse struggles to score; Western Michigan is 52nd in the country in field goal percentage defense. Syracuse plays nothing but 2-3 zone; Western Michigan has a great big man who can cause problems down low (Shayne Whittington), a couple of big bodies who can operate in the high post (Connar Tava, Tucker Haymond), a knock-down shooter (Austin Richie), and a senior leader who’s been playing out of his mind lately (David Brown). Syracuse’s defense forces a ton of turnovers and the Broncos average 14 turnovers a game, which probably plays a big part in the Orange being favored by 13. But given the way each team has been playing and that Western Michigan is led by a couple of senior studs, I’d be surprised if this doesn’t turn out to be a close game.

Commentators will say North Carolina State is “tired” if the Wolfpack doesn’t play well against Saint Louis, or they’ll say NC State “had a chance to work off the jitters” if they do play well

This is like the reverse of the bye cliché, where commentators say teams coming off a bye are “rusty” if they don’t play well or “rested” if they do. Whatever the case, we’ll be reminded throughout the Saint Louis–NC State game that the Wolfpack had to win a play-in game Tuesday night in Dayton. Actually, you know what? That’s 100 percent guaranteed to happen, meaning this isn’t much of a prediction. So I’ll take it one step further — whoever is calling the Saint Louis–NC State game will contradict themselves and say both things about the Pack. NC State will start off hot (“they got to work off their jitters”) or cold (“tired”), and as Saint Louis makes a comeback or lets a big lead slip away in the second half, the commentators will use the cliché they didn’t use in the first half.

If there’s one bad thing about March Madness, it’s having to listen to Charles Barkley pretend he has followed college basketball all season. But if there are two bad things about March Madness, they are that, plus the tradition of airing the same six commercials again and again for the entire three weeks of the tournament. Oh, did I mention that these ads are always awful? Assuming this isn’t your first NCAA tournament, you know you’re about to get a heavy dose of NAPA’s “we know you hate us, so we’re just going to embrace it and try to make you hate us more” marketing strategy. Knowing this, picking NAPA to emerge as the most annoying commercial would be the safe pick, like choosing Florida or Arizona to win it all. But the 19 of us who watched the play-in games this week already know an upset is on the horizon. That’s because the commercial that will follow in the footsteps of “This is oooouuuurrrr country” and “IT STARTED WITH A  WHISPER” isn’t a NAPA commercial, or even an LG or Buick commercial, for that matter. No, this year’s big winner is Dish Network.

I’m not going to link to said commercial because I’m convinced that every time you watch it, you lose a piece of your soul. Just know that Dish Network came to play this year, and you’re a few hours away from wanting to buy a stuffed kangaroo just so you can let your dog rip it to shreds.