Is It in You? Hell Yes, Gatorade Is in You

These are the five best Gatorade flavors:

3. Lemon-Lime: It ranks this high mostly on account of the weight it carries historically, with it being the original flavor and whatnot, like how people mention George Mikan with the best NBA centers ever even though he’d get dusted by basically any center considered marquee who played after him. (Mikan retired before Bill Russell’s first year in the league, and I don’t imagine that was a coincidence.)

4. Glacier Freeze: What a lot of people don’t know is that the captain of the Titanic actually drove that ship straight into the iceberg because he thought it was a Glacier Freeze Gatorade.

Gatorade is 50 years old this year. That’s neat. Gatorade as a drink is wonderful. Just as much fun, though, is Gatorade as a pop culture entity, mostly in regard to the commercials the company has made. This is one of its first, from 1969:

This was back before athletes were brands, which is easy to tell because the commercial is anchored by baseball teams rather than baseball players. The script is very matter of fact:

Narrator: This is Gatorade, the greatest thirst quencher ever made.

And on and on. Two things are funny (to me) about this: First, this was 1969, so it’s just real easy to imagine a version that played like this getting cut right before airing:

Narrator: This is Gatorade, the greatest thirst quencher ever made.

Dissenter: [Angrily.] Fine. I get it. But tell me how it’s going to help get all of these minorities back out of baseball.

The second thing that’s funny is that the commercial that came on directly before this one (at least in this particular commercial block) was one encouraging people to smoke because cigarettes taste good and smell good. Here’s the full clip:

I’m surprised Tipalet wasn’t able to overtake Marlboro, what with its cherry-flavored cigarettes and all.

Let’s jump ahead a bit. Here’s a Gatorade commercial from the ’80s. It’s a bit dull.

The only very interesting part of this one is the 0:17 mark: 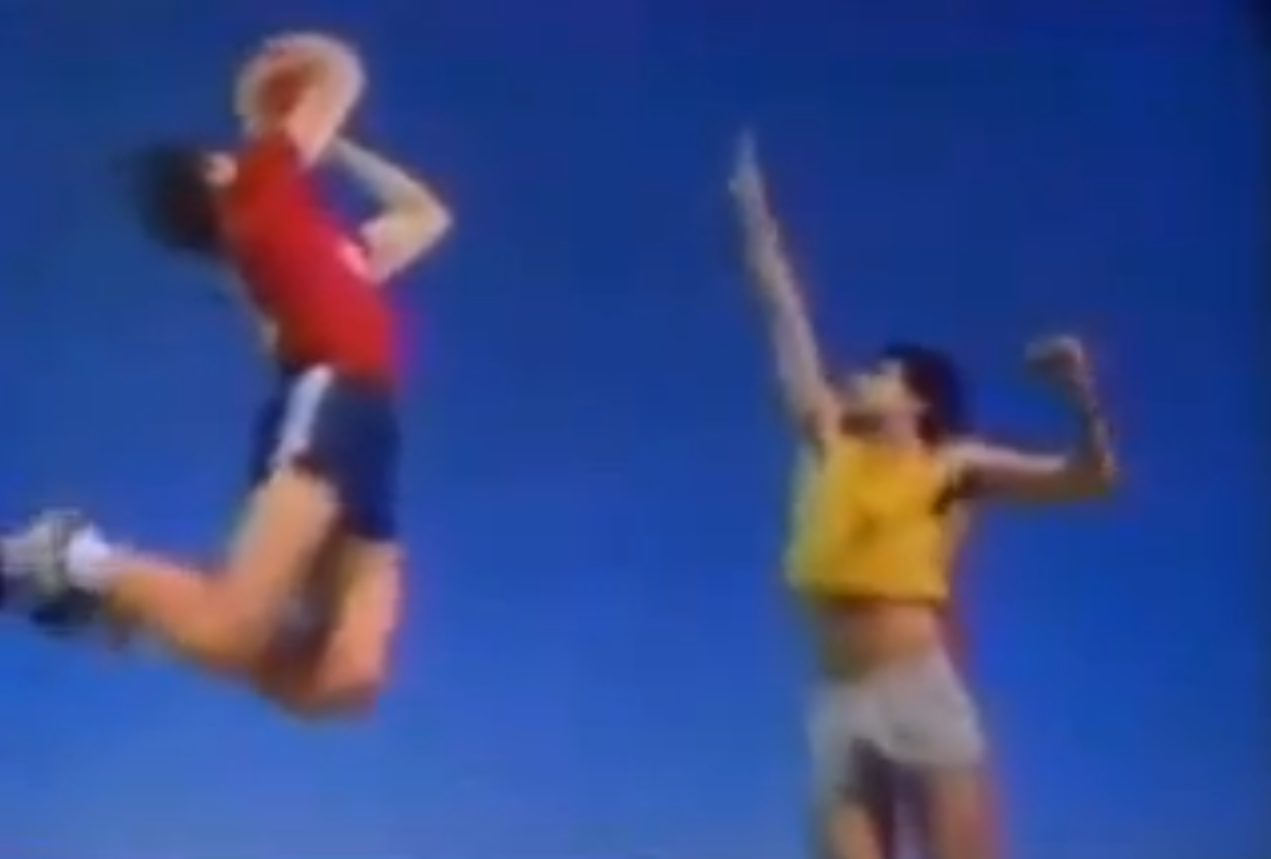 It started out well enough (the guy with ball is about 11 feet up in the air), but I need to meet the coach who told this poor kid that the best way to shoot a jumper is to “bend your spine back as far as it can — really, really crank it. You want it to look a capital letter ‘C’ but turned the other way. And then just throw the ball straight up into the air. Like, I mean straight up.” They played basketball weird in the ’80s.

Gatorade got its shit together in the ’90s and started making cool commercials. There are a bunch we could show you here, but there’s only one that was truly iconic:

It’s still the greatest Gatorade commercial of all time, and I can’t imagine a scenario in which anything could ever be better. Jordan was becoming the biggest athlete in the world and also stepping into what would become one of basketball’s most influential and revered eras. And this came the same year he won his first championship, too. (Gatorade had started working on it before he actually won, so its bet had been made.) It really was epochal, and it engineered what Gatorade would come to represent creatively.

These are the five best Gatorade commercial tropes:

1. The one where the guy slams the Gatorade bottle down because he doesn’t have time to set it down gently because he fucking has to get back to work immediately and so it splashes all over.

I don’t know that I’ve ever been as enthusiastic about anything as guys in Gatorade commercials are about getting back to working out. Working out is the pits. One time I accidentally did four push-ups trying to get off the couch, so I immediately went and ate 36 Bagel Bites so my body wouldn’t start to think I’d decided we were going to become a guy who works out.

2. The one where the guy has been working out so hard (or playing so hard) that he drinks the Gatorade with such urgency that it spills all over him.

This is a variation of the first trope. (Semi-related: What ever ended up happening with Ben Wallace? Is he still alive? Does he still have his Afro? Is he still playing defense? Help me, please.)

3. The one where the guy kneels over with his hands on his knees to take a breather.

This almost always precedes more working out or more playing. I’ve actually done this pose a few times, but mostly because I dropped some M&Ms on the floor and I want them back. I’m like a goddamn Navy SEAL with M&Ms, bro. I’m not leaving any men behind.

4. The one where the guy has a moment of introspection and reflection.

Kevin Durant’s is the all-time greatest shot in this trope. Every time I watch it I’m like, “Kevin Durant needs to win 1,000 NBA championships, please Lord.”

5. The one where the guy works out very hard all alone.

That’s real discipline. I’ll never know this sort of drive. That’s so sad. I gotta call my dad and apologize to him.

While I was working on this I sent out about 50 texts and messages to other writers and humans who’ve played sports and asked them for their favorite Gatorade commercials and moments and things of that nature. A bunch mentioned the Old Jordan vs. Young Jordan commercial, and that made sense because it really was (and still is) great to watch. A few mentioned the soccer game one, and I was sad more people didn’t because it really is great art. There was the one where Gatorade changed the outcomes of some transcendent sports highlights. The recent Sweat It to Get It campaign was even mentioned. And the Dwyane Wade Good vs. Evil spot was in there, too, and I was happy about that because it still makes me laugh when I watch it, and I’ve watched it on YouTube 500,000 times.1 But none of those make it into Gatorade’s Top Three. Be Like Mike is the first. The third:

When the ballboy was caught pouring Gatorade into a Powerade bottle during the Cavs-Knicks game earlier this year:

And the second: The perfect and delicious outtakes of Jordan going through all the different ways to say, “Gatorade, is it in you?”: