Heavy Are the Arms That Lift the Cup 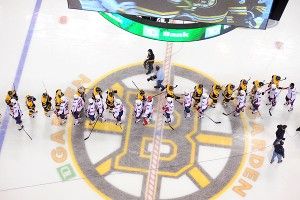