Group of Fairness: How the World Cup Would Look With Straight Seeding 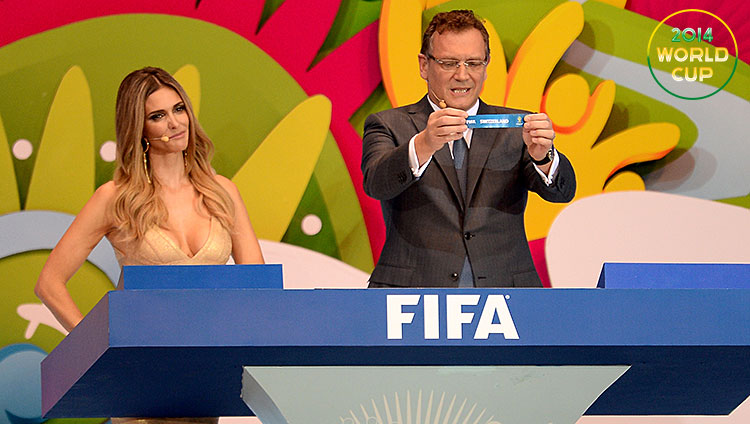 The way FIFA structures the most important sports tournament on the planet makes no sense. Its chosen method elevates randomness over fairness, and in some ways the randomness associated with grouping is the most influential determinant of who wins and loses the World Cup. I’m not sure it should be that way.

The result of the current drawing method is an imbalance of comical proportions. Perhaps the simplest route to fairness would be seeding every qualifying team in the tournament according to their place within the October 2013 rankings that FIFA used to determine the “pots” at the core of its scheme.

Here are the current groups, and each nation’s seed using such an approach. Spain would be the no. 1 seed, the U.S. would be no. 13, and Cameroon would be the 32nd seed.

From this we can quickly expose the imbalances inherent with that official process and assess the overall “fairness” of each group. 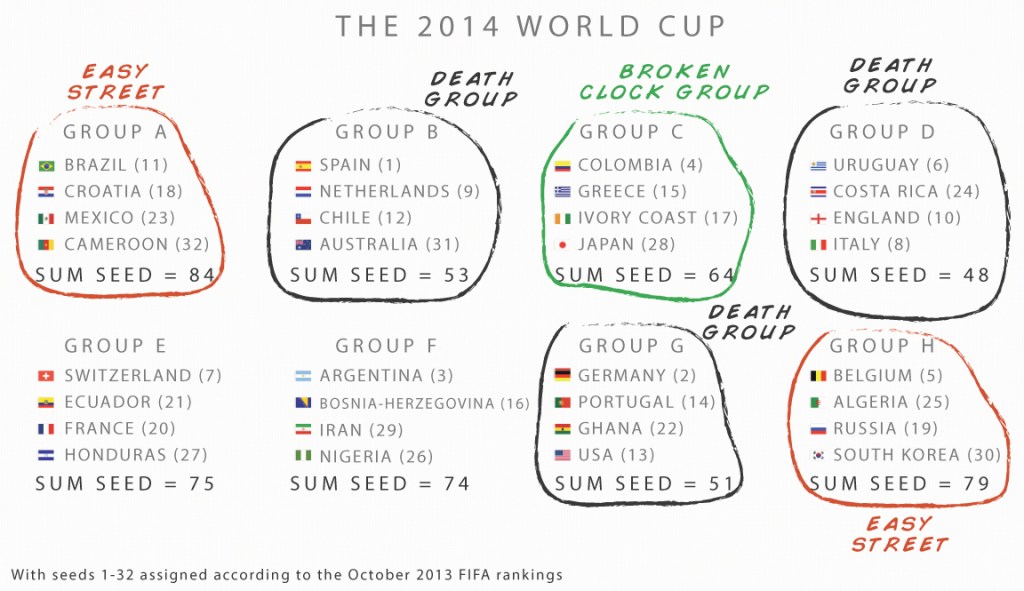 In a balanced 32-seed system, eight groups of four teams should each possess the sum seed of 66. Through that lens, looking at that current set of groups again, it’s easy to identify which groups are the most wonky. Some skew easy, some skew toward “death.” Group C is actually really balanced — a good team, a couple of middling teams, and a lower seed. But even a broken clock is right twice a day, and you can easily argue that all seven other groups are tilted one way or the other.

The consequences of this needlessly fickle approach is that some teams are gifted easy paths to the knockout stage, while others face unnecessary obstacles. Teams like Spain and Germany, who enter the tournament as top seeds, are inadequately rewarded. But ultimately the biggest drawback to the current seeding system is that the tournament isn’t as competitive as it could be.

Using these same 32 seeds, here’s one way (of many) to fix it: Throw out the ridiculously imprudent “pot system” and its accompanying lottery draw and just use basic seeding arithmetic to build eight balanced groups.

Not only does this alleviate the “group of death” baloney, it also rewards teams like Spain and Germany for being great while simultaneously setting the stage for a better round of 16.

Here’s what it would do this year: 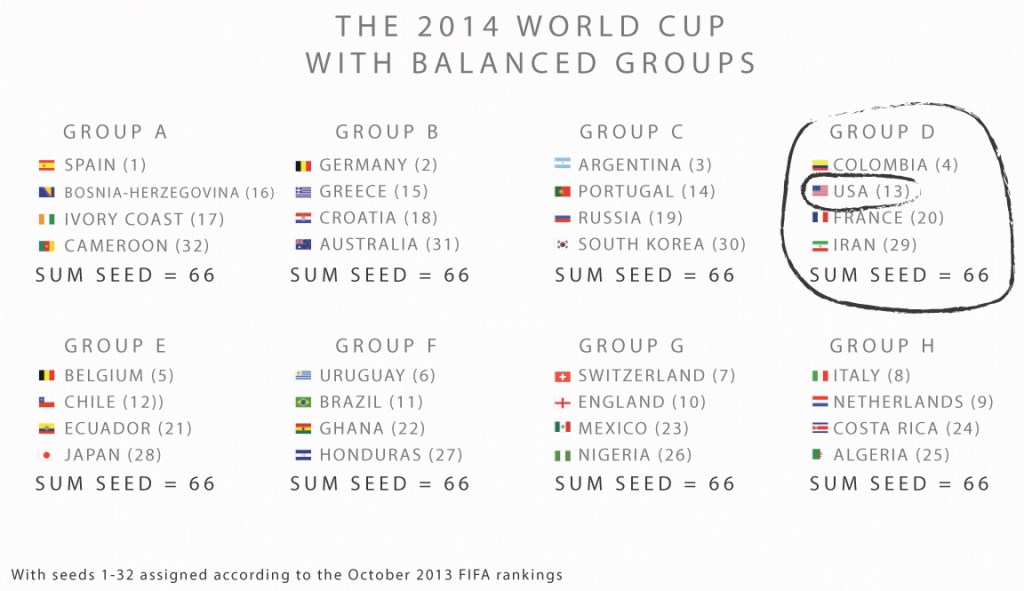 I’m not pretending to be an authority on this matter; in fact, doing research for this, I was totally unsurprised to find several similar and more thorough ideas out there — most notably this one from the New York Times and French mathematician Julien Guyon. However, even that clever solution still bows to antiquated geographic caveats, and also includes randomness.

Given the stakes and symbolism of this grand tourney, fairness should trump all. The assignment of groups should be chiefly guided by evenhandedness.

A cold, boring, and numerical approach to blueprinting the World Cup is both more logical and simpler than the current method. Oh, and it’s competitively superior. Yes, in some cases, this approach may result in groups that skew toward one continent or another, but aren’t those rivalries valuable as well? What’s the point of eliminating regionalism from the groups anyway? Would a Mexico-USA World Cup match be terrible?

Now FIFA may have bigger fish to fry, exploit, or embezzle. I understand that. But from a competitive standpoint, fixing the current grouping and seeding of the tournament represents one low-hanging way to improve its image and its flagship tournament. Every four years the world comes together to play a wonderful tournament, but every four years a few countries get unnecessarily screwed in the draw. It doesn’t have to be that way; at least, it doesn’t have to be as blatant.