Fantastic Four-Day ATMs: An Ode to the (Increasingly Obsolete) Conference Tournaments on the Eve of March Madness 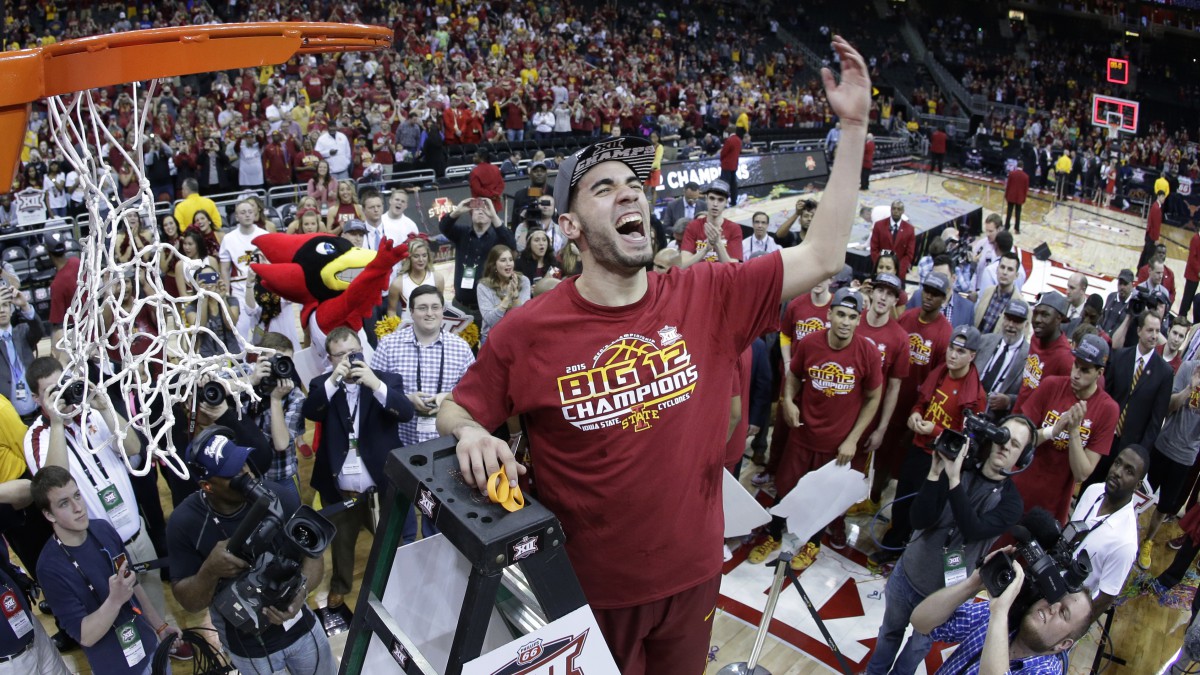 Before we get to the remarkable weekend that Iowa State had in Kansas City in winning the Big 12 championship, we should remember the sad — but inescapable — truth told by Kansas coach Bill Self after his Jayhawks had watched a 17-point lead get stolen out from under them by Mayor Fred Hoiberg and his Cyclones. This was the fifth straight game in which Iowa State had won after trailing by double digits, which is ridiculous and preposterous and altogether delightful. Anyway, Self was asked what losing the conference tournament actually meant in the long term, which, at this time of year, extends from nine o’clock Saturday night until six o’clock on Sunday night.

“By six o’clock tomorrow night,” Self said, “nobody’s going to remember this game.”

All the Grantland coverage of the 2015 NCAA tournament, right here.
Thus, as far as the first 32 or so teams in the field are concerned, the conference tournaments have been rendered largely into exhibitions. The Big 12 tournament is something of an exception in that, at least among the teams in the original Big Eight, it matches up teams with rivalries dating back to the dim times of college basketball. For example, Saturday’s final was the 239th time that Iowa State and Kansas had played each other. So there are bragging rights at stake here that are authentic antiques, and that seems to make all the difference. Even with the bizarre postmodern inclusion of such outposts as Texas and Baylor, this is the country’s Ancestry.com league.

This also is why downtown Kansas City — and the interior of the Sprint Center — was a riot of cardinal and gold all weekend. There are very few teams that travel better than Iowa State does. The city was awash for four days with kindly, happy people of all ages, many of whom had Cy the Cyclone, a critter that appears to be a cross between a cardinal and a pterodactyl, stuck to their cheeks. (Dear Iowa State: Stanford would have figured out a way to have an actual cyclone for a mascot.) This phenomenon was noted even by Self, who watched his team dissolve in an arena that was raucous with Iowa State partisans. If you wanted to steal a tractor in Ames, this was the weekend to do it.

“I obviously applaud Iowa State’s people, because I don’t know how in the world they can get 10,000 people in the building and have 5,000 people waiting to get in,” Self said. “It’s unbelievable the way they took over downtown. I guess it’s a destination, Kansas City is, for their fans because they packed them in here.”

“That first night against Texas?” Mayor Hoiberg said. “I don’t think I’ve ever heard a neutral court that loud in favor of one team. It was just unbelievable how they helped will us to that win even being down 10 with about four minutes to go.”

The hordes are off to Louisville now. What they accomplished over the weekend may be irrelevant now, but it’s a story that the people who were here will hand down through the generations, as though it were a watch, or the family farm. The acceleration of March in this troubled sport should slow down just a second and appreciate what these people all came to town to see. 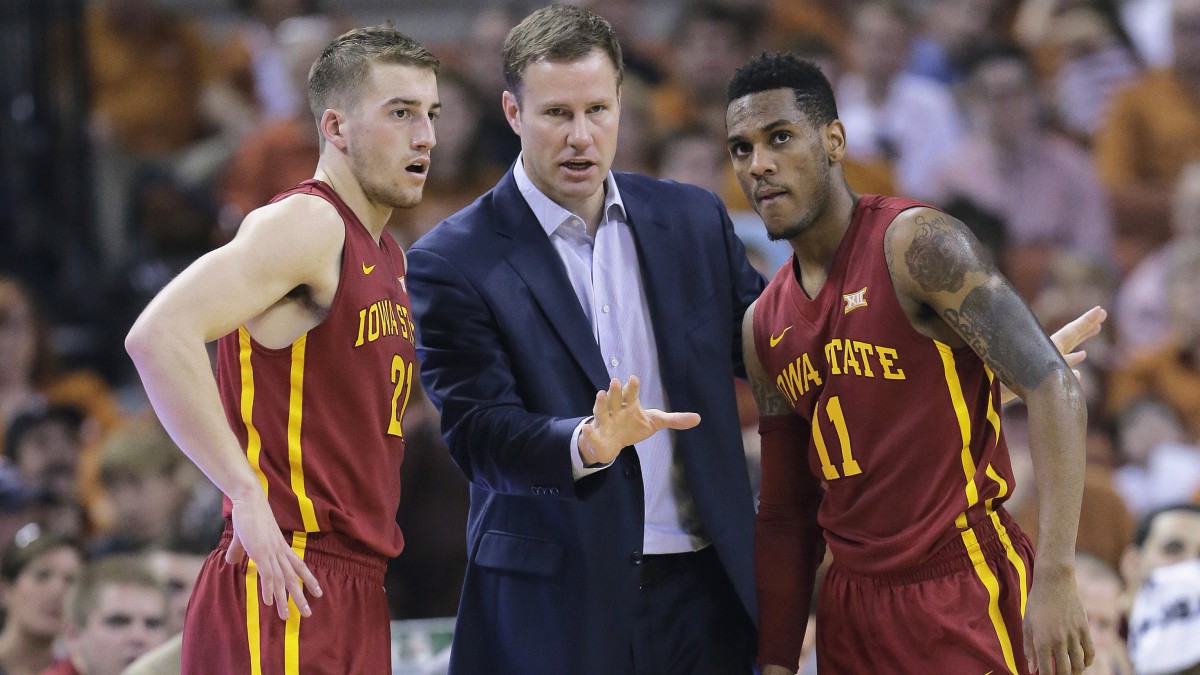 It began at the end of the regular season, when Oklahoma came to Ames and ran up a 21-point lead on the Cyclones, who then scrapped and shot and clawed their way back to beat the Sooners, 77-70. This was at the front of everyone’s mind on Friday night, when Oklahoma went up by 11 in the second half, just as it had been at the front of everyone’s mind the night before, when Texas went up 10 in the last four minutes only to lose on a Monte Morris jumper at the horn. Iowa State dispatched Oklahoma, and then, on Saturday, when Kansas led by 17 early in the second half, there wasn’t one person in the building, including Self, who wasn’t struck by the thought that the Cyclones had the Jayhawks right where they wanted them.

“I figured it would take a lot out of you guys,” said ISU’s Georges Niang, the tournament’s most outstanding player. “I’m not going to say that’s who we are, but if that’s our emergency button and that’s what we have to do, then we’re going to do it.”

The final game turned on a remarkable sequence that began with eight minutes left in the second half. By then, Iowa State had come all the way back to within 51-49. Guard Bryce Dejean-Jones broke out for a dunk and tied the game. Then he slipped through from the right wing for a layup. He did it again from the other side of the floor on the next possession. Forward Abdel Nader shook loose on another drive and then the two of them got to the rim once again each. By the time Morris sank a teardrop with 4:42 left, the Cyclones led 61-54, and they had built the lead on six consecutive individual plays that fairly bristled with confidence.

“I think the biggest thing in a three-day run against three great teams is that it breeds confidence in your players,” Hoiberg said. “They can battle through anything. No lead is insurmountable, and you find a way and bounce back, and I think from a confidence standpoint, it certainly helps your team.”

A lot of that confidence comes from Hoiberg, whose flappability quotient is well into negative numbers. (Against Kansas, after a rough call went against his team, Hoiberg’s hands briefly came off his waist. Not much by the standards of sideline German opera that you get from the average college coach, but, from Hoiberg, it was a Motörhead concert.) There is simply nothing about Iowa State that seems to rattle, nothing that seems loose or extraneous. It has a collective throttle that seems to kick at the same time in all of its players, especially for the versatile Niang and Jameel McKay, whose internal motor is set to some amazing tolerances. McKay was everywhere all weekend, grabbing rebounds, tipping passes, and dunking the occasional lob pass, all at a remarkable pace.

“I always tell myself to come out of the locker room with a lot of energy,” McKay said. “My teammates, they all look to me as kind of the vocal leader. I’m just happy it all worked out. I came here to be a Big 12 champion, and that’s what I am.”

Sunday could wait, for a moment anyway, long enough for Iowa State and its massive entourage of gypsy fans to enjoy a terrific weekend that very few people will remember come early Thursday afternoon, when the Cyclones toss it up against Alabama-Birmingham in Louisville. It may not truly become a memory until the furor of the next week dies down a little, and somebody’s grandfather tells them how very real it was.