Derrick Rose and the Seven Stages of Twitter Injury Grief 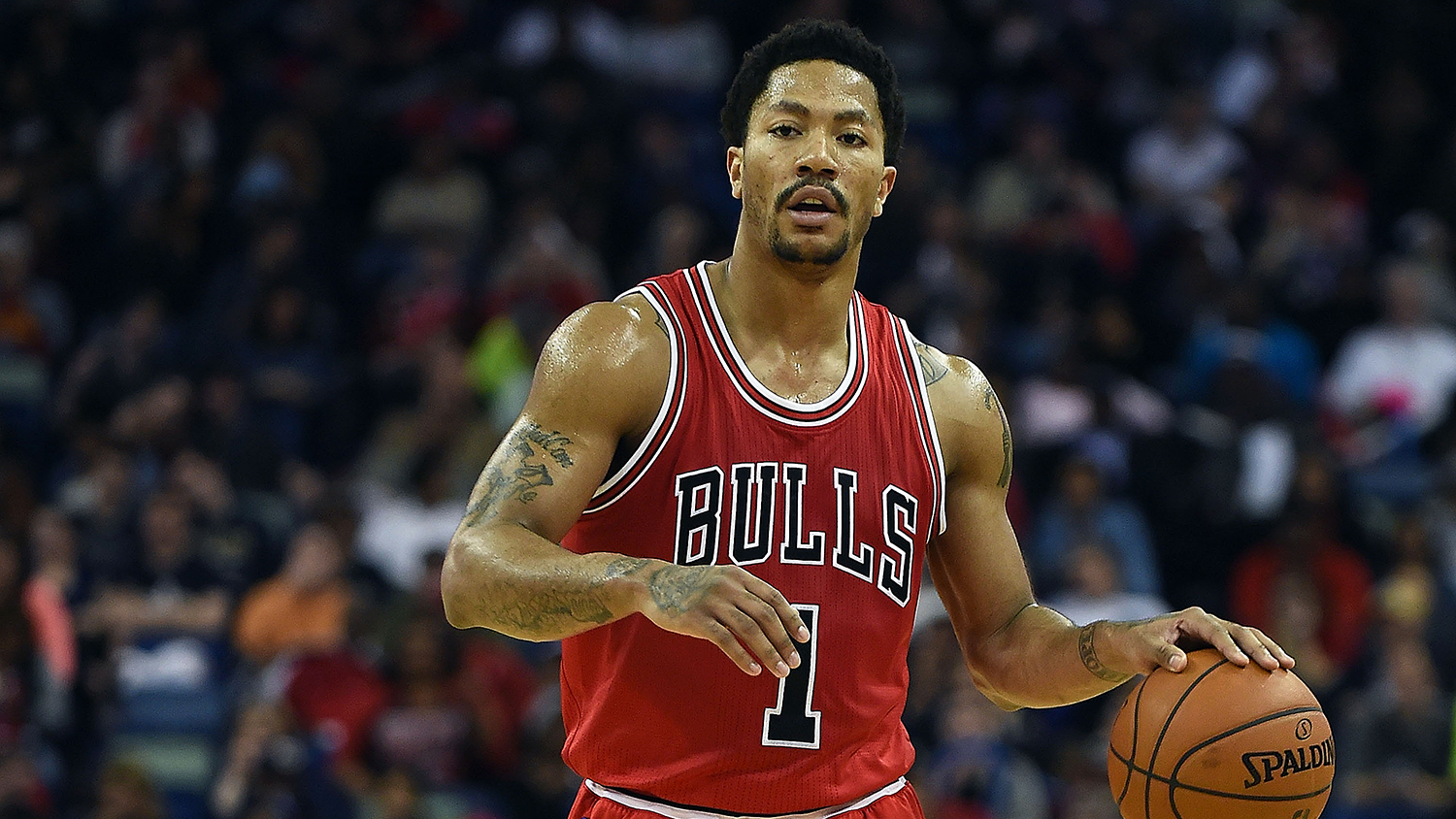 Last night we found out that Derrick Rose will be undergoing surgery to repair a torn meniscus. We don’t know what kind of surgery it’ll be, or how long he’ll be out, but considering the history, it’s obviously the worst possible news. I wrote my Sad Derrick Rose column back in October, and now reality is just twisting the knife a little deeper. There’s not even much else to say.

The worst part was how familiar it felt. There’s a script to how we process injuries now, and it’s happened so often with Rose that you can’t help but notice the blueprint.

It happens in stages. I went through every stage in about 30 minutes last night, and halfway through I realized what was happening.

Let me search Twitter and try to retrace the steps.

Bulls announce that Derrick Rose had an MRI on his right knee that showed a medial meniscus tear.

OK. This is awful.

Rose had already spent most of the year struggling — Kevin Pelton outlined it well — but there were moments that gave everyone hope. The Thursday before the All-Star break, he had 30 points and seven assists and took down the Cavs at home. There were MVP chants, he looked like his old self, and it was all fantastic. That was two weeks ago.

Just incredibly sad and sickening news out of Chicago. Derrick Rose was playing his best ball in ages just before All-Star break. No words

This is where Twitter transforms from a series of jokes and funny videos to an endless stream of heart-wrenching 140-character eulogies for someone who isn’t dead.

WHY MUST YOU FORSAKE OUR HEROES, INJURY GODS?

There's just nothing to say. It's awful.

Maybe it’s healthy. Because if you’re watching this in real time, tweet after tweet, it will make you progressively more depressed, but then eventually you’ll snap and say, “OK, it’s not that bad.”

That was me, at least. After a while, it’s like everyone’s competing to see who can be the most heartbroken. It forces you to distance yourself from all of it to preserve some sanity. In a way, reading your Twitter timeline mourning athlete injuries can give you a little bit of perspective.

Everybody’s going to be OK.

Derrick Rose is hurt, and it’s terrible, but at least we didn’t have to watch any horrible replay shown 100 times over the course of an hour.

Traditionally, any catastrophic injury to an athlete comes with a catastrophic replay, and a key phase of the grief process is all of us saying, “Oh God, there’s video, so awful, DO NOT WATCH,” As we tweet it to everyone. Paul George and Louisville’s Kevin Ware are both classic examples of this, along with roughly 25 horrific NFL injuries every year.

Beyond that one awkward landing by Rose in Chicago against Milwaukee — still pretty tough to watch — we skipped this step on Tuesday night.

(When celebrities die, replays are replaced with their most poignant quotes and greatest hits on YouTube. This is just as predictable as the injury replays, and maybe just as exploitative. But it’s 1,000 times more enjoyable. Regardless of whether social media makes us all twice as melodramatic, there’s something sweet about watching everyone share their favorite memories of someone.)

Derrick Rose to have surgery on torn right knee meniscus. Same meniscus fixed last year. If torn portion removed could be back for playoffs.

All of these people are doctors. None of them are Derrick Rose’s doctor. That’s the first, obvious problem.

The bigger issue I have with trusting any of these people: I refuse to believe any good doctor is on Twitter. Doctors have work to do — lives to save, ligaments to repair, fundraisers to attend, wives to not kill. Any good doctor should be too busy to check his or her mentions. You wouldn’t trust a doctor who’s handing out flyers at a bus stop. Why would you trust a doctor on Twitter?

I guess it's official: Derrick Rose is the Penny Hardaway of this NBA generation. Bummer for him and Bulls fans.

There are a few forms of the injury hot take.

The first is to search for someone to blame. When Paul George got hurt, it was FIBA’s fault, and some people wanted to ban NBA players from playing international basketball. When Kevin Ware got hurt, it was the NCAA, along with evil (and still very stupid) raised courts, and websites that dared show that horrific replay.

With Rose, the scapegoat has been Bulls coach Tom Thibodeau. In fairness to the critics, Thibs is a lunatic. He was playing Rose in the final minutes of a Bucks blowout on Monday night. But really, even if there’s a shred of truth to the criticism, it’s almost never fair. Blaming people in the aftermath is usually more emotional than rational. It’s a way to make sense of freak accidents that make no sense.

Then, some of the hottest takes of all come from people who scold anyone who’s not sad enough. Like, if you note that Rose will still get $40 million for the next two years, you somehow don’t get it. I don’t know. In my head, my first reaction to every single Rose injury has been “Glad he got that $94 million contract when he did.”

There have been a hundred different athletes who have suffered career-ending or career-altering injuries before they had a chance to get paid like the best player in their sport. Right there in Chicago, Ronnie Fields was one of the most incredible high school players the city’s ever seen. He was Vince Carter before Vince Carter, and he starred on his high school team with Kevin Garnett. In his senior year, the week before the playoffs, he got into a car accident and fractured a bone in his neck, and his career was never the same. Ben Wilson was an even bigger star than Fields, and he was shot and killed in 1984.

None of this is to diminish what’s happening to Rose; it’s just a little perspective. If your first response is “He’s worth $100 million, he’ll be OK,” that’s not exactly minimizing the injury. If I explained this to anyone who doesn’t follow basketball, that would be their first response. That’s probably the most human response. This is terrible, but look at the silver lining.

Of course, then you see someone like this, and lashing out at everyone in the world suddenly makes a lot more sense.

DERRICK ROSE IS A MULTI-MILLIONAIRE WHO IS SET FOR LIFE. IF A FEW TWITTER JOKES ABOUT HIS HURT KNEE BOTHER YOU, THEN YOU'RE A GRADE A PUSSY.

SportsTalkJoe wins this round of takes.

The answer to this question is always yes.

FUCK YOU AND YOUR DERRICK ROSE INJURY JOKES

But it’s especially true on nights like Tuesday. It’s the final phase.

What will the Chicago Bulls do without Derrick Rose? #BrianScalabrine pic.twitter.com/GVa4IfeJw9

Once the memes start making the rounds, it’s time to press the eject button. It’s the healthiest stage of the process.

Here’s what we know: Derrick Rose is hurt again, and it’s devastating for a lot of reasons, most of all because it’s not even a little bit surprising. We’re watching the youngest MVP in NBA history crumble. He was healthy and tearing through the NBA only four years ago, but it feels like it’s been a decade since then. There are no conclusions to be drawn from all of this. Sometimes the universe just sucks.

Here’s the only thing you could actually learn last night: Twitter adds nothing to the injury grieving process. It will just make you depressed, or angry, or weirdly cynical of people who are sad. Remember this, Bulls fans. Remember this, everyone.

This was pretty good, though:

Derrick Rose tore another ligament in his knee. I'm sure Coach Thibs will still try to play him 40 mins tomorrow night.

Get well soon, D. Rose. We’d all much rather be making fun of Thibs than mourning your meniscus.

The Game Is Round: Kevin Garnett’s Career Reaches a Rare Full Circle Back in Minnesota