The Great Escape: How the NBA Offseason Turned Into a Summer Action Thriller 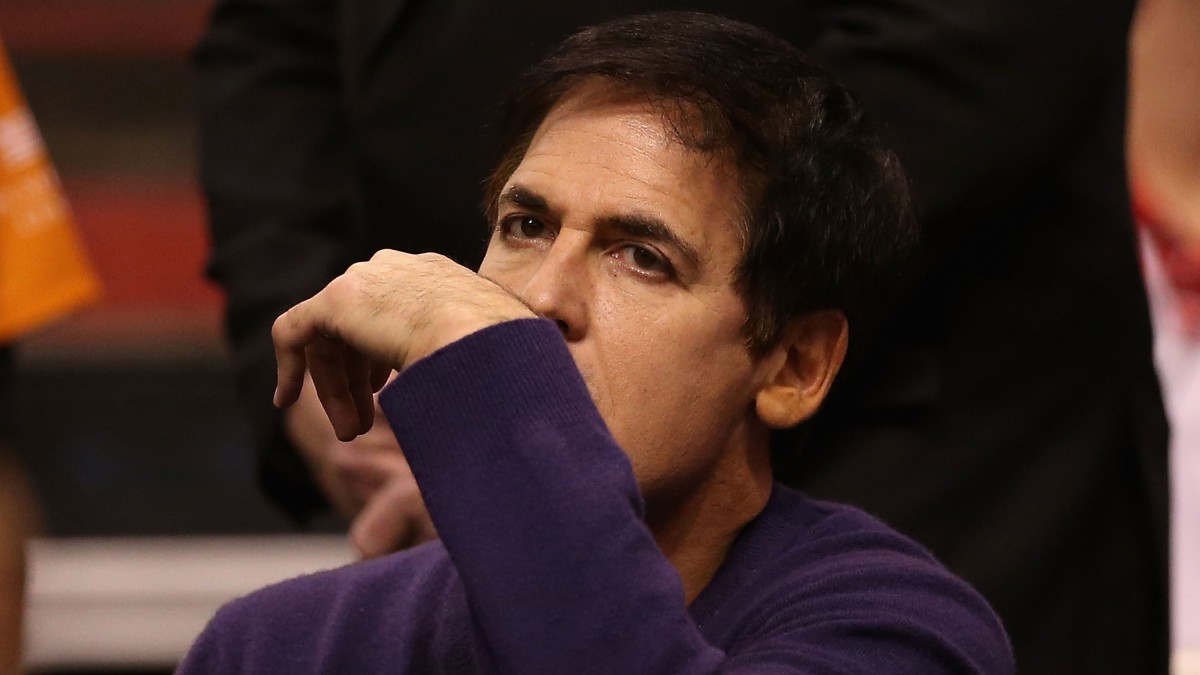 There was a moment a few weeks ago when I thought I might write about the two Cuban baseball players who went over the wall in North Carolina. I thought there would be international intrigue in the story, covert operations, too, and perhaps a cameo from the young Diana Rigg. I thought there was a very real chance of a car-chase sequence and, maybe, a couple of sequels. This did not occur, obviously, but I had no idea that we were going to have a domestic sports drama that was going to be every bit as Michael Bay as anything that could have happened with our new trading partners in the Caribbean.

Let us speak, then, of the deathless saga of DeAndre Jordan, a very talented big person who played this season for the Los Angeles Clippers, and who did so well enough that he was primed to Get Paid as a free agent at the end of the season, which, truth be told, ended sooner for the Clippers than a lot of people thought it would. Jordan threw himself into the free-agent market, which is what any thinking person in his situation would do. Which is about when the summer action thriller broke out.

It seems that in the NBA collective bargaining agreement, which I believe is written entirely in dollar signs, there is this eight-day period in which contracts can be negotiated but not formally signed. The Clippers offered Jordan a five-year deal for $108 million. Meanwhile, down in Dallas, Mark Cuban, the world’s smartest human — just ask him — chimed in with an offer of $80 million for four years, which meant that Jordan would get to free agency again sooner, when he would be only 30 years old. This was, in short, a two-payday deal. (One that wasn’t actually the most lucrative option, but no matter.) Jordan agreed to it but, because of that quirk in the CBA, he couldn’t sign. It’s about here in the movie when the first tanker truck explodes.

Jordan soon began sending signals to the Clippers that he was having second thoughts. Not being a bag of hammers themselves, the Clippers leaped back into action. There were all kinds of shenanigans on social media; Chris Paul, who wanted to keep Jordan on the Clippers to rebound any of Paul’s missed 3-point shots in next year’s playoffs, cut short a vacation in the Bahamas to join the Clippers contingent, which moved into Jordan’s home in Houston and (allegedly) refused to leave until Jordan re-upped.

This, of course, left Cuban out in the cold and holding the bag. Supposedly, he was driving around Houston trying to find Jordan’s house, and nobody would tell him where it was. (Cuban subsequently denied this part of the story, and I’m inclined to believe him on that one.) Nevertheless, the Clippers contingent — which included coach Doc Rivers and owner Steve Ballmer — maintained their control over their hostage until Jordan agreed to come back to the team. And Nicolas Cage gave the Declaration of Independence back, so everyone will now live happily ever after.

Except Mark Cuban, who seems steely-eyed but still pretty pissed over the whole deal, and who probably has a right to be, although I would remind him of the wisdom I learned many years ago from an old college basketball coach named Abe Lemons — verbal commitments aren’t worth the paper they’re printed on. Nevertheless, having spent Wednesday night out in the cold and holding the bag, Cuban now finds himself behind the eight ball. (His unconscious body will one day be found in a trackless wilderness of clichés.) Free agency is practically over and there’s very little left from which the Mavericks can choose. This is something that Cuban, of all people, should understand. Welcome to the free market, folks. And Jordan likely will have a lovely time of it the first time the Clippers go to Dallas.

What I was hoping for was that we’d all have a good laugh about this. But, unfortunately, the national gift for stylish outrage has kicked in. Jordan’s change of mind — and, I daresay, his change of heart — is being portrayed as the worst kind of perfidy, and all manner of weasel-speak is being employed to cast him as the villain of the saga, even though he didn’t do anything except change his mind. If he’d jumped an actual contract, I might find even myself in the rear of the posse. But it wasn’t DeAndre Jordan who set up this preposterous system in which there is an eight-day window between agreeing to a deal and signing one. I would argue that the only reason for the existence of that window would be to give players the freedom to do exactly what Jordan did. (The National Basketball Players Association seems to feel much the same way.) Did Jordan “renege”? I guess so, but he did so within a system set up to give him just that opportunity. And now there’s nothing left but the bitter recriminations — which is completely great, by the way.

We are thirsting for simple humanity in our sports these days. We are drowning in marketing and in the lucrative transformation of our athletes into performing cartoons. The height of the form was probably LeBron James’s unfortunate made-for-TV “Decision” to leave Cleveland and play in Miami. It was cold and soulless. It was business as business. There was no blood in it at all. And, for one of the few times, most of the country rebelled against the very bloodlessness of it. He didn’t truly recover until he went back to Cleveland, hoisted the team on his back, and, with his skills visibly fading for the first time, got the Cavaliers all the way to the NBA Finals.

Compare, now, “The Decision” to the role that James played in Wednesday night’s comedy. It began with a photo in which James, Dwyane Wade, Chris Paul, and Carmelo Anthony were shown chilling with some fine vintage, and then in another photo showing about a billion dollars’ worth of basketball talent riding a damn banana boat around a harbor in the Bahamas. Believe it or not, that latter photo became positively iconic in the carnival that erupted around DeAndre Jordan.

When Jordan began to change his mind about going to Dallas, and the Clippers went to a general DEFCON 2, Paul cut his vacation short to come back and join the Los Angeles delegation at Jordan’s house, where the deprogramming was already under way. Following Chandler Parsons’s lead, Paul tweeted out two emoji — a banana and a boat. Twitter erupted with emoji and with pictures of various forms of conveyance, except for Kobe Bryant, who tweeted photos of championship trophies, because he is Kobe Bryant and graceless. The point is that the whole process had spiraled beyond the control of those corporate drones whose job in life is to drain all the unpredictable, renegade humanity out of sports.

Too many of us have allowed the delights of being a sports fan to petrify into something stolid and humorless. (I occasionally blame sports-talk radio for this. But then again, I blame sports-talk radio for bad weather, the croup, the failure of several Mars landers, and what’s happening to the polar ice caps, so maybe I’m not the best judge of things here.) We have tacitly approved of the commodification of the people who play the games. We believe in what they sell more than we believe in who they really are — which makes sense because an entire industry has been built up to keep us from seeing who they really are.

So let me just say thank you to everybody involved in the pursuit and gentle abduction of DeAndre Jordan, even Mark Cuban, who, when it all was finished, ended up empty-handed. For the better part of 48 hours, an actual human drama, shot through with pride and ambivalence, played itself out in real time and everything turned out (probably) the way it should have in the first place. That saved the whole thing from turning into one of those unwieldy moral hobbyhorses that have carried away our ability to laugh at what human beings do to themselves in extreme circumstances.

Come to think about it, maybe it’s a quiet indie little film instead.

'NBA After Dark' Podcast: The DeAndre Jordan Saga and Other Free-Agency News