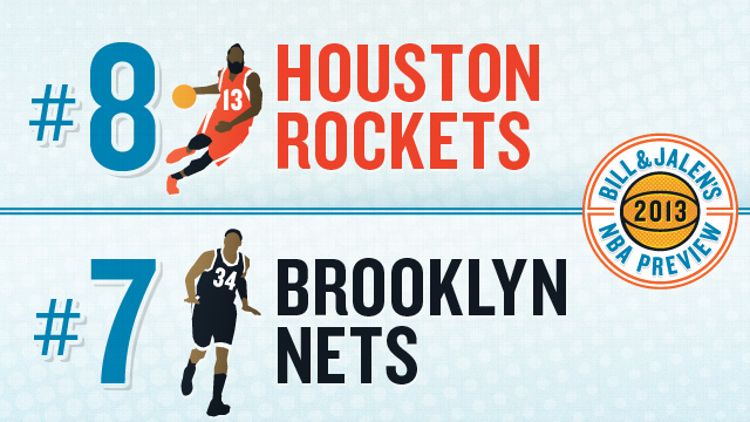 Revenge of the nerds! Bill and Jalen decide whether the addition of Dwight Howard will bring a championship to Houston, wonder where Omer Asik will finish the season, and predict that Kevin Durant will eventually join James Harden and Howard on the Rockets to form a new “big three.”

You might not think much of the Brooklyn Nets’ championship chances, but after watching this preview, Bill and Jalen will have you wondering if the added veterans, new coach, and super-expensive starting five can make a run to the Finals. You will also learn how Mikhail Prokhorov convinced Andrei Kirilenko to sign for less in Brooklyn, what Kevin Garnett’s shot chart looks like, and what Jalen was doing in the ’90s with Das EFX.