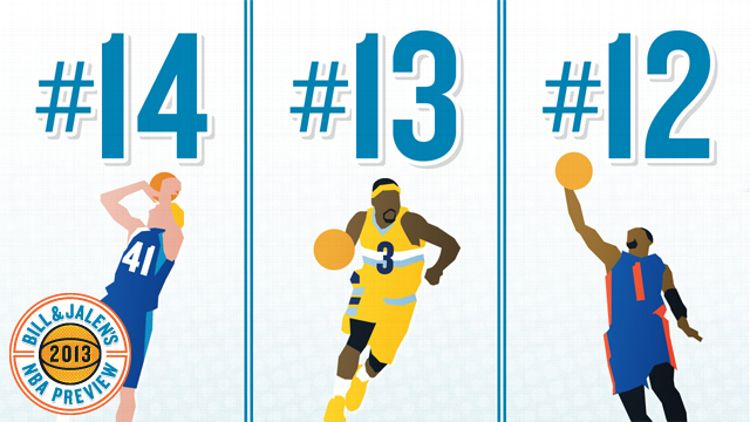 14. Dallas Mavericks
Bill Simmons and Jalen Rose skeptically review Mavs owner Mark Cuban’s latest attempt to field an NBA championship roster and consider what Monta Ellis can provide as a second scorer. Plus, Clairvoyant Bill sees a big year coming from Dirk Nowitzki. NOTHING IS OVER!

Bill and Jalen look at the impact that the loss of Andre Iguodala, the maturation of JaVale McGee, and the legalization of marijuana will have on the Denver Nuggets and their fans.

Bill and Jalen head to Jalen’s hometown, Detroit, where they break down the upcoming season for the new-look Pistons with the help of Michigan legends Stevie Wonder, Axel Foley, Bob Seger, Berry Gordy, and the huge zit that Jalen had on draft night.